From the looks of it, Mike had a very busy media-filled day today as he made his rounds from public appearance to public appearance, all in an effort to promote his new book. The Holmes Manual, which hits the shelves June 3 in Canada, is a book that tackles homeowners most commonly asked questions about the nitty gritty of home maintenance. US fans can also purchase the book in Mike's official webstore on the MAKEITRIGHT.ca website.

Early this morning, Mike Holmes was at CTV for an interview on the CanadaAM morning show. See photos from Mike's interview: 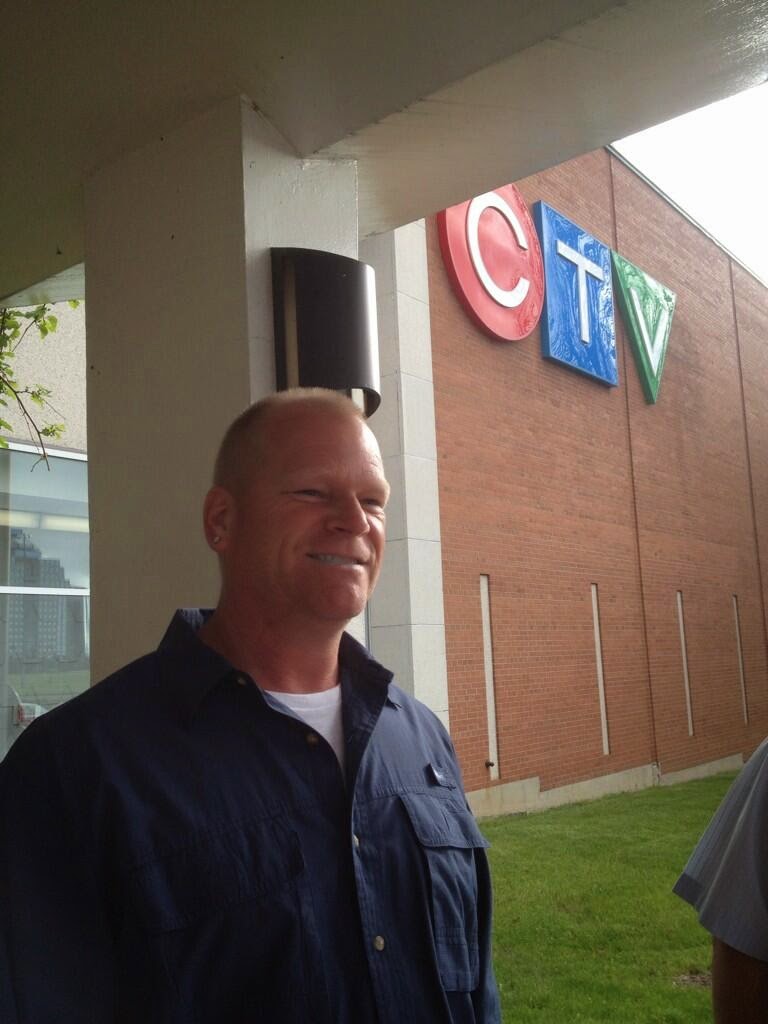 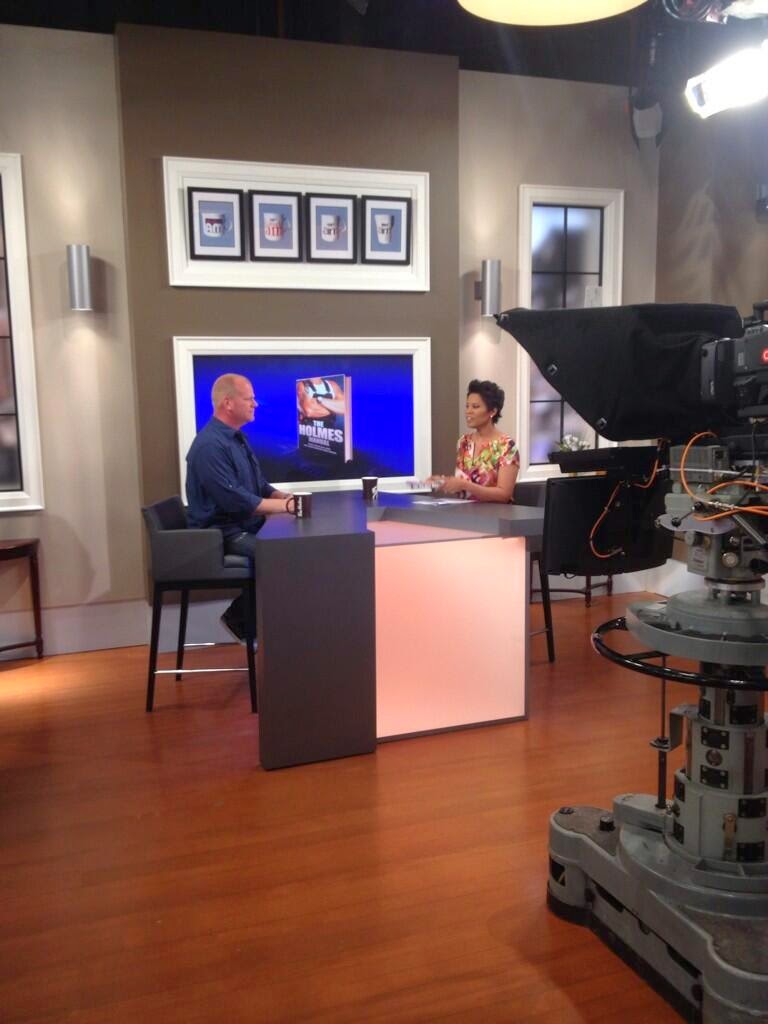 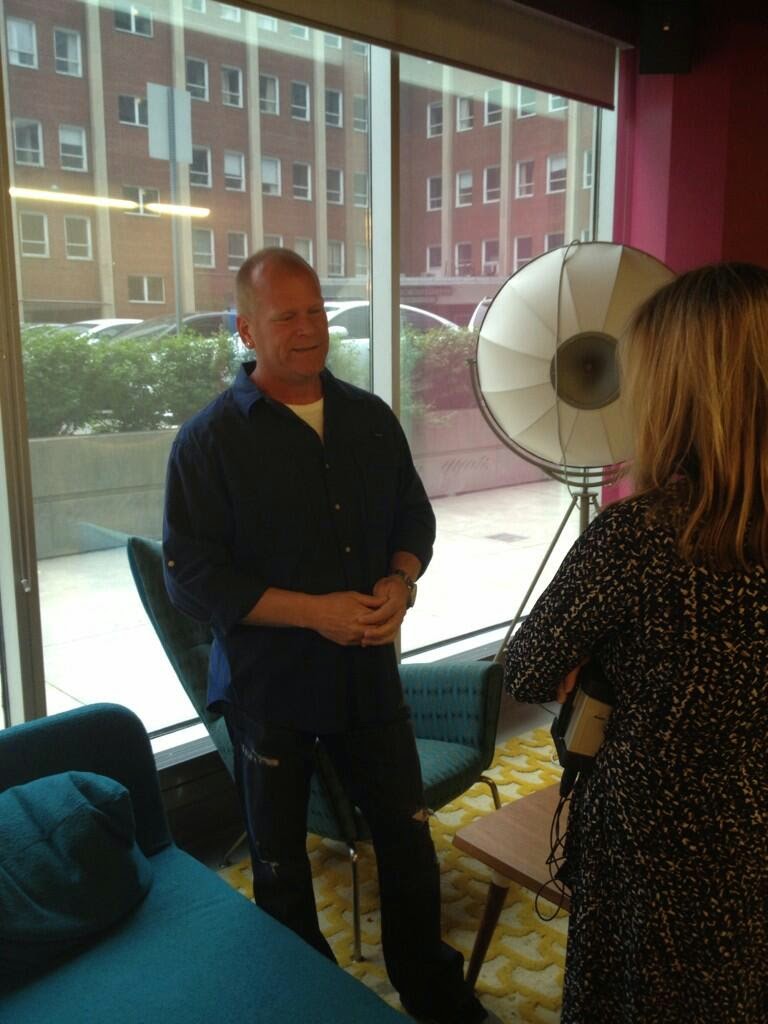 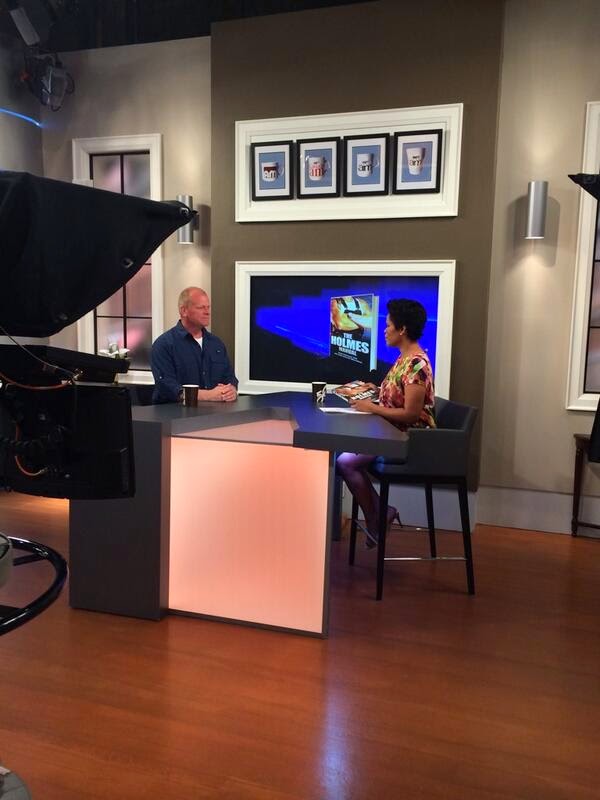 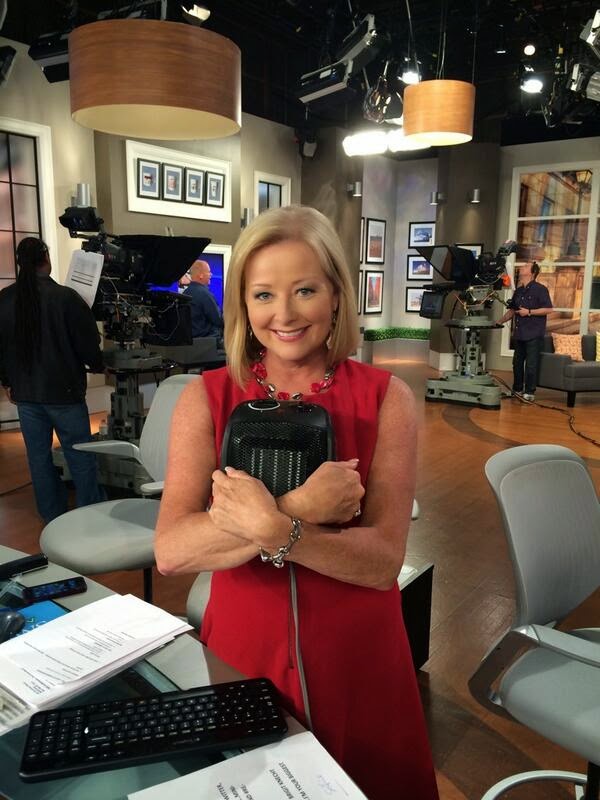 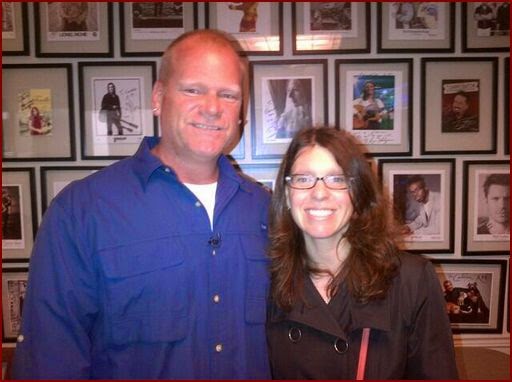 After the interview, Mike was off to the First Canadian Place for a Holmes Manual Interview/Q&A. As expected, both the 12:15 PM and 1:15 PM sessions were complete packed! The interview was conducted by Canadian Living’s Brett Walther. Photos from Mike's visit: 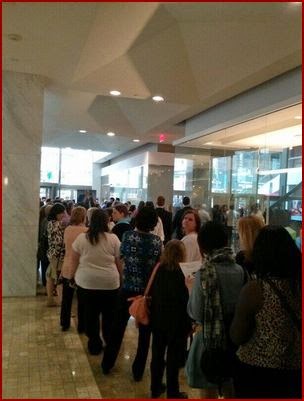 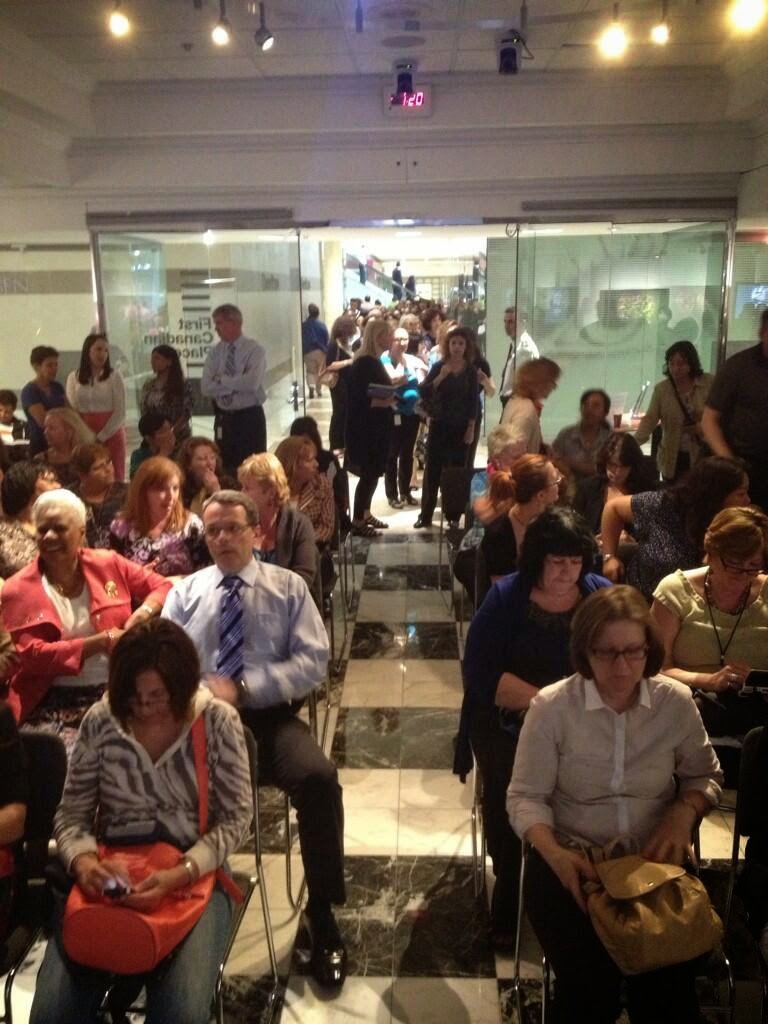 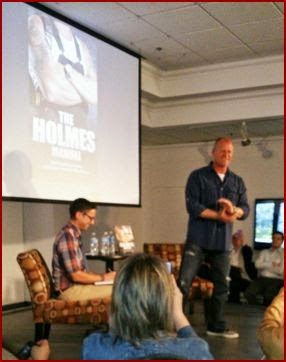 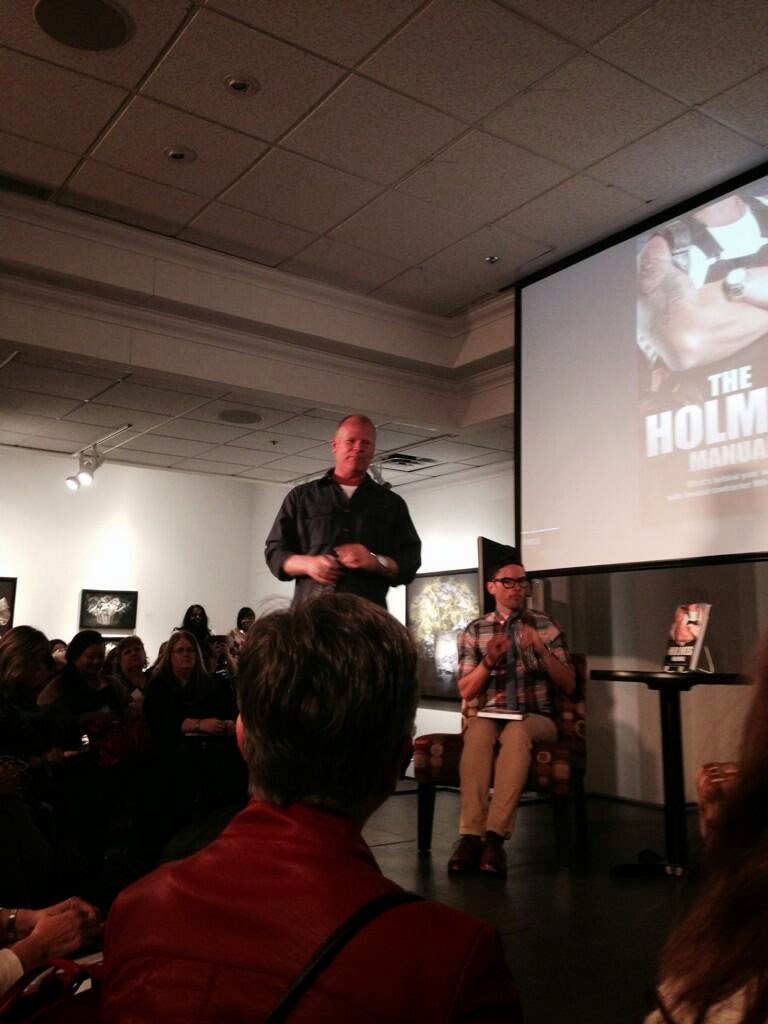 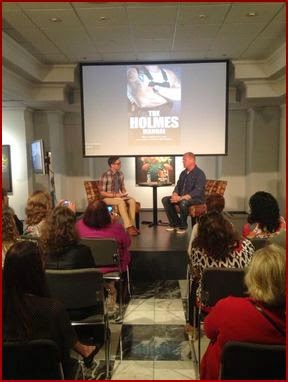 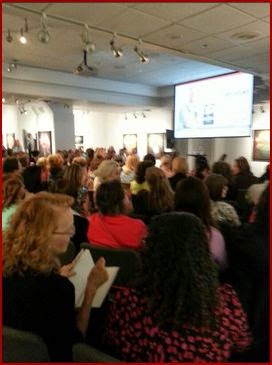 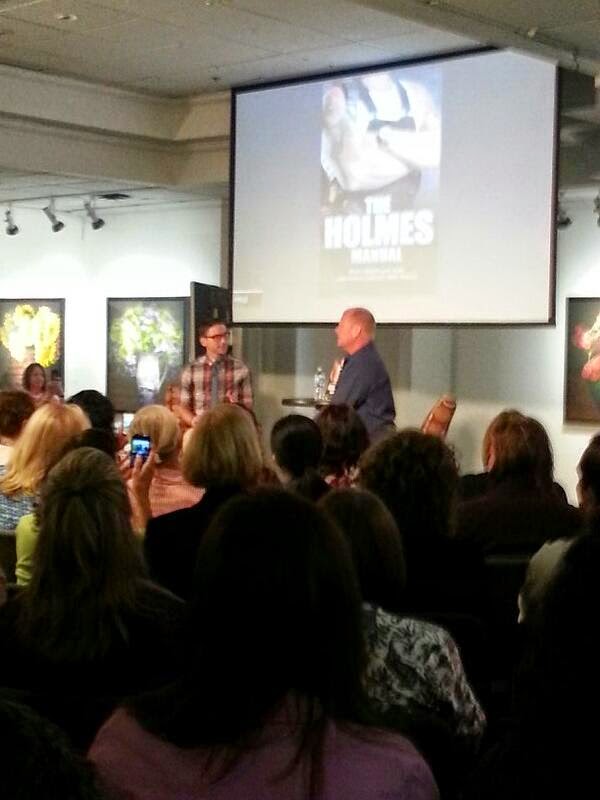 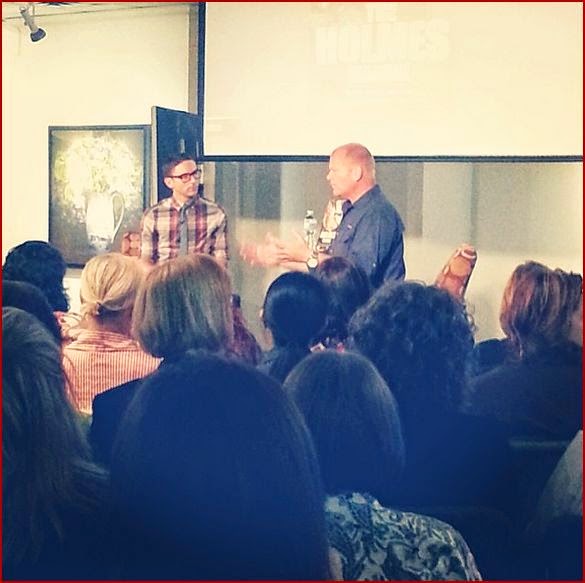 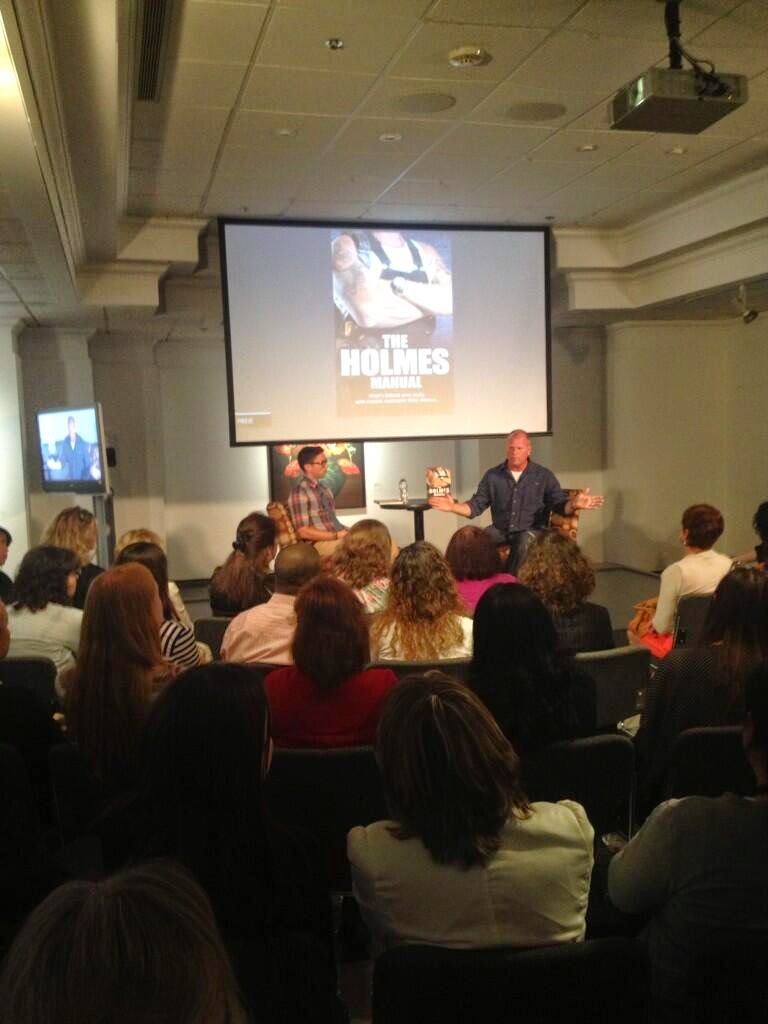 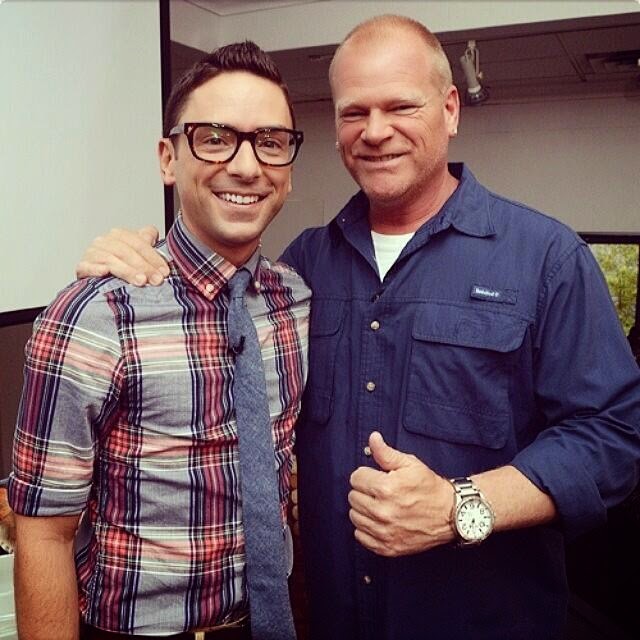 Here's a small bit about Mike's appearance on the MyCanadianPlace.ca web calendar:


Mike Holmes in Conversation with Canadian Living’s Brett Walther
May-28-14, First Canadian Place Gallery
12:15 PM,1:15 PM
If you’re a homeowner, it’s important to know what’s behind your walls, no matter how nerve-wracking the thought might be. Canada’s Most Trusted Contractor Mike Holmes explains why at First Canadian Place with his new book The Holmes Manual – a must-have guide for homeowners.
A no-nonsense professional contractor, best-selling author, and the star of the hit TV series Holmes on Homes, Holmes Inspection and Holmes Makes It Right, Mike will be interviewed by Canadian Living’s Home and Garden Director, Brett Walther. Mike will answer questions about his latest book, address common homeowner concerns, share season maintenance tips and even offer advice for buying and selling residential properties.
These two charming home experts will also ensure you understand how crucial it is to address issues around the home such as the state and condition of your walls (including the electrical, insulation, plumbing and other hidden elements) before you even begin to think about paint colours, hanging artwork or decorating.
After each session, Mike will be available for book signings. A signed copy of Mike Holmes’ The Holmes Manual makes a great gift for Father’s Day!
Presented in association with Indigospirt. The Holmes Manual arrives in stores May 27.Web: makeitright.ca/

Next, Mike was off for yet another interview with ETCanada. After the interview, Mike sat down to read some comments from his fans on Twitter (love those hipster reading glasses!). 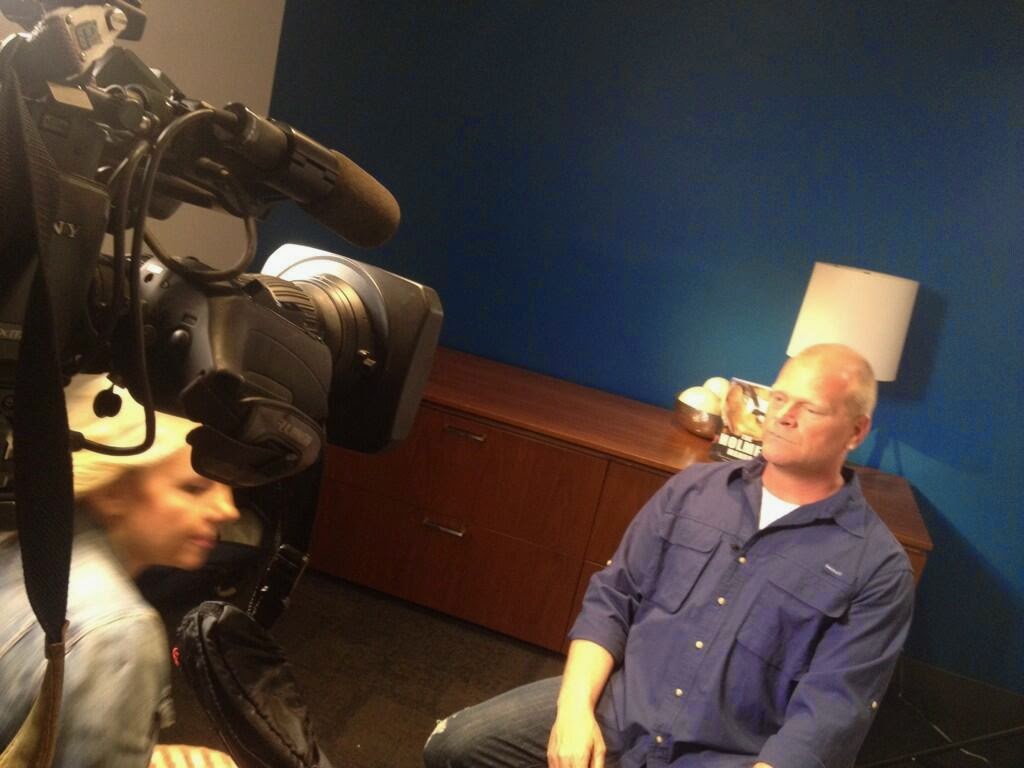 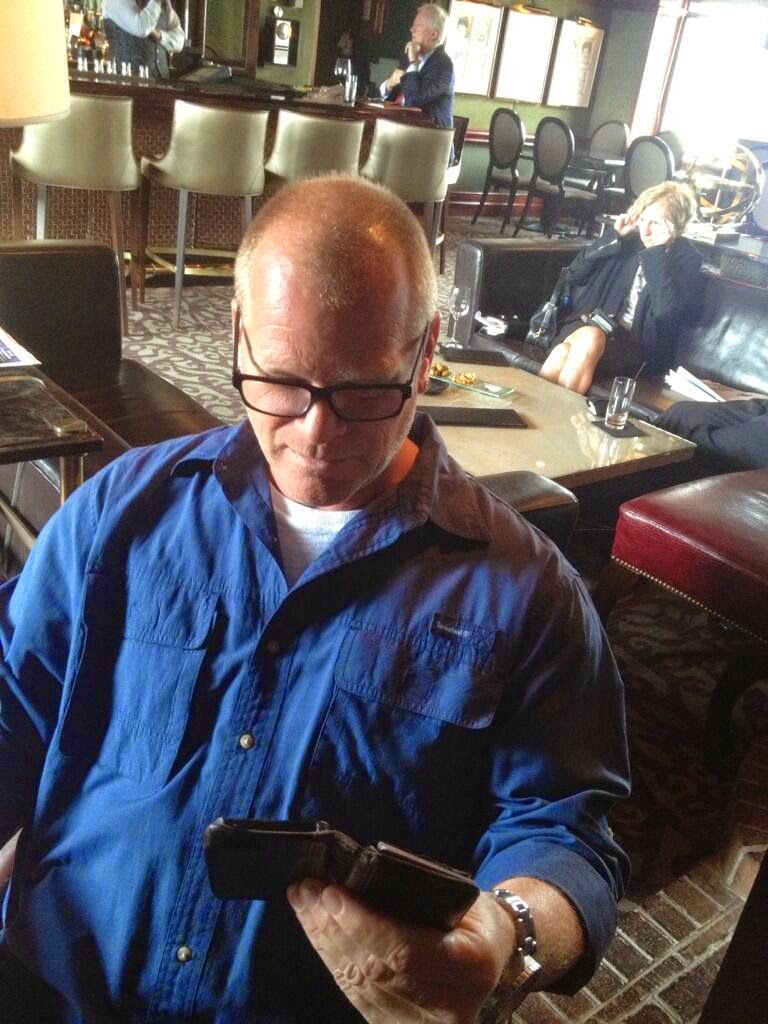 For Mike's last appearance of the day, Mike did a book signing at the Toronto Public Library at 7PM. Again, very, very large crowds of people eager to meet Mike! 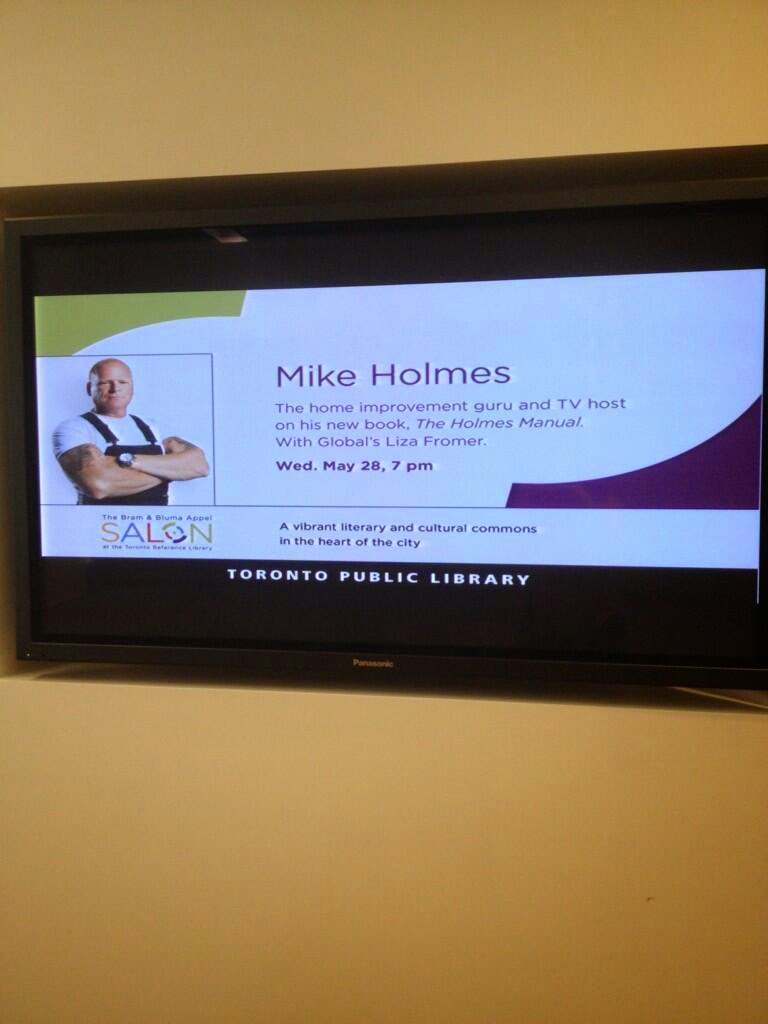 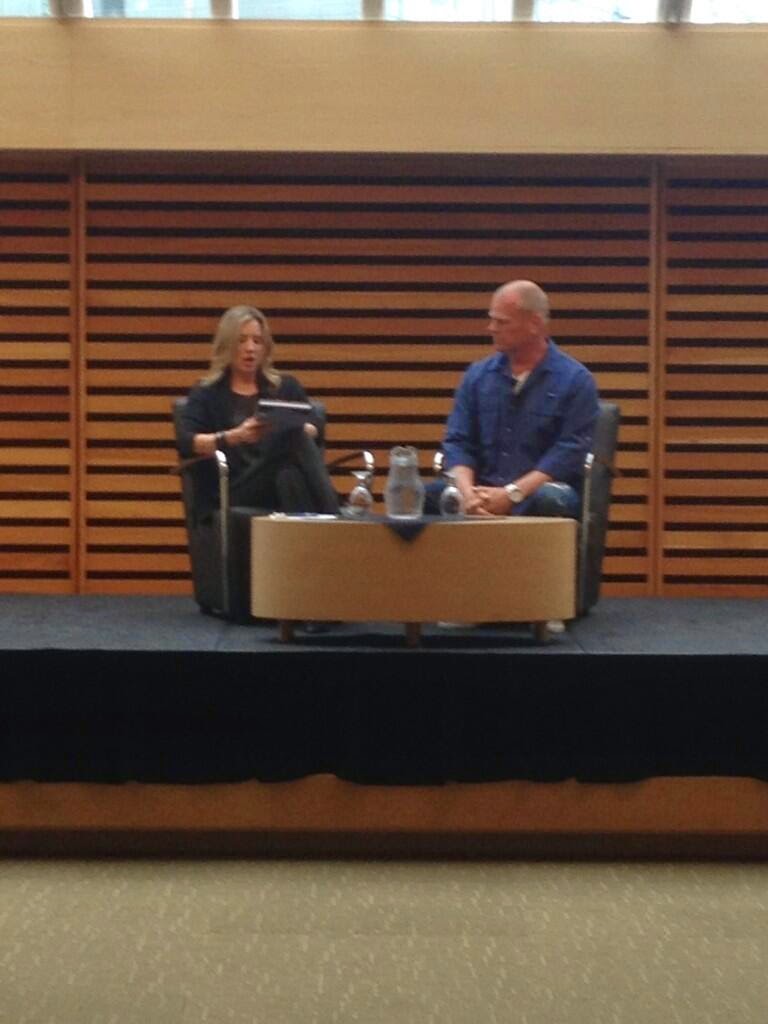 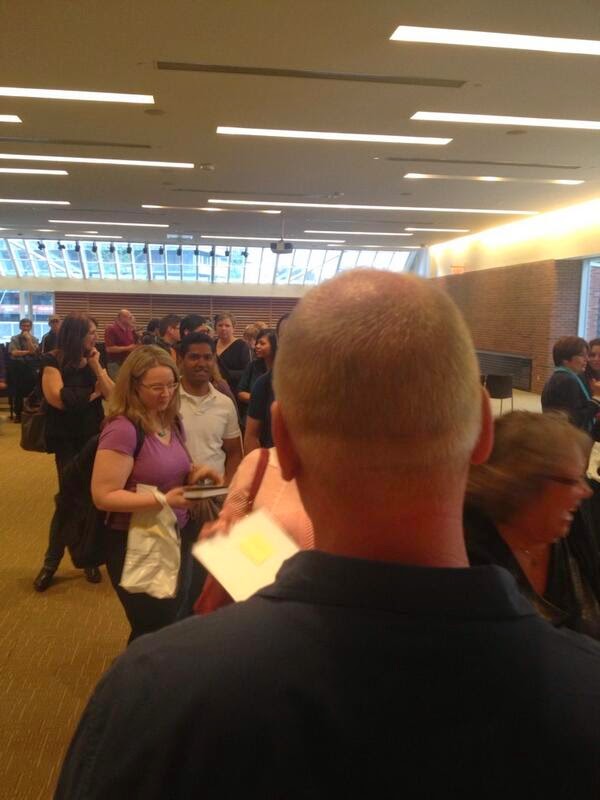 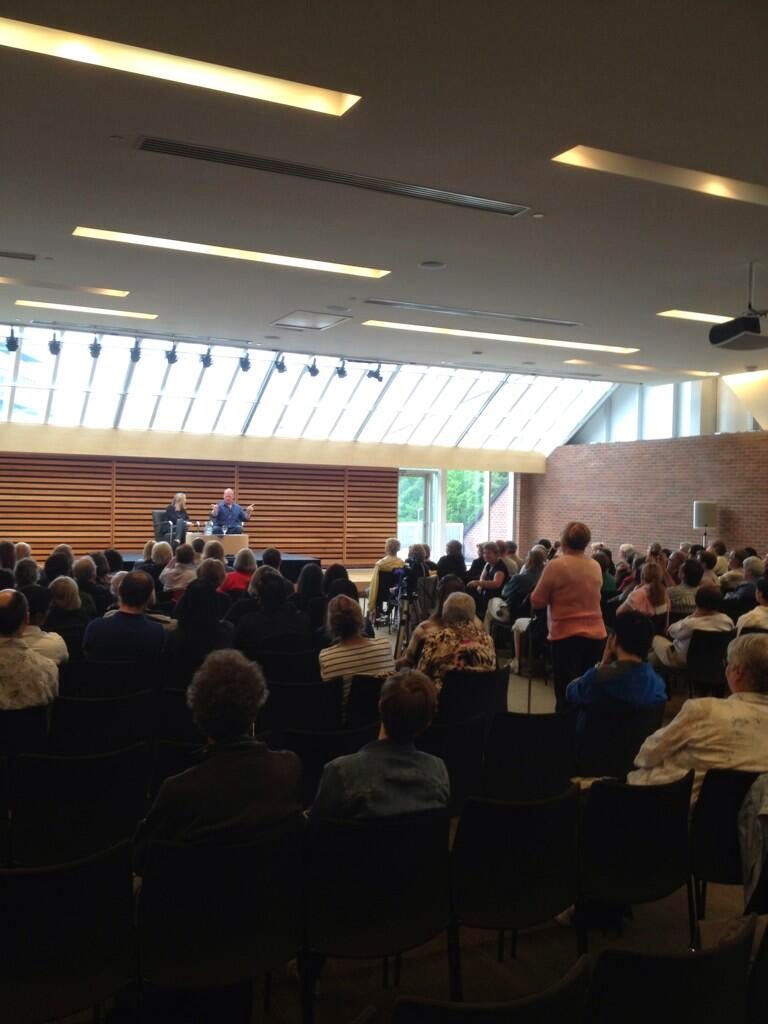 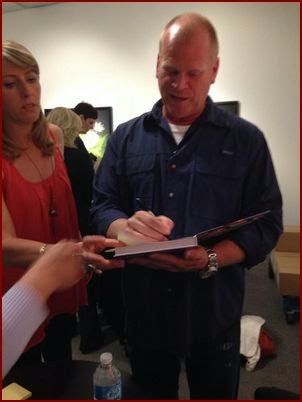 What an exhausting day! Mike deserves some R&R after a day like that! I can't wait to get a copy of Mike's new book!
Posted by The Holmes Spot at 7:44 PM