In Memory of Craig Lowe

On Sunday it was announced that Craig Lowe, Mike's dear friend and colleague, passed away suddenly. Craig Lowe had been working with Mike on his shows since the early days of Holmes on Homes. Every fan of Mike's knows who Craig is and respects him as a true professional. For more information, please see Rest In Peace Craig Lowe.

The Holmes Spot would like to extend our sincerest condolences to the Lowe family. I can't imagine the devastation they feel right now. In my belief system, we mourn with those who mourn and weep with those who weep, and the entire community of Mike's fans and those who appreciate the hard work of dedicated craftsmen are mourning with them. Our sincerest prayers and love for all of Craig's family and friends. 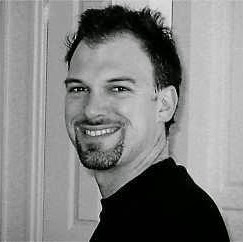 CRAIG LOWE October 28, 1972 to August 2, 2014 Treasure hunter, lover of life and a passionate adventure seeker. We lost Craig much sooner than we should have. Craig was always smiling, kind and fired up about whatever life was bringing next. His energy was contagious and never-ending. His children were everything to him and they lit up his life. Amazing husband to Kaley and wonderful father to Sydney, Alexa, Ryley and Lainey. Beloved brother of Kristi, son of Don and Jacquie Lowe, son-in-law of Gail and Alex Gray and grandson of Jack and Eileen Finan. A celebration of his life will take place on Monday, August 18, 2014 from 4 to 7 p.m. at Turtle Creek Golf Course at 11660 Guelph Line, Campbellville, L0P 1B0. Please wear casual and colourful clothes, he would have wanted it this way. In lieu of flowers or donations, please consider sending your best story, memory, picture or video of Craig at any age to: [email removed by THS to prevent bot spam. Visit original link to view.] We will use them to create a memory book for his children. You may submit more than one, as we know some of you have lots! We would like to have them all. 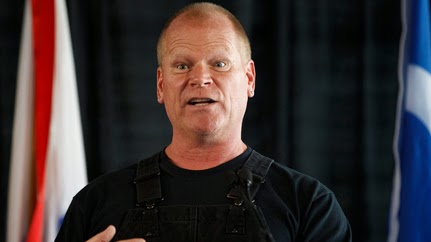 TORONTO -- Television personality Mike Holmes says he's "blown away" by the death of his friend in a weekend scuba diving incident accident.
John (Craig) Lowe, 41, a Mississauga, Ontario house painter and frequent guest on the popular television show Holmes on Homes was found dead Saturday off the coast of Nova Scotia.
"He was an avid scuba diver, he loved it, he was a professional at it so this doesn't make any sense to us at all," Holmes, 51, said.
Holmes spoke from his boat where he was spending the long weekend celebrating his birthday with family.
"It's terribly tragic. When I woke up yesterday morning and found my daughter crying telling me happy birthday and I knew something was wrong," Holmes said.
The longtime friends met while working on a job 15 years ago, before the television series.
Lowe worked with Holmes completing painting on many projects. Over the years, they went on white water-rafting trips and to the Muskoka cottage of Lowe's mother-in-law.
When the television show began, Lowe's relationship with Holmes led him to become a prominent guest.
"He was on the very first show and he has painted almost every single home on the show," Holmes said.
His talent as a painter and his desire to teach people about his craft made him a popular guest on the show, according to Holmes.
"He's got a big heart; he wants to help other people, he wants to educate other people so he was really good in front of the camera," Holmes said. "Everyone loved the guy."
Lowe had been diving for 20 years and travelled to pursue the sport, Holmes said.
He added Lowe went to Nova Scotia to dive in Aspy Bay with a friend in search artifacts from a French shipwreck.
Lowe had many friends who were also divers, including his wife, and much of the Holmes on Homes crew. Holmes never had the opportunity to dive with him.
"I wish I had," Holmes said.
Lowe leaves behind a wife and four daughters. A funeral is expected to take place in the GTA by the end of the week. Holmes will be closing his business for the day so that all his employees can attend.
Posted by The Holmes Spot at 5:17 PM