Canada is not necessarily a country made famous by its exports. We've got French wine, Swiss chocolate, Polish sausage, German beer, and English tea. So other than poutine and maple syrup (which are both as delicious as they are Canadian), what exactly is Canada's most valuable cultural export? Believe it or not, it could be very well be a series of extremely popular television shows which hold a surprisingly strong global appeal. People from all over the world find themselves captivated by some of HGTV Canada's most endearing hosts, such as Scott McGillivray, Bryan Baeumler, and Mike Holmes -- the Holy Trinity of HGTV. Nearly 3 out of 4 of the shows featured on HGTV Canada have sold in the US, and many shows such as Holmes on Homes air in dozens of countries around the world! It's crazy to think that these renovation reality shows could hold such universal appeal. The article below examines the phenomena that is HGTV Canada's world wide appeal, and rightfully states that Mike Holmes is the heart of HGTV.


TORONTO - Mike Holmes never wanted to be on television.
The straight-talking builder had worked as a contractor for decades before he wound up filling in behind the scenes on an HGTV Canada show. While in a network executive's office one day, Holmes — a passionate defender of practical home-building — gave him a piece of his mind.
"I said, 'You know what, I watch the shows on your channel and this is poor information that I'm seeing. I'm sick and tired of seeing people getting screwed and fixing crap that doesn't make sense,'" recalled Holmes. "He stood up and said, 'I want a pilot right away.'" 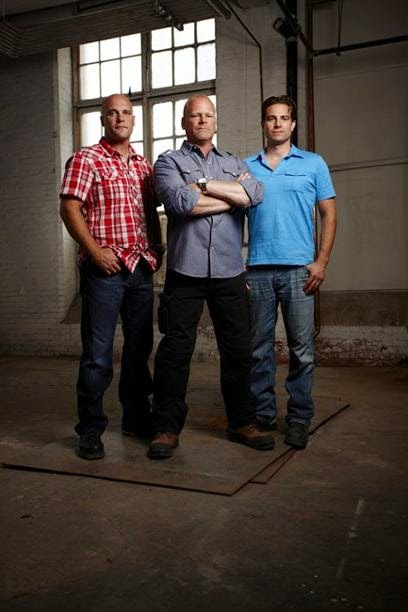