What would it feel like to be Mike Holmes' contractor? My guess would be quite nerve-wracking, after all, Mike is the ultimate perfectionist when it comes to building. On September 1, Mike's son, Mike Jr. "MJ," tackles the ultimate project, that is, building the ultimate dream man space for his dad on the special Mike's Ultimate Garage. The 2-hour special is set to air on HGTV Canada -- no word yet if the show will air in the States or elsewhere. Today, Mike and MJ went on a short media blitz to promote the father-son special. Watch the trailer for Mike's Ultimate Garage:

First stop was with Kiss 92.5, a radio station in Toronto, to do a live spot on the Roz and Mocha Show. You can listen to the live show here. One of the hosts on the show states that his favorite moment from the special was when MJ cut his finger and Mike Sr. jumped to the rescue, lovingly bandaging his son's finger with a band-aid.
Pictures from Facebook and Twitter: 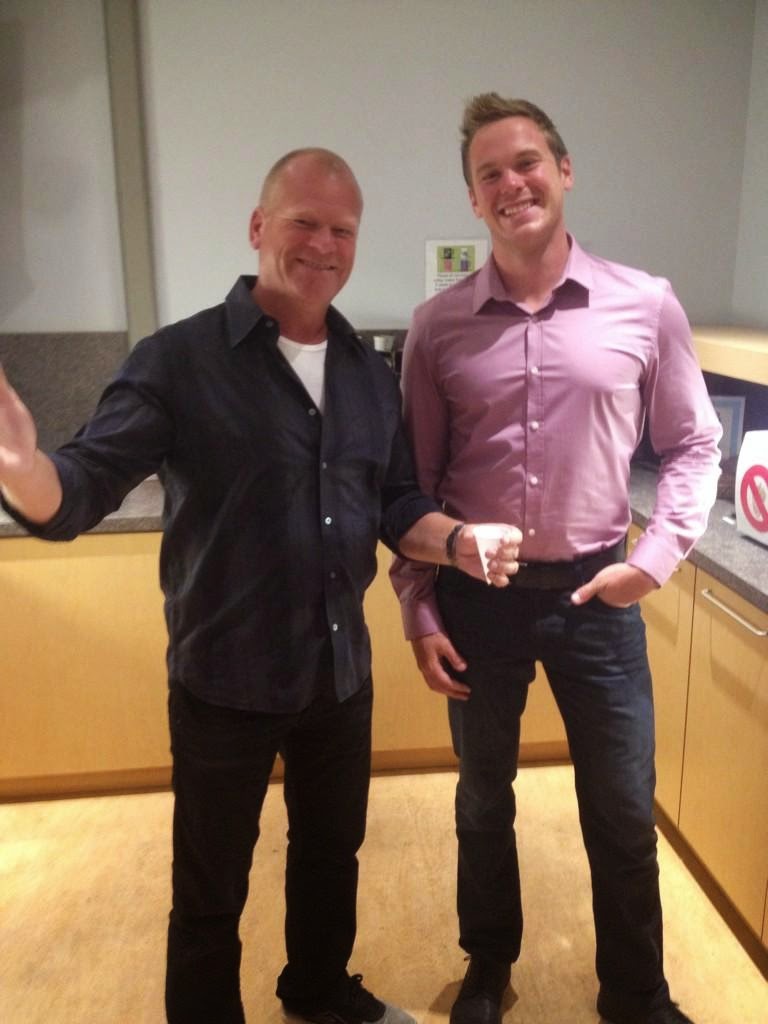 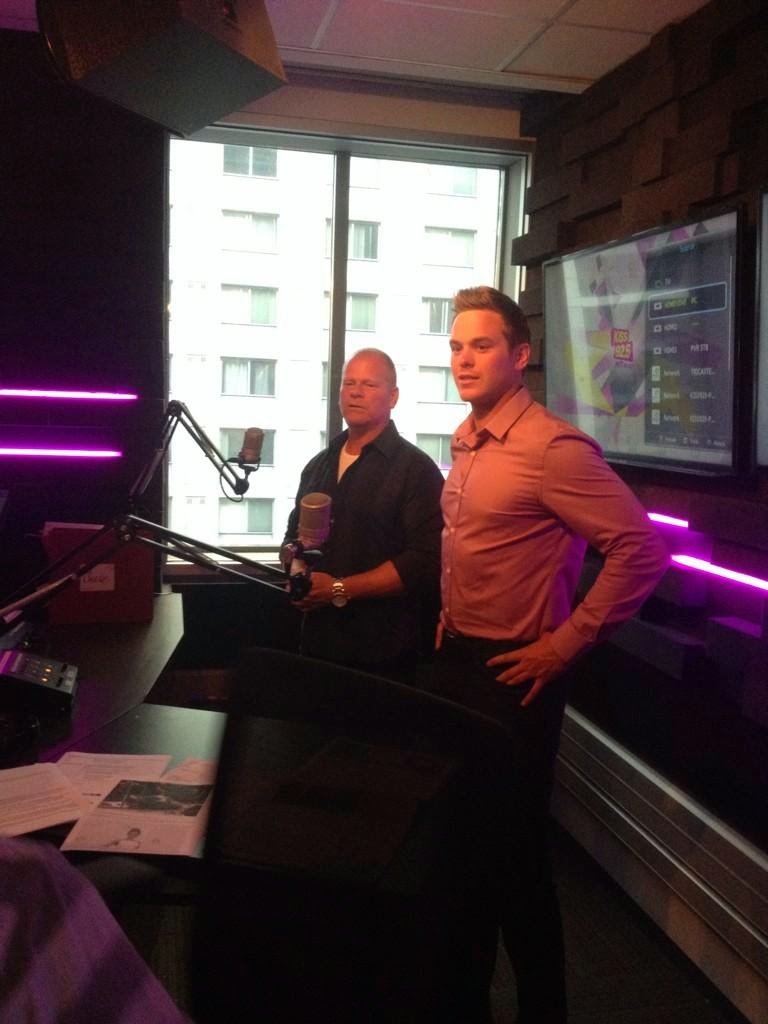 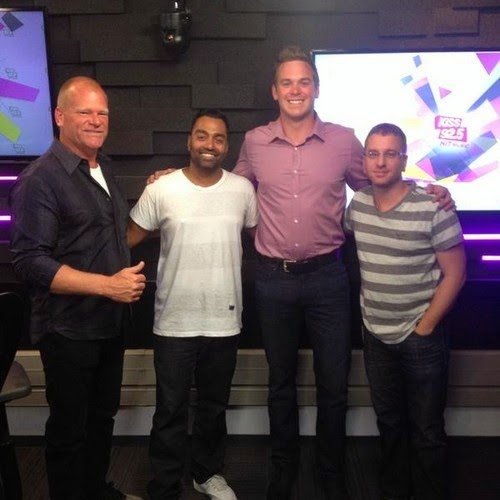 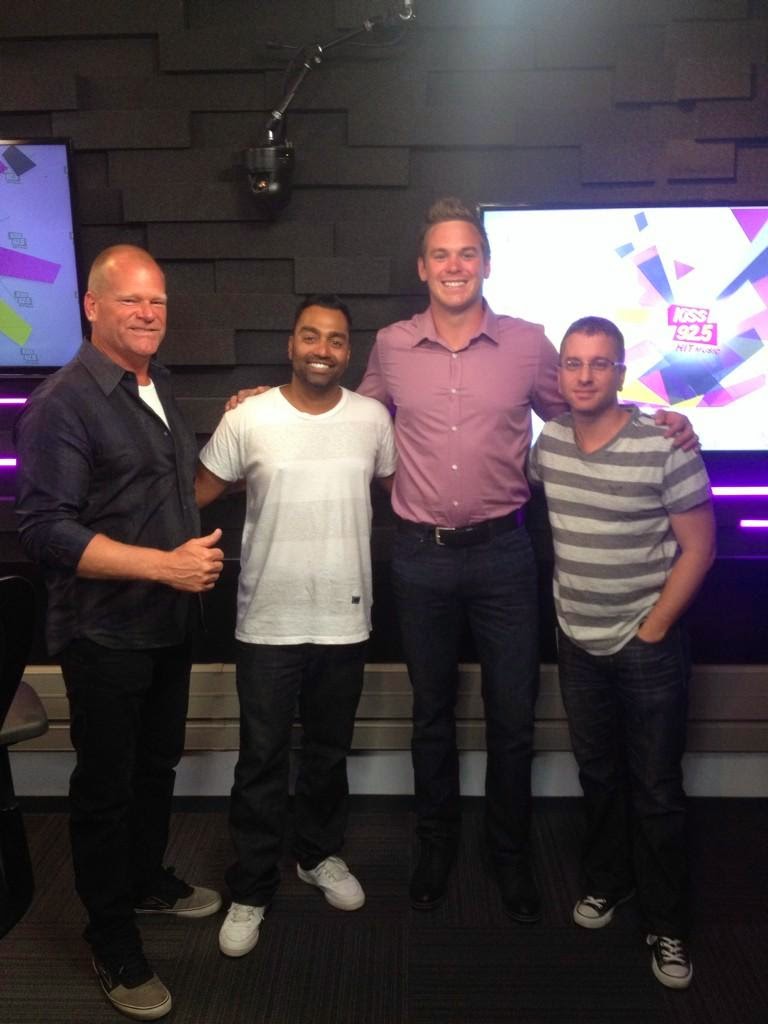 Next stop was yet another radio show, Newstalk 1010's Moore in the Morning. Mike's Segment begins at the 16:45 mark. Mike Sr. admits to being a really tough client who put a lot of pressure on Mike Jr. to turn his dream into a reality. He describes the garage as being totally off the grid, with solar and a battery backup, complete with a bar and plenty of space for all his toys.
Pictures from Facebook and Twitter: 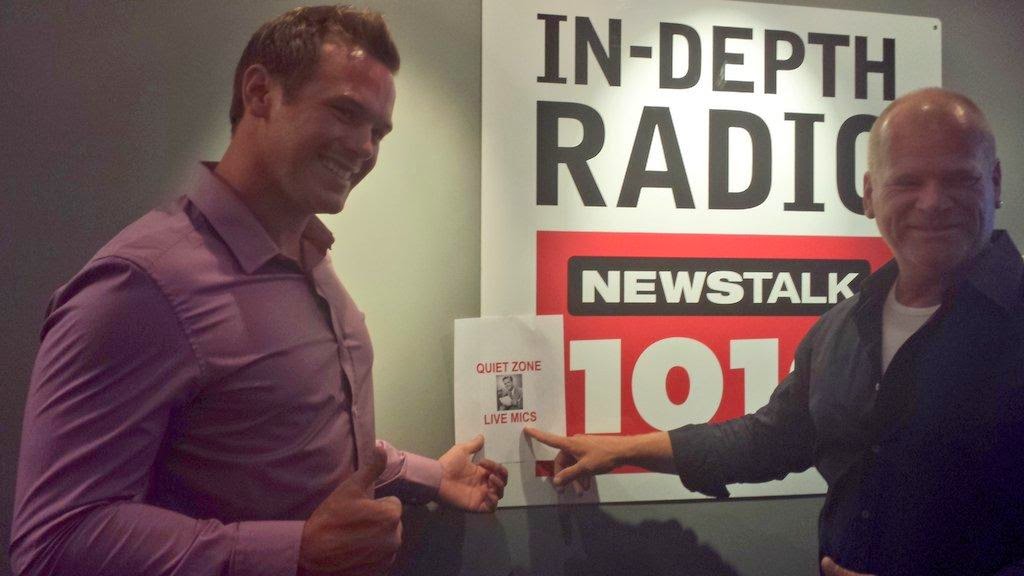 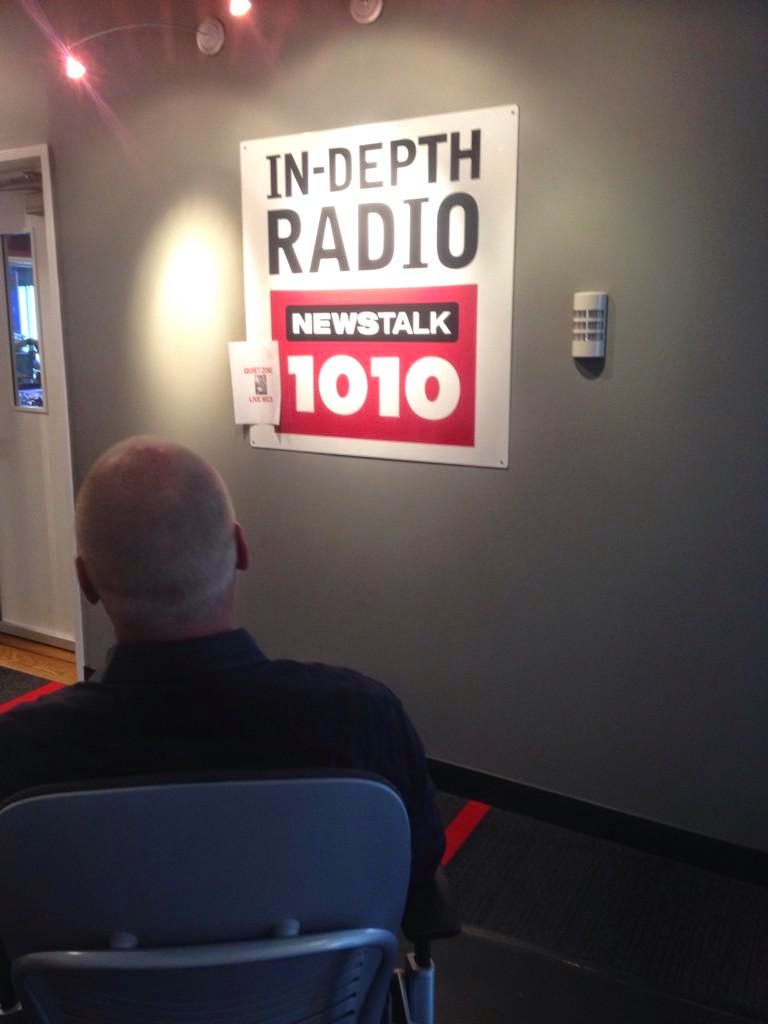 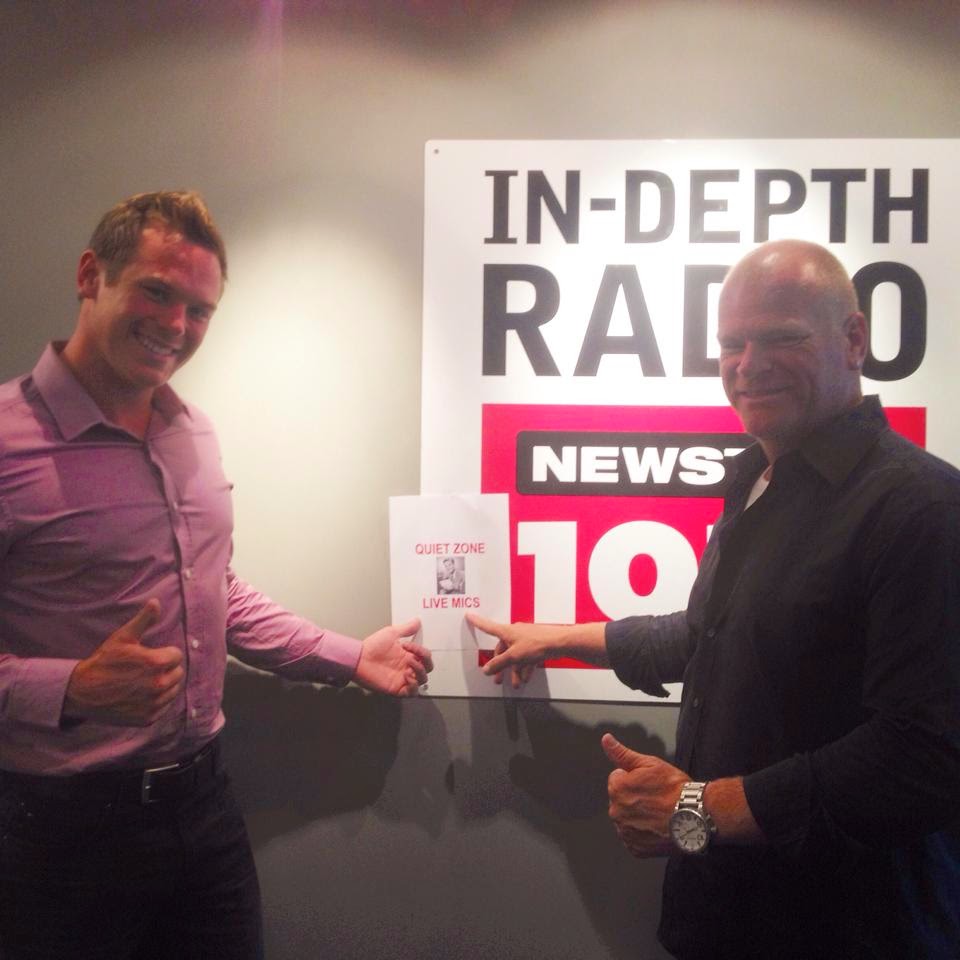 The media junket continued with a spot on the morning show Roger Darren & Marilyn on 104.5 CHUM FM. Mike's segment begins around the 18:15 mark. On this show, Mike admits that it was not easy to relinquish control to his son to build his 1,850 square foot garage. Mike Jr. states that the job was overwhelming and exhausting. Mike also talks about his sudden fascination with collecting cars. He states his favorite car is his Autobiography Range Rover (which retails around $150,000!). 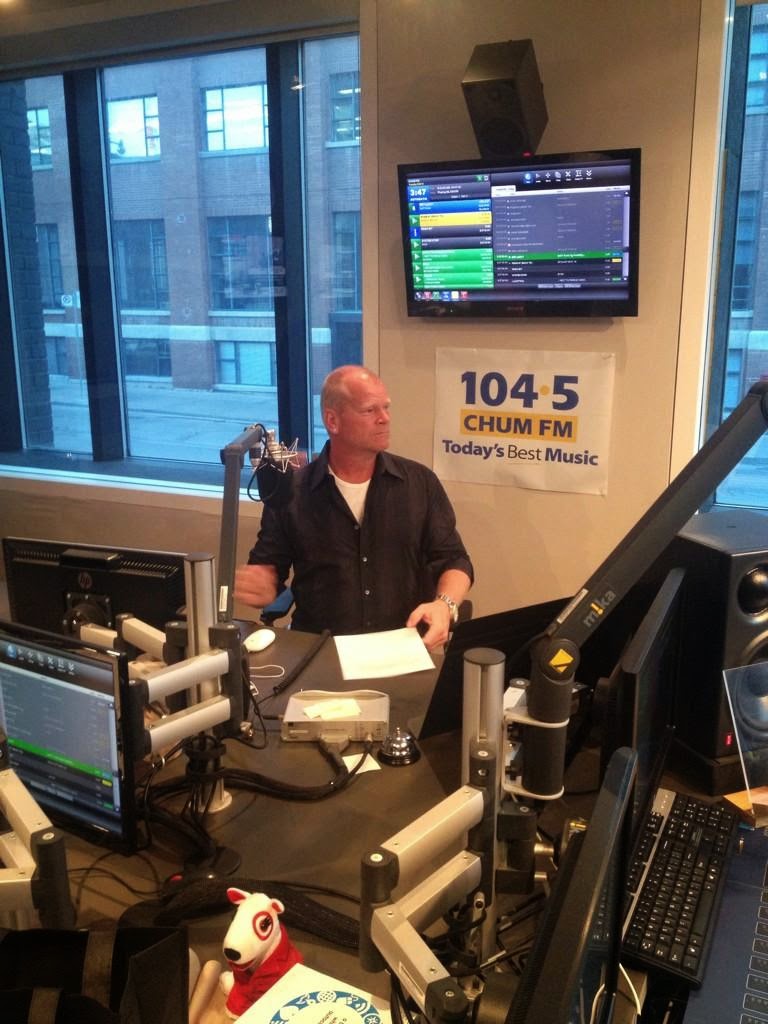 Next stop on the media tour was an interview on the Morning Show in Toronto. Mike again states that handing the project over to his son was extremely hard. Mike Jr. stated that although his dad is tough and firm, he's also a loving teddy bear. Watch Mike and MJ's segment here: 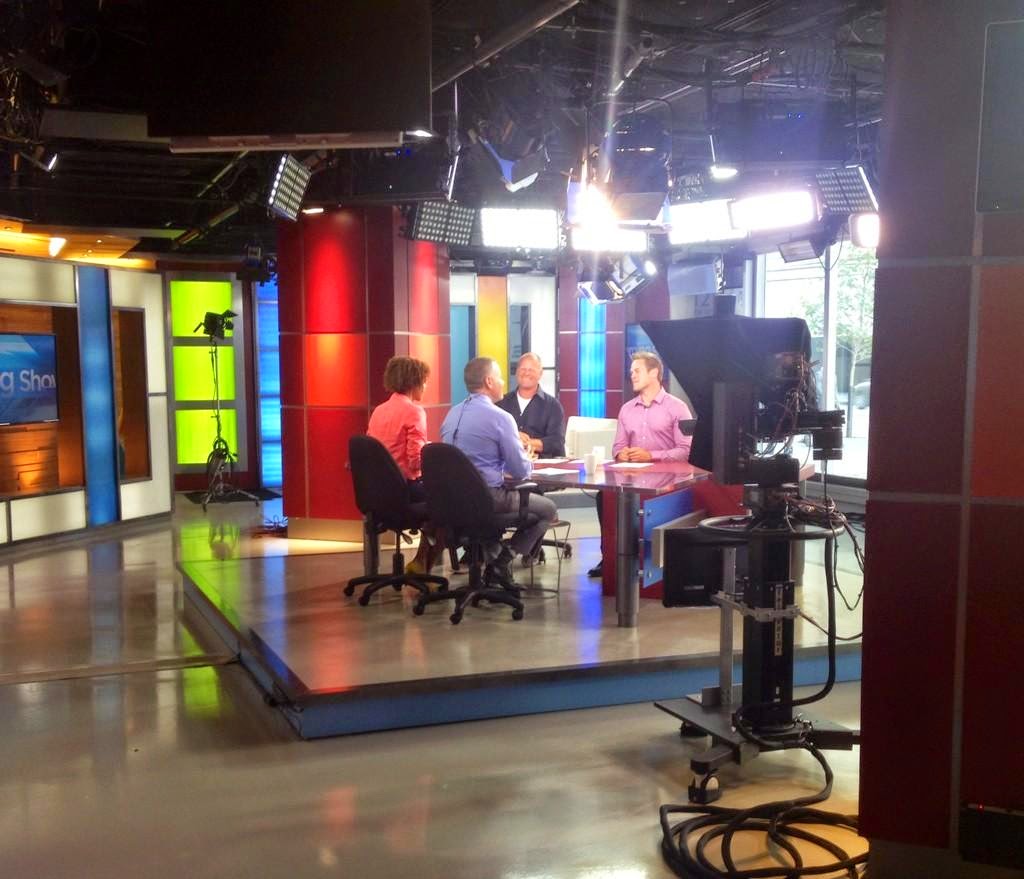 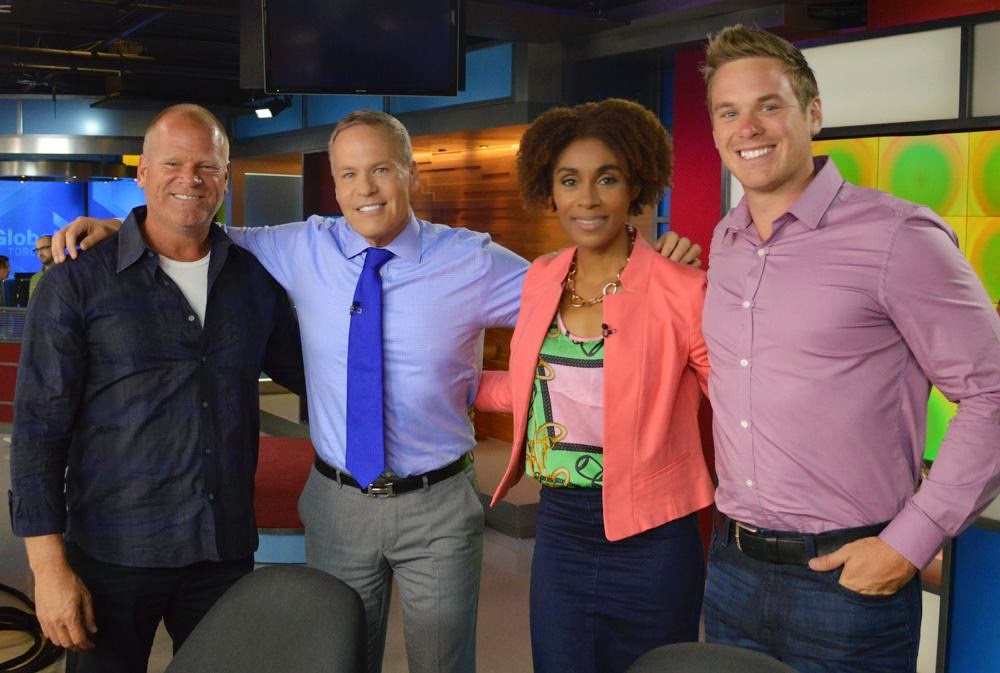 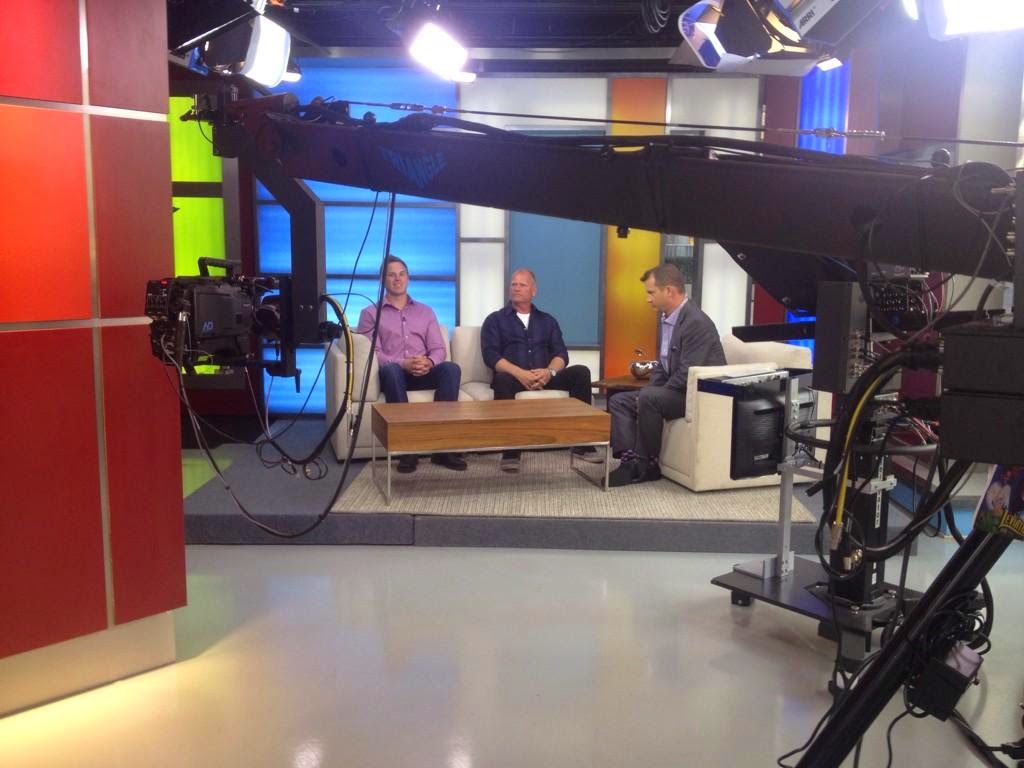 Next, Mike and MJ took some time to teleconference Calgary radio station 101.5 Kool FM. Currently, that interview has yet to be posted, but Mike did post some photos from the studio. Also posted were photos of Mike and MJ answering some questions for ET Canada. 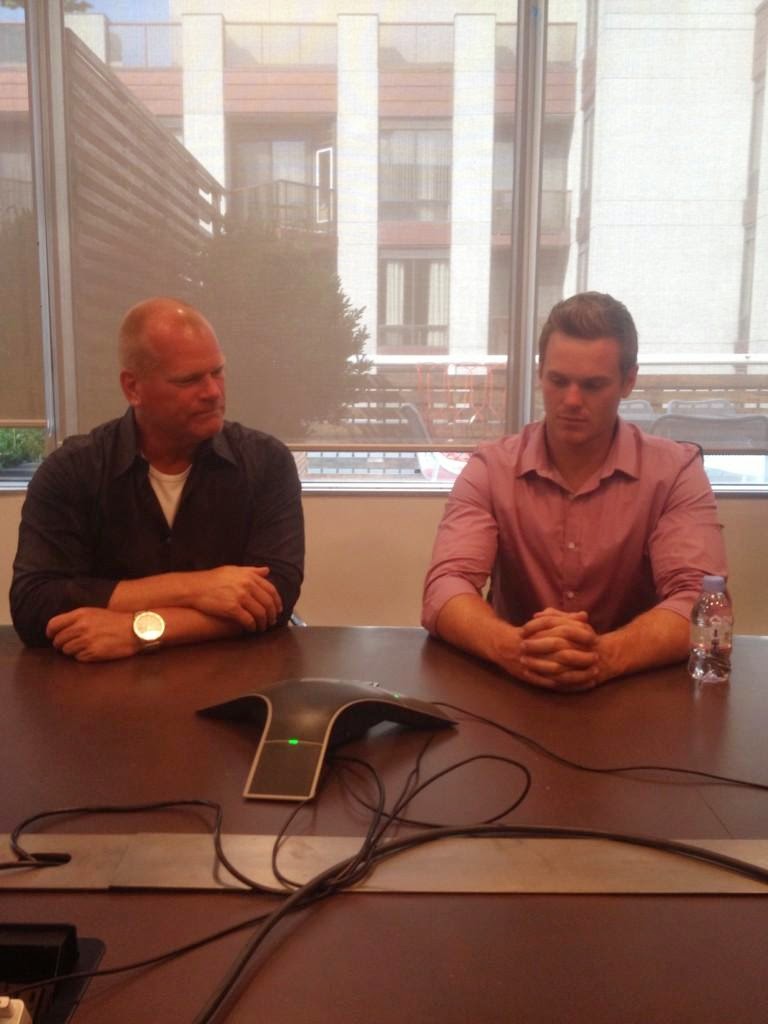 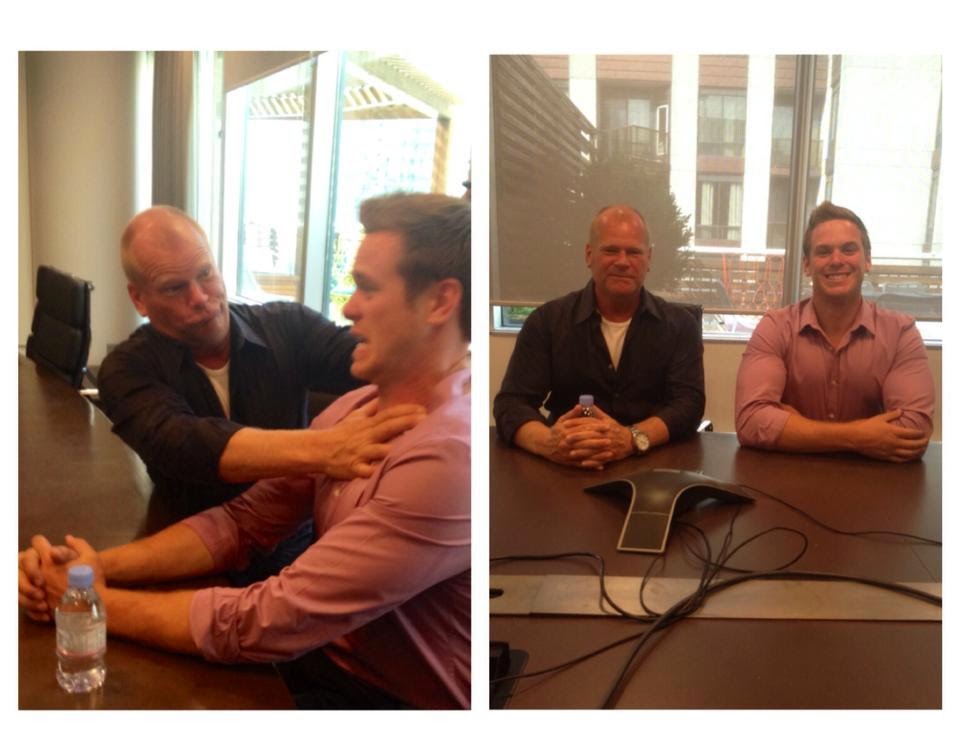 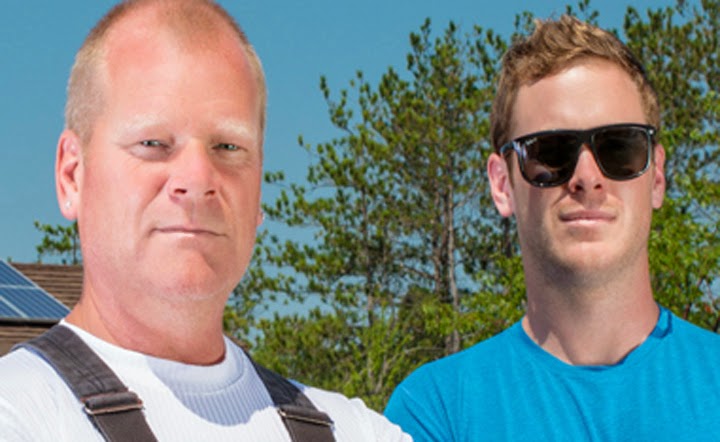