Last night, the premiere episode of Mike's latest show aired on the FOX network. He promised it would be big, and I'm happy to say Mike delivered! Home Free is probably the biggest and most life changing reno-reality show on TV. It's also Mike's first whole-hearted jaunt into the US market. So how did Canada's most trusted contractor do south of the border? This American blogger thinks that Home Free is exciting, fast paced, and bursting at the seams with Mike's over the top personality. The show features 9 couples who work together and against each other to win their dream home in Atlanta, Georgia. After five days of hard work in the sun and the rain renovating a dilapidated house inside and out for a deserving family, one couple who doesn't meet Mike's stringent standards for quality gets eliminated from the competition. There is a twist however - every show has to have a twist! In true Mike Holmes fashion, no one goes home empty handed. At the very end after all the other contestants have been carted away, it is revealed to the eliminated couple that the home they worked so hard on belongs to them. Feelings ensue and the reaction is nothing short of TV gold. 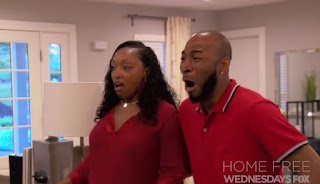 Although almost everybody's favorite moment of the show is where the two teachers Jamaal and Sheena went from utter devastation to pure ecstasy after they found out that they would be receiving a new home, my favorite moment is a little different. I actually prefer the moment in the show when Kate was wildly swinging a sledge hammer and Mike flipped out, sending her outside to think about what she had done. If you've ever watched Mike's shows in the past, you know that Mike is all about safety, and I thought it was funny that if you don't work safely, Mike's going to put you in time out!

By the way, you can watch the entire premiere of Home Free on the Home Free FOX Facebook page. 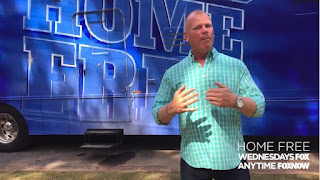 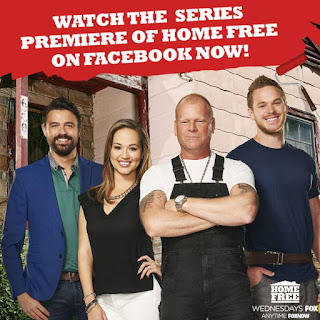