Today, April 3, Canada's Indigenous youth gathered in Edmonton, Alberta Canada for day three of the three day Pathways 2014 National Conference on career training, education, and the trades. The keynote speaker was none other than Mike Holmes, who has a long history of working with Canada's Aboriginal population in areas of affordable housing and promotion of the skilled trades. Don't believe me? Just check out these previous Holmes Spot blog entries chronicling Mike's work with the First Nations:

Mike is always excited to speak to youth about the value of choosing a career in the trades, but speaking to aboriginal youth seems to hold a special place with him. He Facebooked about his experience at Pathways 2014: 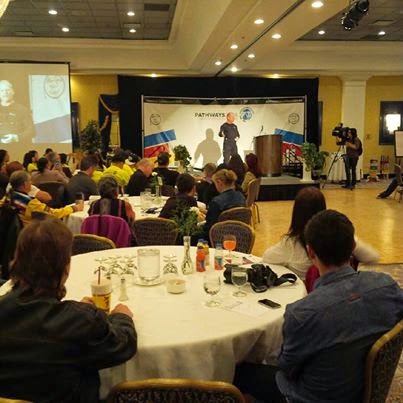 Pathways also tweeted this photo of Mike at the conference: 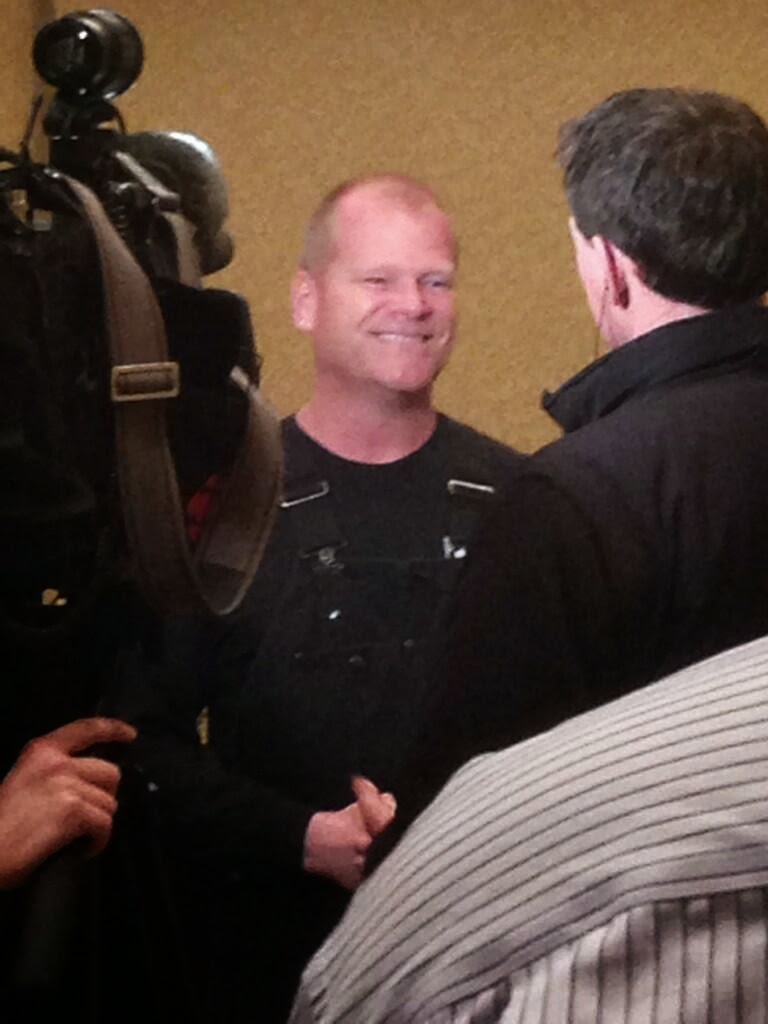 CBC news also covered the event, making note that Mike has been working with aboriginal youth for years, encouraging them to take advantage of the growing job opportunities and choose careers in the skilled trades.

Celebrity contractor Mike Holmes urged aboriginal youth to consider a career in the construction trades at Pathways 2014 in Edmonton on Thursday.

Mike Holmes, Canada's most famous contractor, is urging native youth to get training to take advantage of growing job opportunities in the building trades.

Holmes was the keynote speaker Thursday at the 2014 Pathways event, Gathering Our Nations’ Youth for Trades.

Young aboriginals from across northern Alberta were on hand as Holmes laid out the career path open to them.

Holmes, who has worked with aboriginal youth in Canada for years, wants them to know a well-paying career is possible, though it might not come easily.

"The challenges that I've seen are really how to get in — how can I afford it?" Holmes said. "I say it's simple. If you want to do this, you can get in."

Welders, in particular, are in high demand in Alberta, and that's what drew Thalia Nelderis to learn the skill.

"I think it's a good career path to go down," Nelderis told CBC News, "and you can always fall back on your ticket."

Nelderis said she was inspired to learn the skill by an aunt who welds, adding schools too often push academic studies over trades.

Business owners say they need young skilled workers, and that work fairs like Pathways will bring in a new generation of aboriginal tradespeople.

"We have a huge resource of young people right now who are coming into the workforce, who are doing good in the workforce," one businessman said.

Nelderis hopes to weld someday beside an aboriginal woman at a construction site.

"I would love to see more aboriginal youth get into the trades," she said. "It would be a beautiful sight to see."
Posted by The Holmes Spot at 9:39 PM