On Monday December 9, 2013 in an official ceremony held at Wolseley Barracks in London, Ontario, Mike Holmes was made an official Regimental Patron of the Royal Canadian Regiment. According to a press release posted on Mike Holmes' official website, "a Regimental Patron is a senior position of distinction within an Army regiment and plays a valuable role in the Regiment’s focus on fostering community relations." The RCR, establish in 1883, is an infantry regiment of the Canadian Army, whose membership consists of "serving or retired members of other Regiments, Corps or Branches who have served with The RCR, members of our affiliated Regiments and the families of Regimental members" according to the RCR website.

In a press release posted to Makeitright.ca: 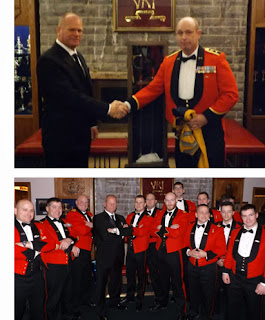 TORONTO, ON, December 9, 2013—Mike Holmes, well known Canadian advocate for homeowner rights, improving building standards and supporting charity and relief efforts across Canada and around the world, was officially named a Patron of The Royal Canadian Regiment.
The Royal Canadian Regiment is Canada's senior regular force Infantry Regiment based in Petawawa, Gagetown, New Brunswick and London, Ontario.
A Regimental Patron is a senior position of distinction within an Army regiment and plays a valuable role in the Regiment’s focus on fostering community relations.
“The men and women here are real heroes. And they’re still doing whatever they can to make things better,” stated Mike Holmes. “I’m truly honoured to help any way I can.”
As a new member of the Regimental family, Mike looks forward to encouraging Canadians to better understand The Royal Canadian Regiment and how supporting Canadian soldiers and their families builds a stronger and more resilient community.
“Mike Holmes has established a well earned reputation for standards of excellence and ‘making things right’; a motto that is close to the hearts of all the soldiers of our Regiment who are devoted to the service of Canada,” stated Colonel Joe Aitchison, Colonel of the Regiment for The Royal Canadian Regiment. “All members of the Regiment are thrilled to welcome Mr. Holmes into the Regimental family.”
An official ceremony was held at Wolseley Barracks in London, Ontario to commemorate his appointment as Patron of the Regiment.


Mike Holmes made several comments about his appointment on his official Facebook page:

I’m truly honoured to help any way I can. The military men and women here are real heroes. 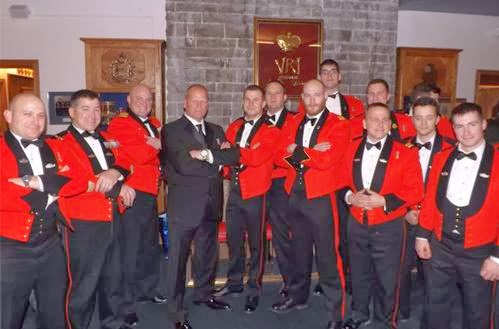 The Royal Canadian Regiment made me an official Patron--I even got a sword! 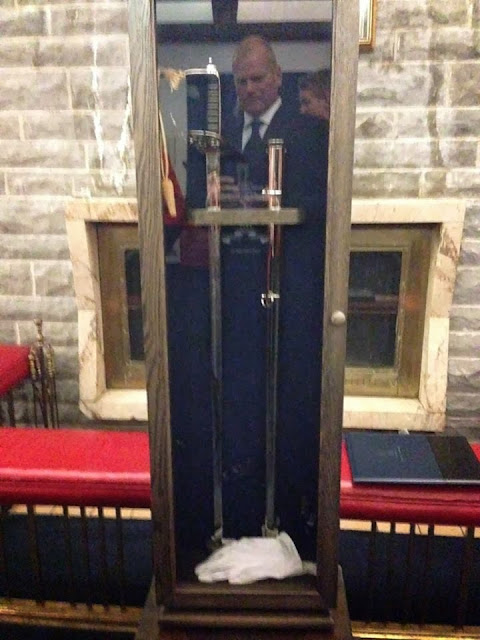