There are quite a few contests going on right now having to do with Mike and his show which just premiered on the DIY network in the United States Holmes Makes It Right. First, if you have a Facebook page, you can "like" the Holmes Makes It Right fanpage and enter to win a bucket of swag.

From the contest page: 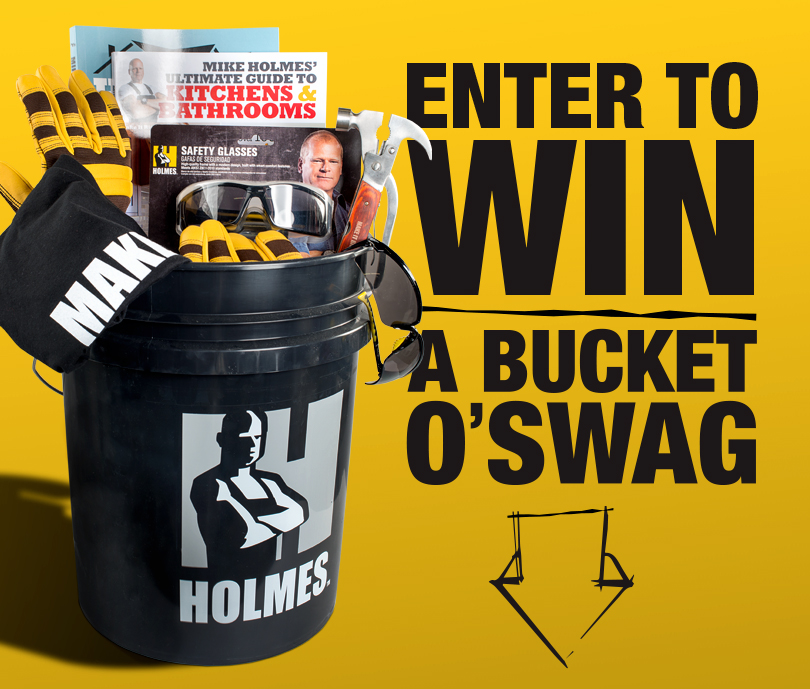 The next contest is sponsored by Shaw Media. They're giving away a chance to meet Mike and visit him and his crew on a Holmes Makes It Right jobsite. The prize package includes airfare to Toronto, hotel accomidations, and $250 in spending money. Pretty sweet prize package!

From the Shaw contest page:

Put on your best tool belt, because you could be on your way to meet HGTV star, Mike Holmes. Shaw Friends can enter to win a trip for two to Toronto to visit Mike Holmes on the set of Holmes Makes It Right and have lunch with Mike and his crew.
Enter before August 31, 2013 for your chance to win.


Prize includes
Contest runs August 1 through August 31. You must enter no later than August 31 for a chance to win.
Don't miss a new season of Holmes Makes It Right, Tuesdays at 9 p.m. ET/PT beginning August 27, only on HGTV.
Learn more about eligibility and complete rules and regulations

The last contest isn't really a contest per se, but a chance to submit a question to Mike Holmes via HGTV Canada. HGTV Canada is asking users to submit their queries via their Facebook page or email.

If you could ask Mike Holmes one question, what would it be?

Send us your question either via comment below or to webmaster@hgtv.ca for a chance to have it answered. Stay tuned to see if your question is answered on http://www.hgtv.ca/!