Another live chat with Mike Holmes has come and gone. This one was a little different that the previous ones, however. For a little over an hour, Mike chatted live with his fans during the premiere of the "Building Castles" episode of Holmes Makes It Right. Most of the questions he answered were related to the episode and the Jamie Bell Adventure Playground rebuild.

Mike's first post of the evening was a video:

People asked a lot of really good questions. Here are some of the standouts. And by the way, you can read the entire chat at Mike's website in the chat archive. Here we go...

Mike started off the chat with some brief guidelines, including this one:

I'm going to do my best to answer all your questions about the High Park build--that's what I want to talk about tonight because I'm so proud of what we did on that job.
It was an amazing and intense experience.

He then made the first of many side comments about the show, which he was watching from the job site as he answered fan submitted questions. Speaking about the show's new graphics, Mike stated:

We've used a new FX idea--all the handwriting you see on the shows, in the titles and any drawings is all mine. 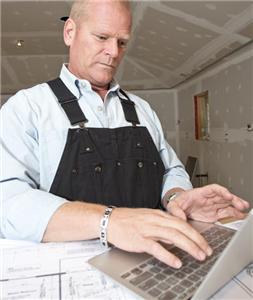 When asked how he got involved with the rebuild project in High Park, Mike made the following statement:

It was pretty simple really--we got a call from Councillor Doucette and she talked to Brian our story producer. She is a force to be reckoned with--she made it happen, and brought all the people together--FAST!! I can't believe how quickly it was able to be organized and built.

One user asked if Mike and the crew played tag in the castle, and if Mike was planning on bring his grandchildren to the park (he has TWO now, a boy and a girl).

...I am looking forward to my grandkids playing in that castle.
The crew all had fun on the last day when the work was done--and I know some of us have been back a few times already to visit.


I think one of the most interesting questions of the night was about Holmes Approved Homes, and whether or not Mike was planning on branching outside of Canada. The user asked specifically if the Holmes Approved Homes blueprints and approved materials list could be taken to a reputable builder outside of Canada. Mike answered in the affirmative! Good news for us south of Canada!

Yes! I absolutely have and I would love to build houses all over the world--or at least North America to start.
We are moving toward having the Holmes Approved program available in parts of the US soon. Just looking now for good builders to partner with who want to Make it Right. 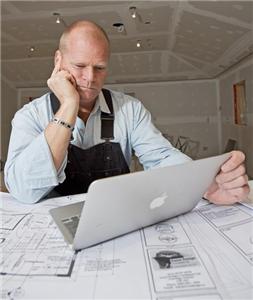 We all knew the question was bound to pop up... the question was asked about why HGTV in the US wasn't airing Holmes Makes It Right until 2013. Mike's answer has consistently been "I don't know," as it was tonight. But I'd like to put my best educated guess in as to why exactly there has been such a lengthy delay. Personally, I think it's the election in the USA that's holding things up. Americans have their minds wrapped around current events right now, and it just wouldn't be fair or right to Mike and his show to have it running against the presidential debates and the election coverage, which coincidentally also air on Tuesdays at 9PM EST. Americans right now are fixated on politics, and will be so until after November. From what I've seen of it, Holmes Makes It Right is a fantastic show, and it deserves to air at a time where people will be free and open to watch it. And that's my best guess as to why the air date for Holmes Makes It Right was pushed back until "early 2013." Makes sense to me.

Someone asked Mike if he would be doing some promo appearances in the USA when Holmes Makes It Right premiered in 2013, and also asked about his new grandbaby. Mike's answer:

...Baby Emily was born last Thursday [October 18]--she's beautiful.
I would like to come down to the US again to do some appearances, and maybe when the series airs there we'll set something up.


Awwww... how sweet. Looks like little Wyatt has a sister! Congrats Mike, Amanda, Adam, and the rest of the Holmes/Bellanger family.

And then there were two questions in a row about the Holmes Makes It Right "Super Mike" promo. (One of them came from me!) Someone asked Mike about the big "H" photo shoot, and then stated it was "hot." Believe it or not, I did NOT submit that question. Although it does sound a lot like something I would say :-) Mike's answer: 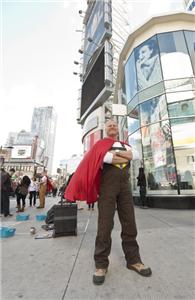 It was ridiculous honestly. I am not really comfortable with all the publicity stuff. But thanks!!

Oh Mike, sometimes you gotta do ridiculous stuff when you're a huge, ginormous, world famous iconic celebrity, right? Well, at least to me you are ;-) I asked Mike how he felt about donning a cape and being a superhero for a day for the "Super Mike" contest, with a follow up question of "if you were a real super hero, what would be your super powers?" Of course, that was a trick question, being that Mike Holmes is a REAL super hero. Nevertheless, Mike was kind and humored me. Mike's answer:

It felt great--and kind of weird at the same time. A little embarrassing putting that cape on. I think I like the Hulk better than Superman.
If I had a superpower, it would be making more hours in a day--so I could get the work done, and still relax with my family.


So Mike would rather turn into a large green half naked man than fly around in a cape. Hmmm... interesting. Later on, another person also mentioned the super hero theme in her question, stating that she was glad Mike didn't have to wear matching tights with his cape. Mike concurred.

Mike was asked by one user if he and the "Grow it Right" crew were going to sprout epic facial hair in support of "Movember." Movember is of course when typically clean shaven men grow mustaches to raise awareness and money for prostate cancer.

You had better believe it!! That was a lot of fun for all of us. Prostate cancer is an important cause for all of us personally--Uncle Billy who we all love, is a survivor.


During the build, Mike and his crew were working through a heat wave and had to take frequent breaks, cooling down in the Toronto FD's "cooling chairs," which were chairs with bags of cool water in them to lower people's body temperatures. Mike's a pretty resourceful guy, though, and when it comes to cooling off after a hard day's work, he's knows how to do it...

Other than the cooling chairs--- this was the best way to beat the heat in the park. 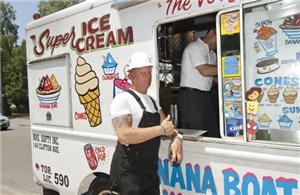 That was a lot of great chat packed into one little hour! Full of great tid bits of information about the show, about Mike, and about the "Building Castles" episode which the Holmes Spot followed so closely earlier this year. Just as I was about to sign off, Mike posted one more thing...


And that, my friends, was the Homes Spot Highlight reel for the October 23, 2012 live chat with Mike Holmes! Hope you enjoyed it as much as I did!
Posted by The Holmes Spot at 1:21 AM