Wow. I'm #3 on Forbes most trusted celebrity list. What an honour! http://www.forbes.com/pictures/mfl45lgdk/mike-holmes/#gallerycontent

An honor it is indeed, Mike. People do trust Mike Holmes to make it right when all others have let them down. For Mike -- the guy who hates being called a celebrity and claims to be "just a contractor"--  to rank #3 on the Forbes most trusted celebrity list (right behind the likes of Morgan Freeman and Ron Howard) is HUGE. Serious kudos to you, Mike! As the caption by Mike's photo says, "credit Holmes with making something as banal as a home inspection gripping drama." So true!

Here's the top 3 (Mike is certainly the best looking one of the bunch, but perhaps I'm just biased.) 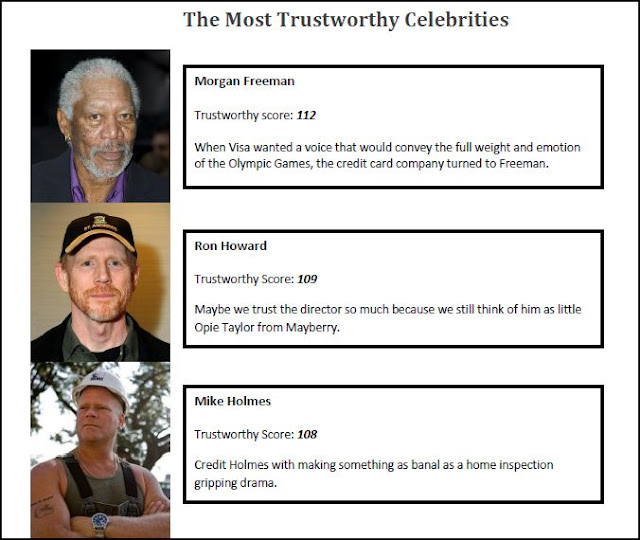 And on a sidenote... another awesome "Mike" made the list too. Mike Rowe from Dirty Jobs all the way down there at #10. Love that guy. Should have been much higher on the list in my opinion. Oh well, maybe next year...