It was a couple of weeks ago that I was sitting in my living room drinking my morning coffee and watching DIY as I often do before heading off to life, when a young woman with a little baby and big guy in overalls popped up on my TV screen. Needless to say, it was a pretty exciting morning for me! The big guy was none other than Mike Holmes, ranked 3rd most trusted celebrity by Forbes in 2012, doing an advertisement for 3M, which is one of the worlds most innovative companies. The young woman in the commercial was Chicago actress Christy Bonstell, who was gracious and generous enough with her time to have a one-on-one sit down with the Holmes Spot. 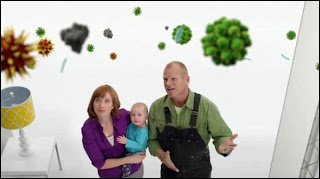 THE HOLMES SPOT: How did you get selected for the role?

CHRISTY BONSTELL: I auditioned here in Chicago. I was told I was selected because I was able to improvise some dialogue that went well with the character. At the time I auditioned, I did not know that Mike was part of the project. I think I would have been more nervous if I had known!


THS: Did you know who Mike Holmes was before you did the commercial?

CB: I did. I love HGTV and all things home-related, so it was cool to meet him. 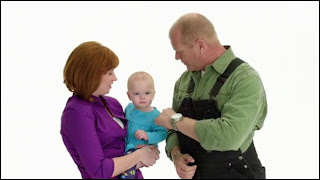 THS: Who did better with the baby, you or Mike?

CB: I have a little guy and Mike has babies in his family, so we both worked well with the baby. She really did love Mike. He was a real joy to watch with her.


THS: You mentioned something [on Mike's Facebook page] about Mike being a good improviser. How much of what we saw in the commercial was scripted and how much of it was improvised?

CB: Some of the dialogue was improvised, some was done as scripted. There are tons of out-takes that weren't chosen to air, that had me rolling. Mike has a very good natural sense of humor. Mostly, though, we used improv to loosen up and have fun. I think that's why the end result looks so natural and easy. Improv is a great tool for looking for the fun (and funny) in any situation. 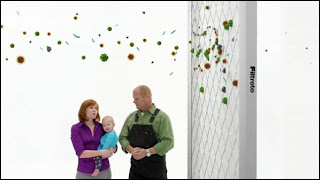 THS: How would you describe your experience overall shooting this commercial with Mike Holmes?

CB: I wasn't sure how Mike would be, and he's a little intimidating. However, right off the bat he and I had an absolute blast working together. He's a very genuine and intelligent person who isn't afraid to have a little fun. We laughed a lot and he was a great help with our little co-star. He also got after me for not knowing some of the details of my 100-year-old house, so now I'm trying to be better about knowing the ins and outs of basic home-care. Which, I think, describes Mike in a nutshell. He's passionate about what he does and he's good at getting other to be passionate about it as well.