On January 31, Mike Holmes Jr. and Sherry Holmes served as guest speakers at the 2014 Ontario Vocational Schools Conference. From a very early age, both Mike Jr. "MJ" and Sherry have worked in the skilled trades and have shared their dad's vision to promote the trades a legitimate, honorable, and potentially lucrative career opportunity. Both are working hard to break the stereotypes that society has of skilled laborers as less intelligent than their white collar counterparts, and encourage youth to consider a career as a welder, carpenter, mechanic, or a contractor. "It’s not a bad thing to get your hands dirty," MJ remarked to the crowd of vocational educators and participants. A very good point, no doubt picked up from his dad. Don't forget to check out the video of Sherry speaking at the conference which was posted on Mike's Facebook page (see below).

From the Caledon Enterprise:
Teachers share their occupation with vocational education 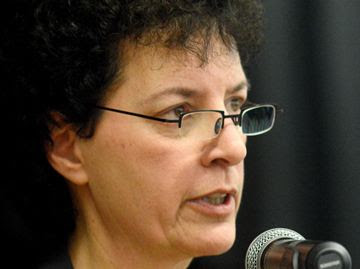 Speaking about a vocation Photo by George S Beshiri
Former Peel District School Board director and principal Judith Nyman returned to the Brampton high school that bears her name to speak at the 2014 Ontario Vocational Schools Conference.
Brampton Guardian
By Roger Belgrave

BRAMPTON— Mike Holmes Jr. started working in the trades when he was 16-years-old and bought his first house at age 19.

The son of Mike Holmes, a professional contractor and the host and creator of the hit TV series Holmes on Homes, Holmes Inspection and Holmes Makes It Right, spoke at the 2014 Ontario Vocational Schools Conference.

Event organizers and participants came together to discuss ways of strengthening vocational education in Ontario’s public schools. The conference also managed to spotlight the real human value in vocational programs.

Holmes Jr. and sister Sherry, who appear on the HGTV series Holmes Makes It Right, were among conference speakers that also included a representative from the Ministry of Education, Peel District School Board Associate Director Scott Moreash and former Peel board director and principal Judith Nyman.

“We support everything that you’re doing,” Holmes told the auditorium filled with educators.

He recalled wanting to be a firefighter until being introduced to the trades and lamented attending a high school that didn’t have a vocational course option.

“Not enough students have that opportunity,” he said. “I think it’s important that we give them that option, that pathway.”

There is still a societal stigma that lingers around vocational schools. Students are often stereotyped as unintelligent.

Many parents also place more educational value in math and science courses and push children to pursue white-collar careers that are perceived to be more distinguished and lucrative callings than work in the trades.

Holmes pointed out he has a lot of successful friends and colleagues who work as tradespeople.

“You can be successful if you do it and it’s not a bad thing to get your hands dirty,” he remarked.

Many vocational students become the business operators, technicians, contractors and labourers who build homes, fix automobiles, service appliances, repair city infrastructure and perform other work that have an impact on the daily lives of others.

They “make up the fabric of our society,” Nyman suggested.

A vocational school like Judith Nyman is less about the brick and mortar and all about the climate of learning, added Moreash.

Both Nyman and Moreash, former principals at the Brampton high school, said there are students who come to the school struggling academically and adrift in life. They have watched the program and the teachers put those students on a path to success in both areas.
“You help them to find success on their own terms,” Nyman told conference goers.

From Mike's Facebook page:
(If you can't see the video, here's the link) 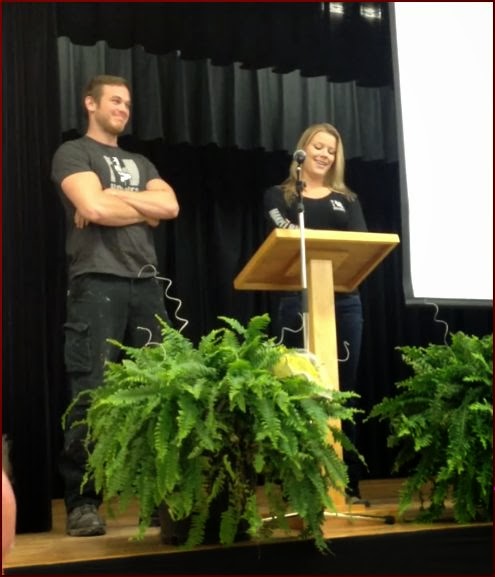 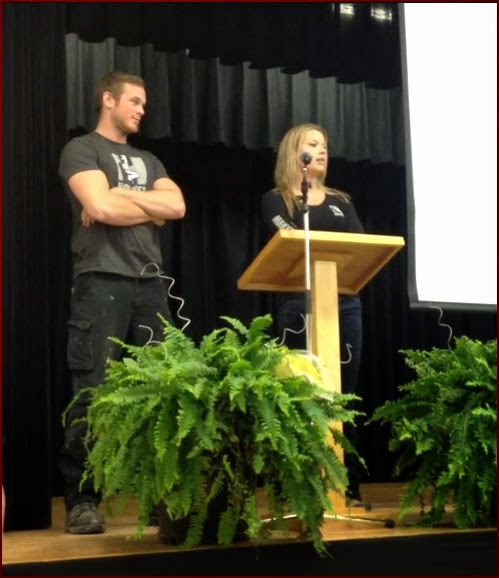 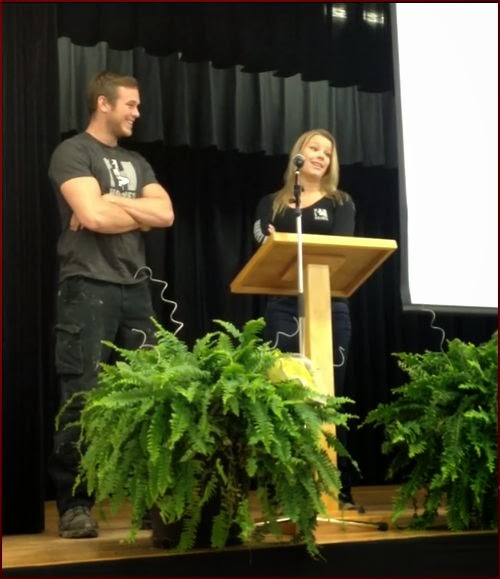