Mike's big 25x2 birthday came and went as birthdays usually do. About 10PM EST on Friday, Mike announced that he was having a great time at his Caribbean themed birthday part, complete with a live band and all of his friends, family, and coworkers. Mike must have felt like a king... literally, as there are multiple pictures from Facebook floating around with Mike and others wearing a crown and posing with family in a big "Crown Royal" emblemed throne. (Those pictures unfortunately cannot be posted due to the fact that I probably wasn't suppose to see them!)

Mike did tweet an image of him and his lovely Anna on stage with the live band. In the picture, he is serenading her with the song "Stand By Me."

His daughters Sherry and Amanda were in attendance, of course. Sherry wore a beautiful black polka dotted dress and Amanda wore a pretty blue metallic dress. MJ, Mike's son, wore a blue shirt with grey slacks. Anna, in the photograph above, wore what appeared to be a floor-lengthed orange or red and white swirled patterned dress. And Mike? Mike dressed like Mike, in a striped shirt and vest, with jeans and sneakers. 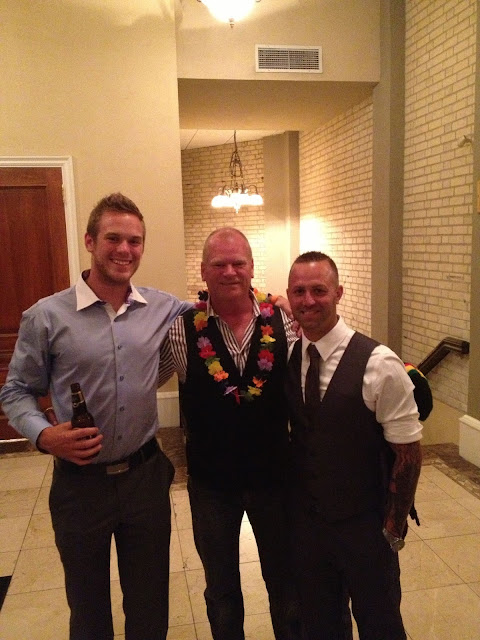