This has been quite the year, weather wise, for Canada. With flooding in both Calgary and Toronto, there's going to be a lot of renovation spending in the coming months and years. With all the predicted renovation spending, Mike Holmes is waving the caution flag, encouraging people affected by the floods to have patience, focusing on rebuilding homes "safe, durable, efficient and strong," because "a home shouldn’t just look good. It should be good."
In this article from the Calgary Herald, the impact of all the impending renovations is discussed along with Mike's involvement in the Creekside Ravine at Cameron Heights, which is the newest proposed Holmes Community in Calgary.
From the Calgary Herald: 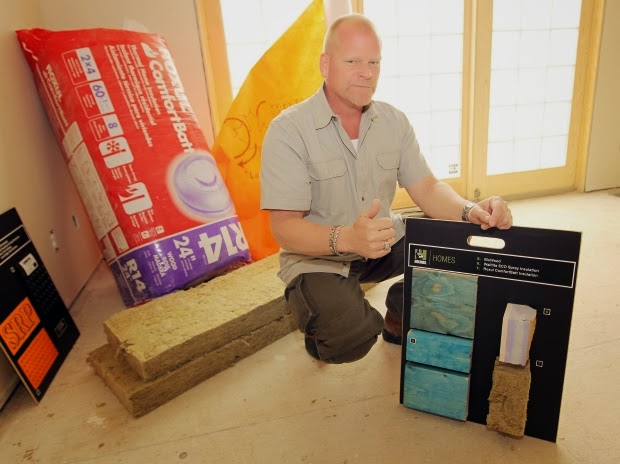 Mike Holmes, TV personality and contractor, will be launching his latest project in Edmonton on Friday called Creekside Ravine at Cameron Heights. It is part of his Holmes Communities initiative which is based in Calgary and is the real estate development division of The Holmes Group.

CALGARY — Renovation spending this year in Canada is likely to be bolstered by reconstruction activity following the summer floods in Calgary and Toronto.
In fact, a report by Diana Petramala, economist at TD Economics, said the rebuilding efforts in Calgary and Toronto, following the damaging floods that struck in late June and July, are expected to lead to a burst in renovation spending.
“In Toronto, July’s storm mostly led to a sea of flooded basements across the city. The storms in Calgary were far more catastrophic, with over 14,5004 homes being damaged, many of which will need to be rebuilt completely,” said the report.
“The estimated dollar amount of the damages is not insignificant. Insurance claims are expected to exceed $2 to $3 billion according to the Insurance Bureau of Canada, while the Alberta government has devoted an additional $1 billion in funding to help support rebuilding efforts. That is not to mention the knock-on effects from additional spending re-construction may encourage. We estimate that renovations tied to these floods could add about one percentage point to the overall tally in 2013 and 2014.”
In 2012, renovation spending in Canada was $45.9 billion and in Alberta it was $5.1 billion.
Television personality and contractor Mike Holmes was in Calgary this week speaking at the Building Resilience event put on by the City of Calgary in partnership with the Insurance Bureau of Canada.
The event was for residents looking to learn what steps to take to build a more resilient home, while saving money and reducing their environmental impact.
“To make it right you need to plan it right — and planning a renovation takes longer than doing the renovation,” said Holmes. “We need to focus on making our homes safe, durable, efficient and strong. A home shouldn’t just look good. It should be good.
“We truly need to have patience . . . Patience is going to be everything. It’s about building smarter.”
Holmes is in Edmonton on Friday to officially launch his latest Homes Communities, Creekside Ravine at Cameron Heights. Holmes Communities, based in Calgary, is the residential real estate development division of The Holmes Group and its mandate is responsible community development while creating healthy living environments for residents and homeowners. There are about 1,000 homes currently going up across Canada under this initiative.
The TD report said that Alberta has led the country with the highest annual average rate of increase in renovation spending of 9.3 per cent in the past decade. For Canada, it was 7.6 per cent.
The report said renovation spending will increase by three to four per cent across the country this year and next but a two per cent decline is expected in 2015.
Nationally, the report said 2015 is expected to be more challenging for the renovations sector.
“On top of experiencing a hangover from flood-induced strength over the next two years, demand for renovations will face the dampening impact of a likely increase in short-term interest rates as well as a projected slowdown in the existing home market,” it said.
But the report said Calgary and Edmonton are two markets that could buck the trend owing to stronger conditions in housing and their more rapidly growing economies.
According to the Scotiabank Home Renovations Poll released Thursday, 65 per cent of Canadian homeowners are planning renovations in the next 12 months and expect to spend an average of $8,992.
In Alberta, 63 per cent of homeowners are planning renovations in the next 12 months and the average they are planning to spend on renovations is $9,384.
mtoneguzzi@calgaryherald.com
Twitter.com/MTone123
Posted by The Holmes Spot at 9:10 AM