What's Mike Up To? Rumors and Speculations...

I'm not sure how many people have noticed or cared, but Mike has been spending a lot of time in the US, and I don't think it's strictly because of the weather!

In October, Mike visited the Phoenix and Tempe, Arizona areas as a keynote speaker for Pathways Events, a company that trains people to buy and sell real estate. In November, Mike was in Utah and Las Vegas with the same company. A week after Mike's appearance with Pathways in Las Vegas, Mike was spotted at a local Vegas nightclub, The Barrymore, indicating that Mike made a vacation out of his trip to the City of Sin.


This past Saturday, Mike posted pictures of himself having a "mini-vacation" on the beach in Miami, Florida. And today, Mike posted these little tid-bits on Twitter about his recent trip to LA, where he apparently stayed as a guest at the Beverly Wilshire Hotel in Beverly Hills, California:

I am in #LosAngeles to meet with some television networks. Wish me luck!

Look what I walked into my room, great people here! Making me feel right at home. 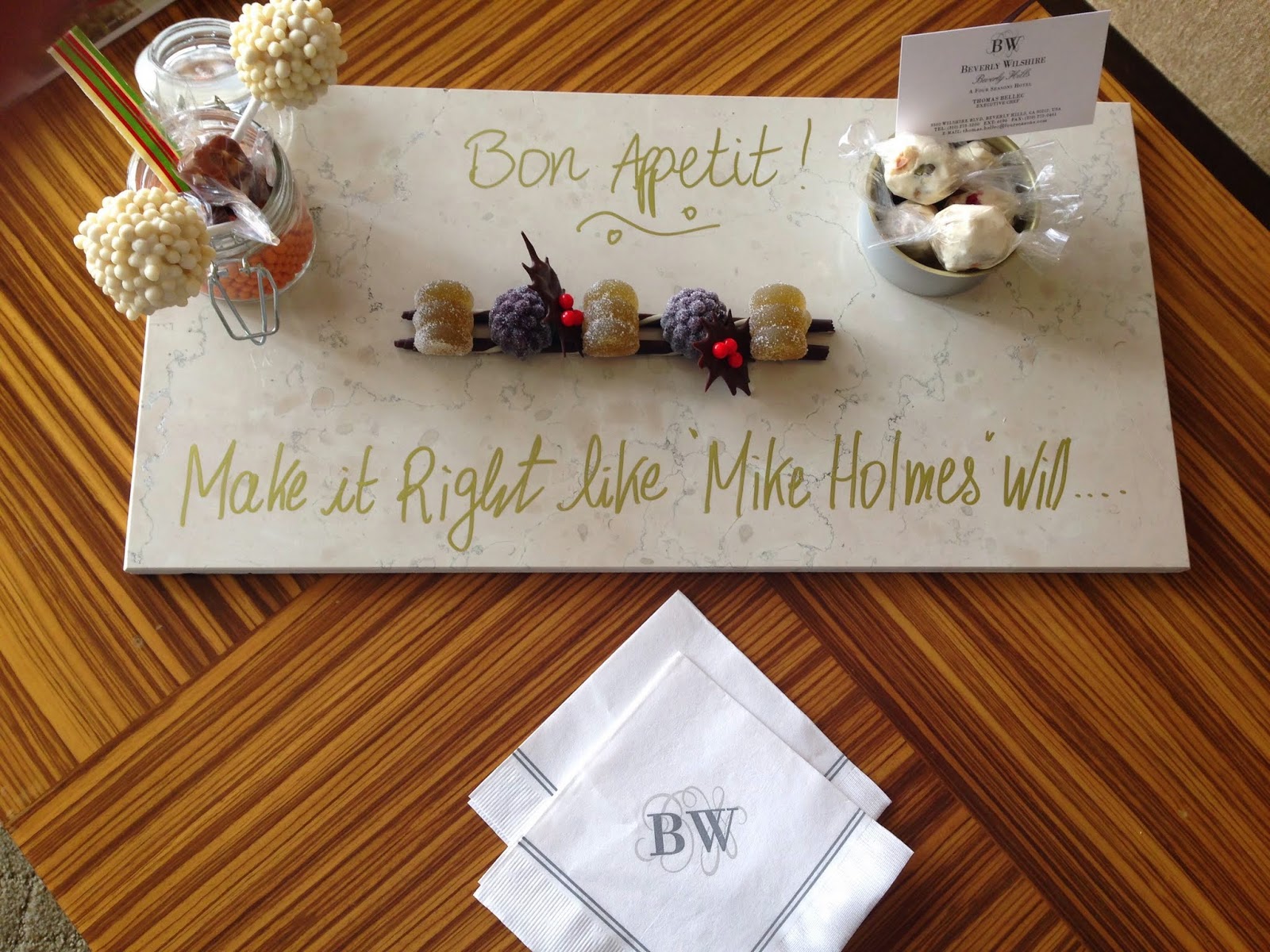 So, what exactly is Mike doing in LA, what is he talking about with the TV networks, and why does he need
us to wish him good luck??? Hmmmm.... this is going to take some serious speculation.

In October, my husband and I made the short trip from Las Vegas to Tempe to see Mike. When my husband told Mike we were from Las Vegas, Mike told my husband that he liked Vegas, but he really liked Phoenix and that he was considering buying a house there. It's no secret that Mike intends to expand his Holmes Approved program to the US, and during his keynote address, Mike mentioned that he'd like to expand into Arizona and perhaps plant an office there.

In early November, Mike came to Las Vegas with Pathways, and being that I live in Las Vegas, I just had to go! All throughout October and November, I found it curious that Mike was associating himself with a company that does real estate. Not that there's anything wrong with real estate, it's just that Mike seemed like the type to fix houses, not sell them. But during his address in Las Vegas, Mike made a confession that was curious as it was revealing! Mike stated that his next show was going to be about buying right. "Buy It Right" were the words that came out of his mouth.

So let's speculate here... Mike is expanding into the States -- that's a for-sure fact. He's spending a lot of time in Arizona, Nevada, and Florida -- for those who know, these states are known to be very business friendly (and have great weather!). And Mike is currently pitching something to TV executives in LA. So could it be that Mike is pitching a new show about how to buy it right in the US? Now that speculation to the max! It could very well be that Mike is simply on vacation and ducking the cold. Whatever Mike's got up his sleeve, I guess we'll all know soon!