Yesterday, a two hour special premiered on HGTV Canada, "Mike's Ultimate Garage" in which Mike Holmes Sr. allows his son Mike Holmes Jr. to wear the white hat and supervise in the construction of his garage. Being that I live in the US, I was unable to see the special and had to rely on pictures and video clips from the internet. As of now, there are no plans to air the special in the US. This is not Mike's choosing, it is at the discretion of the networks who apparently don't care about making money and don't realize how much of Mike's fanbase lies in the US. If you're south of Canada, the Holmes Spot encourages you to visit the HGTV US comment page and the  DIY Network US comment page and let them know you want to see Mike's special. If enough people do this, maybe they'll get the hint.

Here is a sample letter. Please feel free to copy and paste, and don't forget to insert your name:

I am very disappointed that you did not pick up Mike Holmes' special that aired on HGTV Canada on September 1, "Mike's Ultimate Garage." I would like to request that you please air this special in the near future.


That said, on to the Mike's Ultimate Garage wrap up. I will do my best, having not actually watched the special. Mike recounted much of his feelings towards the build in this article from the Regina Leader-Post. In the article, he explains how the build was something he had been wanting to do for a long time but kept putting off. He also explains some of the technology that went into the garage, like a 10kW solar system. (Side note -- a 10 kW solar system is fairly average in size. I've seen systems on large homes go up to 30 kW or more! But given that Mike's property is heavily wooded (and hence shaded) and given the projected energy usage of a garage, I'd say a 10 kW solar system is about right.) Aside from a completely-off grid solar and battery back up system, lots of other really neat features went into the garage, making it the ultimate man-friendly zone. Read all about Mike's garage here:

From the Regina Leader-post:

By Mike Holmes, Regina Leader Post September 2, 2014
For years I’ve had this vision of building a state-of-the-art garage. But I’ve been so busy between working on my TV show and books and just taking care of business, I put it off every year.
You know the saying “the cobbler’s children have no shoes?” That’s me — I’m the contractor who has no time to work on his home. But about two years ago I decided the time was now — it had to happen.
So what do you do if you don’t have time to do something yourself? You hire someone else to do it. That’s what I did. I asked my son Mike Jr. to take over the build.
It took three months to plan just the structure, never mind the interior. One thing I knew for sure was it had to be off the grid. I talk a lot about sustain-ability and going green, and I wanted to build something that makes sense for the future. That meant maximum energy efﬁciency and minimal environmental impact.
First, we built the frame using Durisol block. Durisol is an insulated concrete form (ICF) made out of cement-bonded wood fibre material. That made the structure fire rated, sound rated and insulated — with an insulation rating of R31 without having to build a wood structure on the in-side. Remember, we want to use minimal energy to its maximum potential. To do that, insulation is key.
Durisol block also provides better water resistance, no air infiltration, high wind load, termite resistance — and it never rots or decays. It’s also glued together, saving build time.
Plus, it helps regulate humidity levels: in humid conditions, the block absorbs moisture — which prevents mould — and then releases it as conditions dry. Now that’s smart.
Next, on the roof, we installed 40 solar panels that have a peak power production of about 10 kilowatts. That energy goes to inverters that turn DC power into AC power, which is what our electronics and appliances use.
The inverters and a backup generator feed two Sunny Island controllers in-side the garage that charge a massive battery bank. At night or on cloudy days when there isn’t enough solar energy to power the garage, the batteries kick in. And if there isn’t enough energy in the batteries the controllers will turn on the generator.
We also added solar-powered skylights that have an acoustical rain sensor, so when rain hits the pad the skylight automatically closes.
Because the solar panels were at the top of the roof, I couldn’t have the sky-lights up there too. I opted to install them lower, and I liked that because I can see through them but no one can see in.
Then we installed a metal roof which doesn’t retain heat like asphalt does, so it’s better at regulating and maintaining indoor temperatures, helping to reduce energy use.
The particular product we used is a stone-coated steel that looks like asphalt. It’s a 26-gauge galvalume corrugated panel that is Class A ﬁre rated, corrosion resistant and very durable.
We also added a section of green roof and installed a cistern to collect rainwater that comes off the main roof. I’ll use the rainwater to water my lawn and wash my cars and driveway.
My garage was about putting theories that worked and available technology all under one roof to build a structure that looks good and operates even better, using minimal energy.
I wanted to show it’s possible to build an amazing structure beyond anything you can imagine — the ultimate man cave — and it can be environmentally friendly.
It’s about building smart and pushing the limits of what you think you can do...just ask my son. But that’s another story.
Watch Mike’s Ultimate Garage special, premiering Sept. 1 on HGTV. For more information visit makeitright.ca.
© Copyright (c) The Regina Leader-Post

From the photos, Mike's 1800 square foot garage turned out gorgeous! Take a look at the photos posted over the last day. You can view more photos at www.mikesultimategarage.com:

Some of the landscaping around the garage: 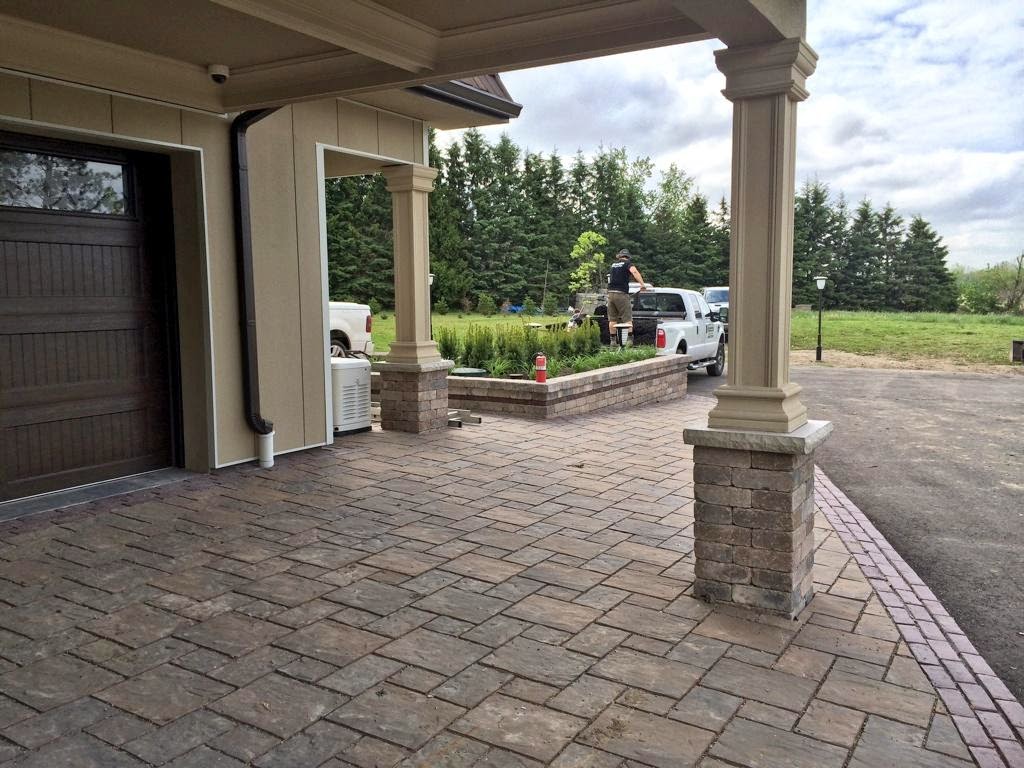 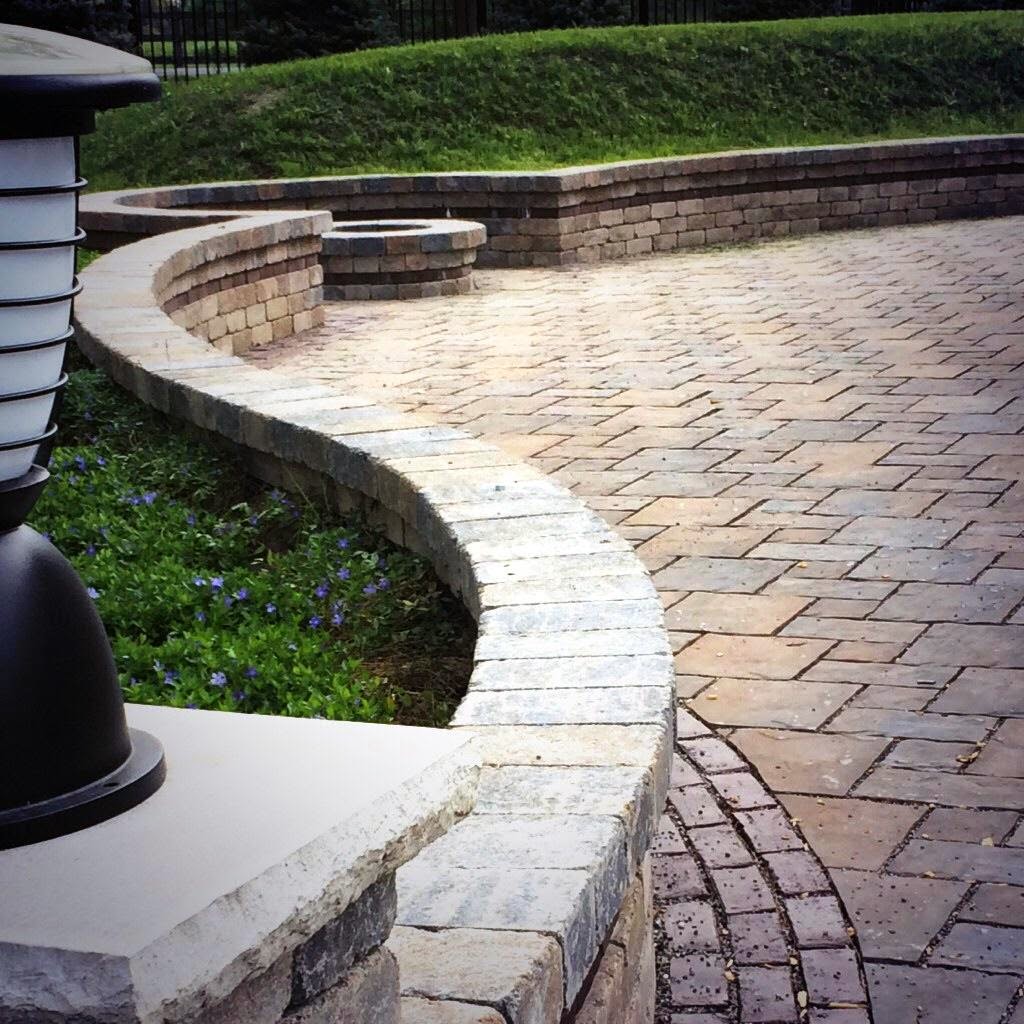 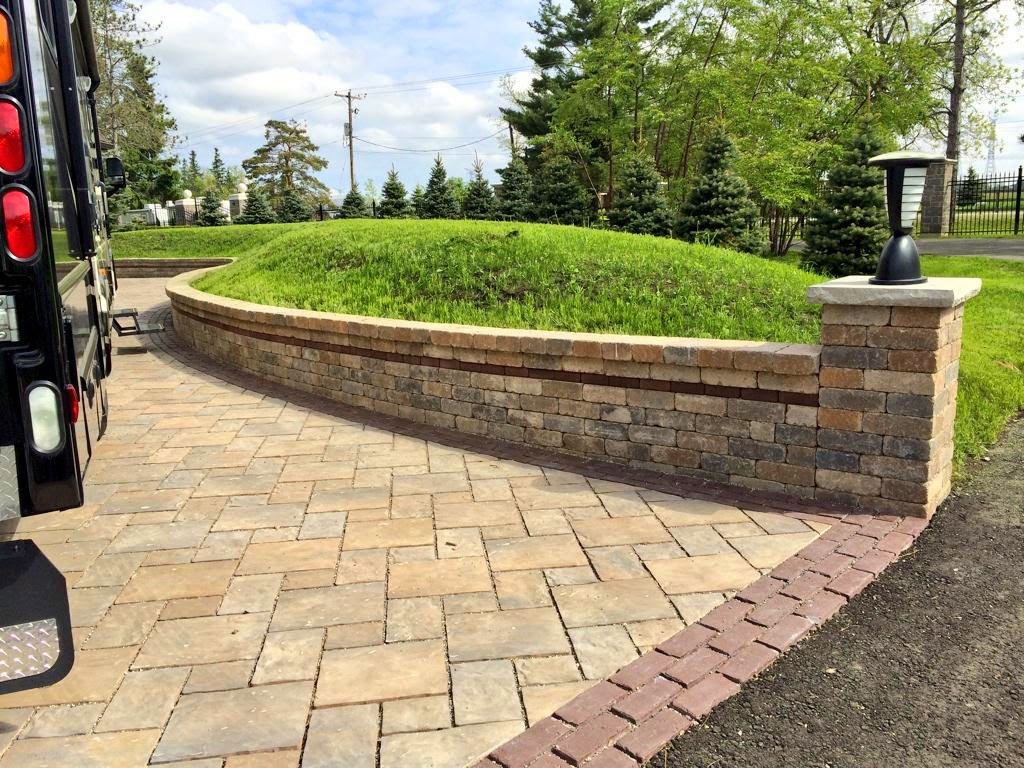 Here are some of my personal favorite photos from Mike's website: 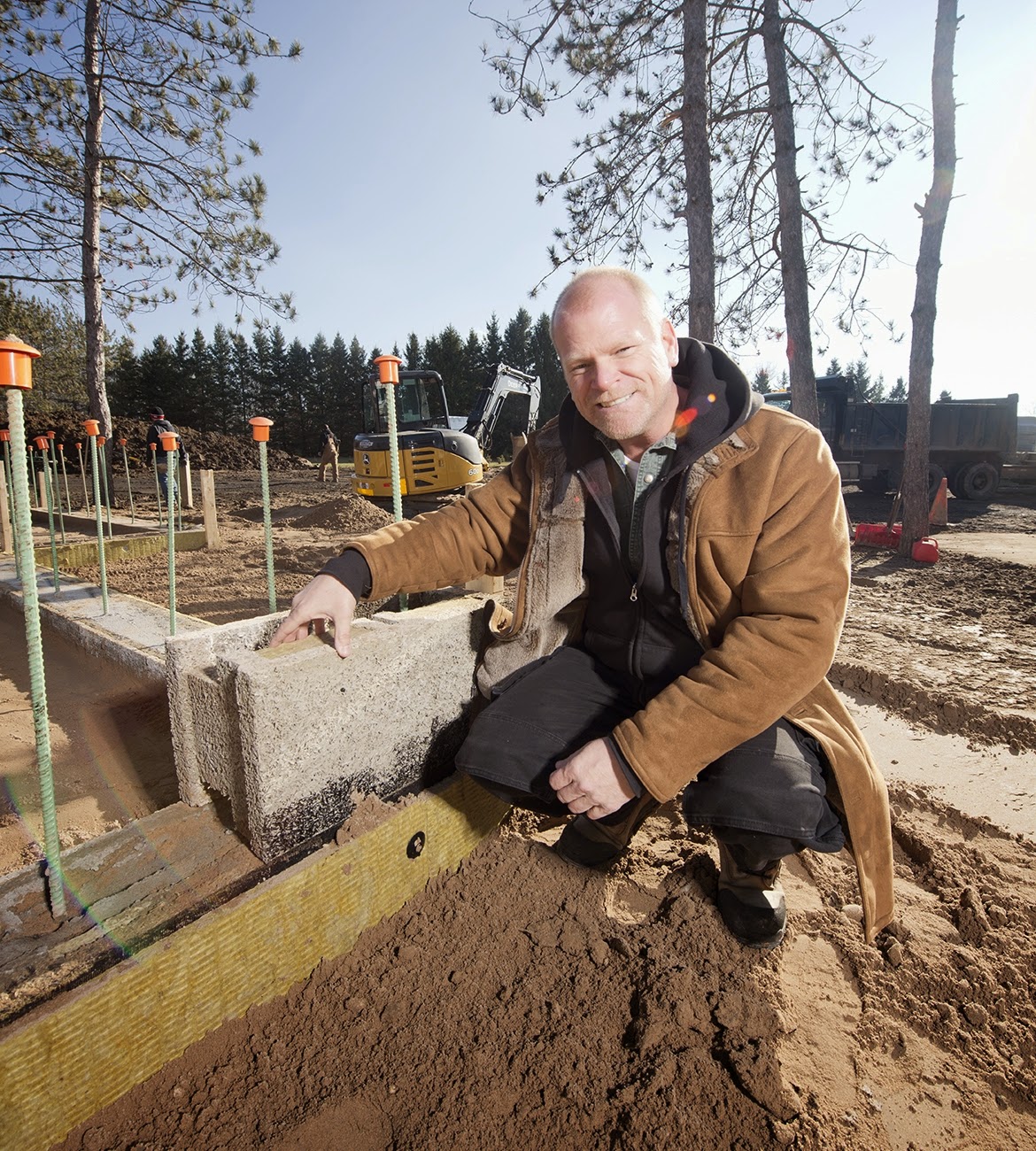 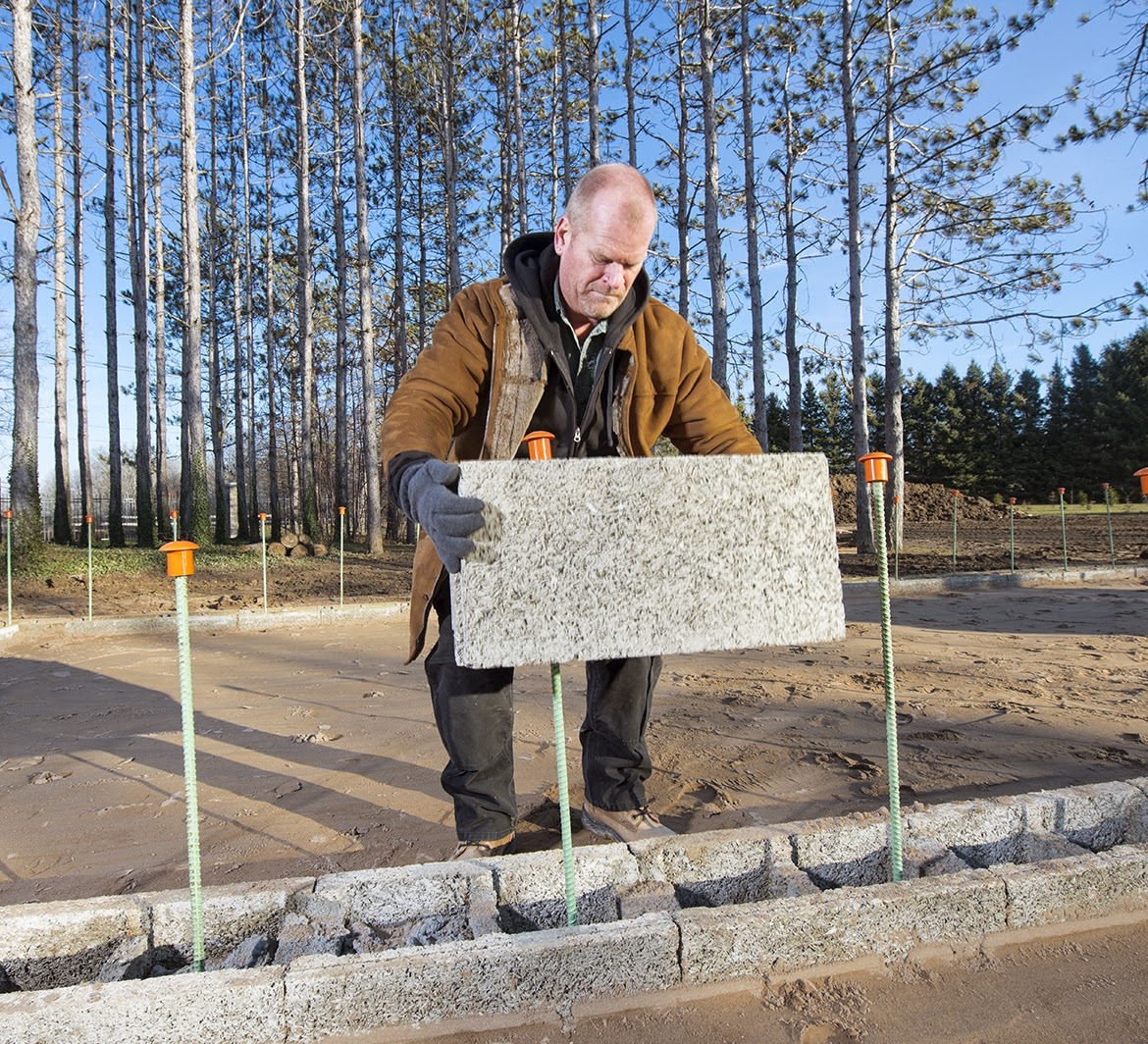 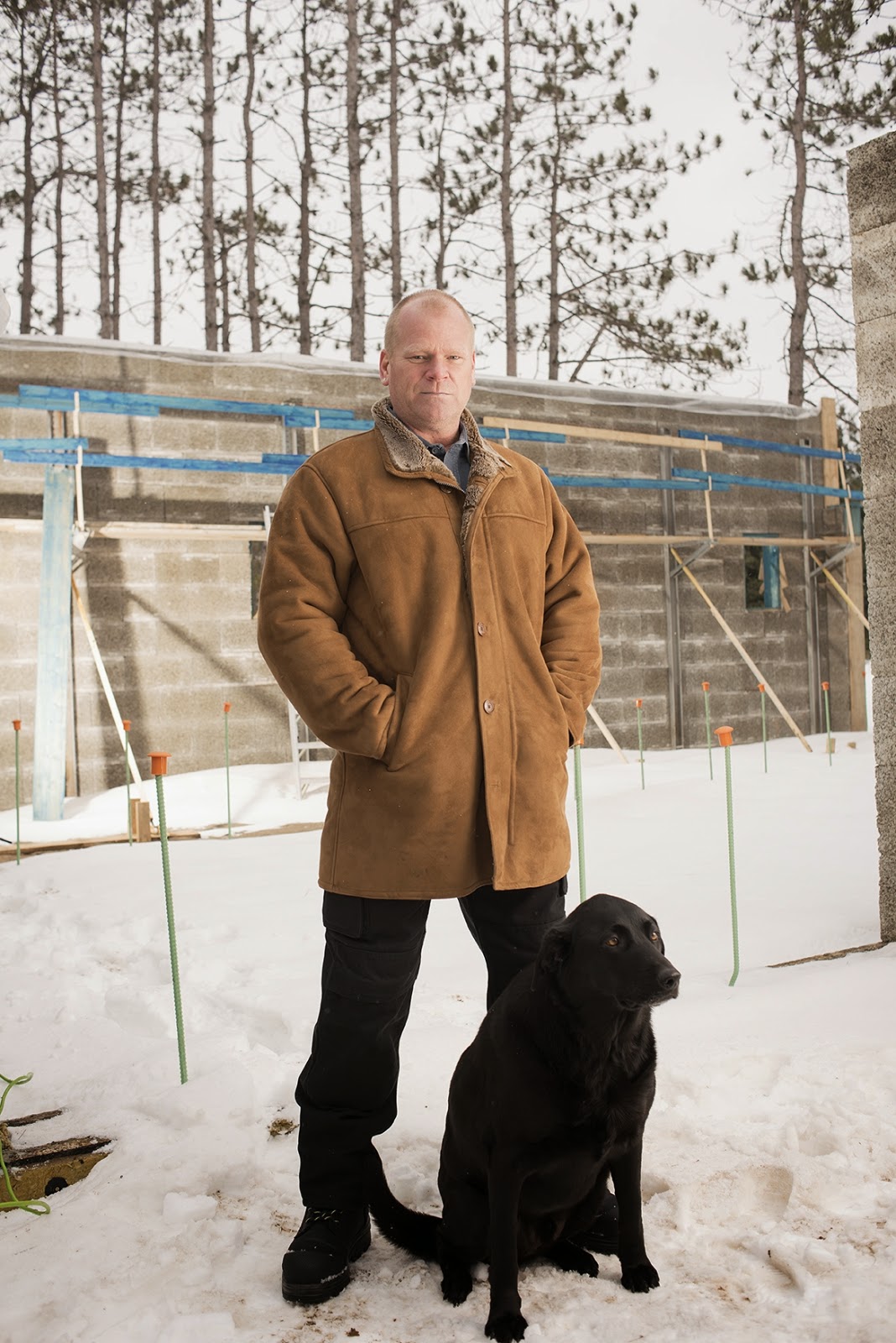 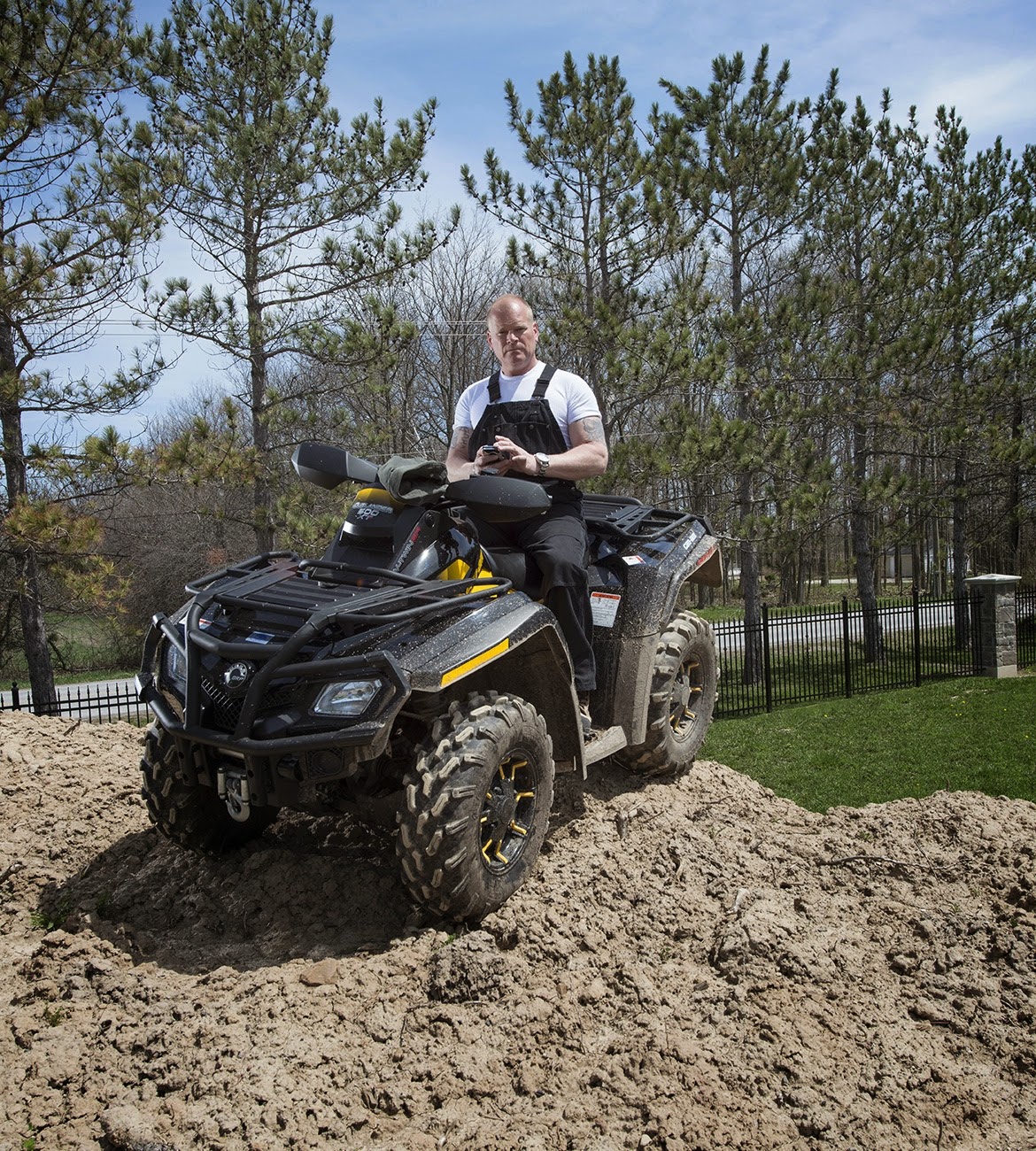 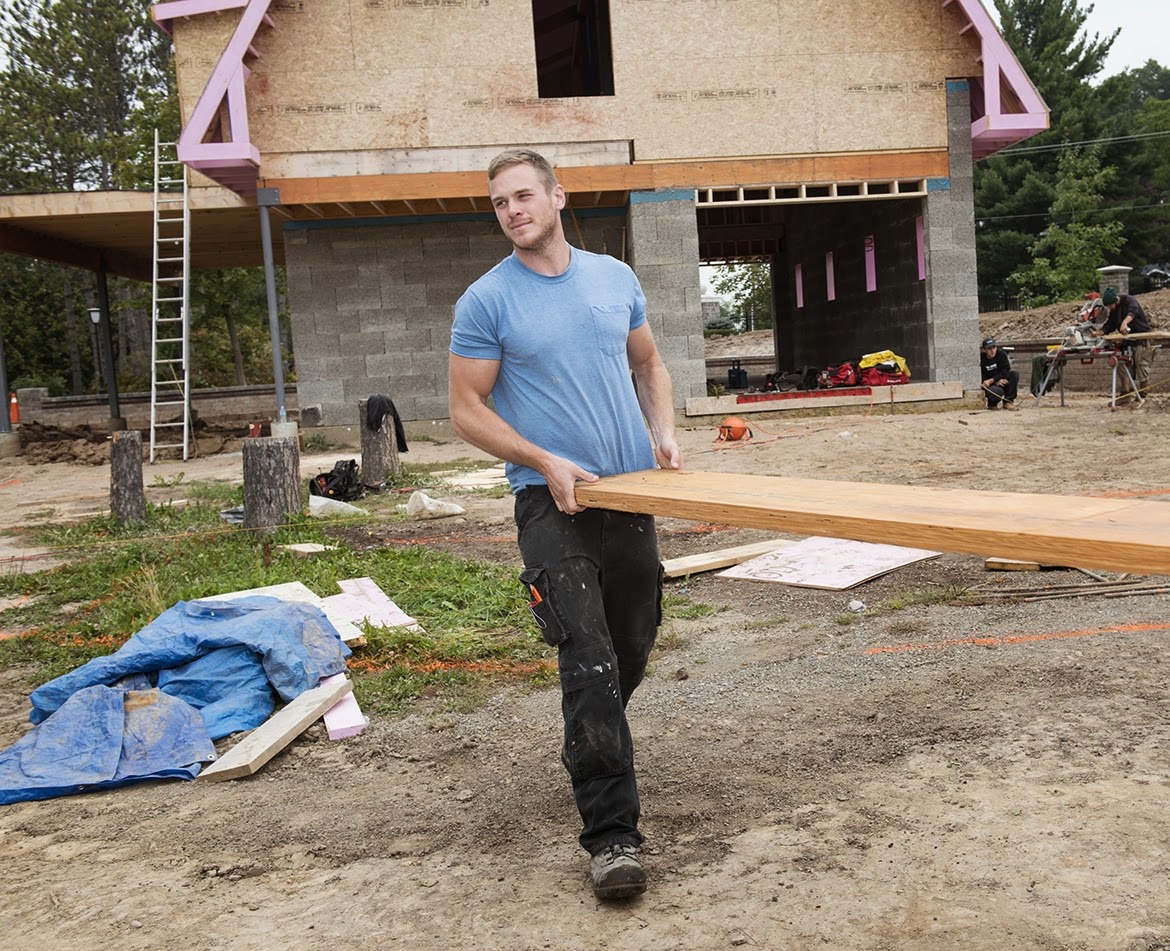 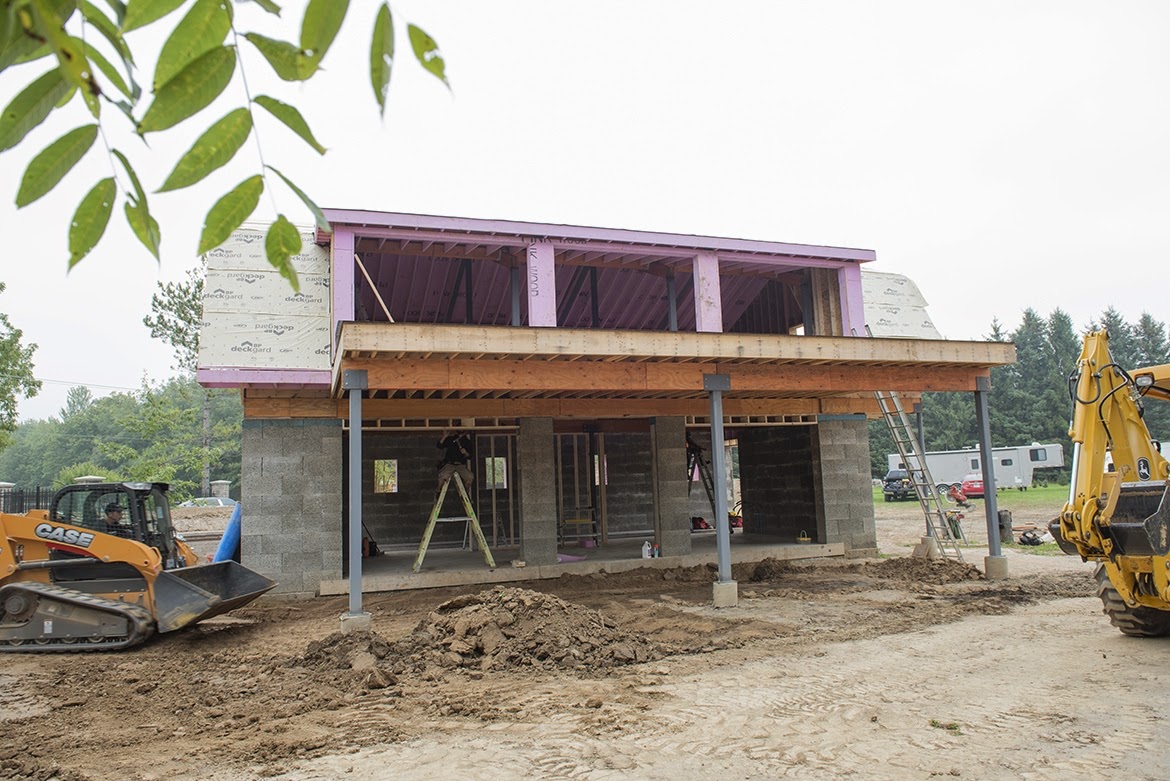 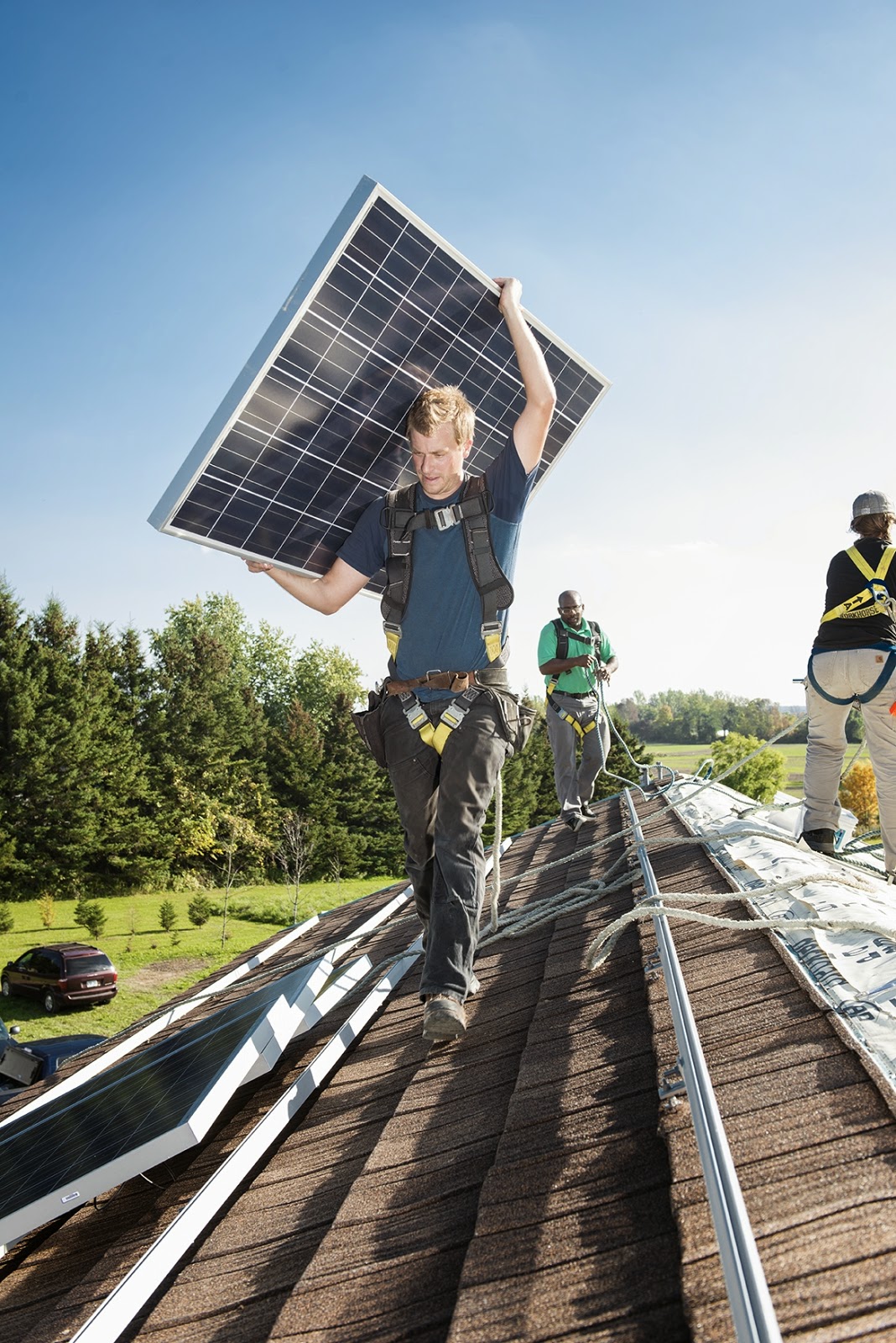 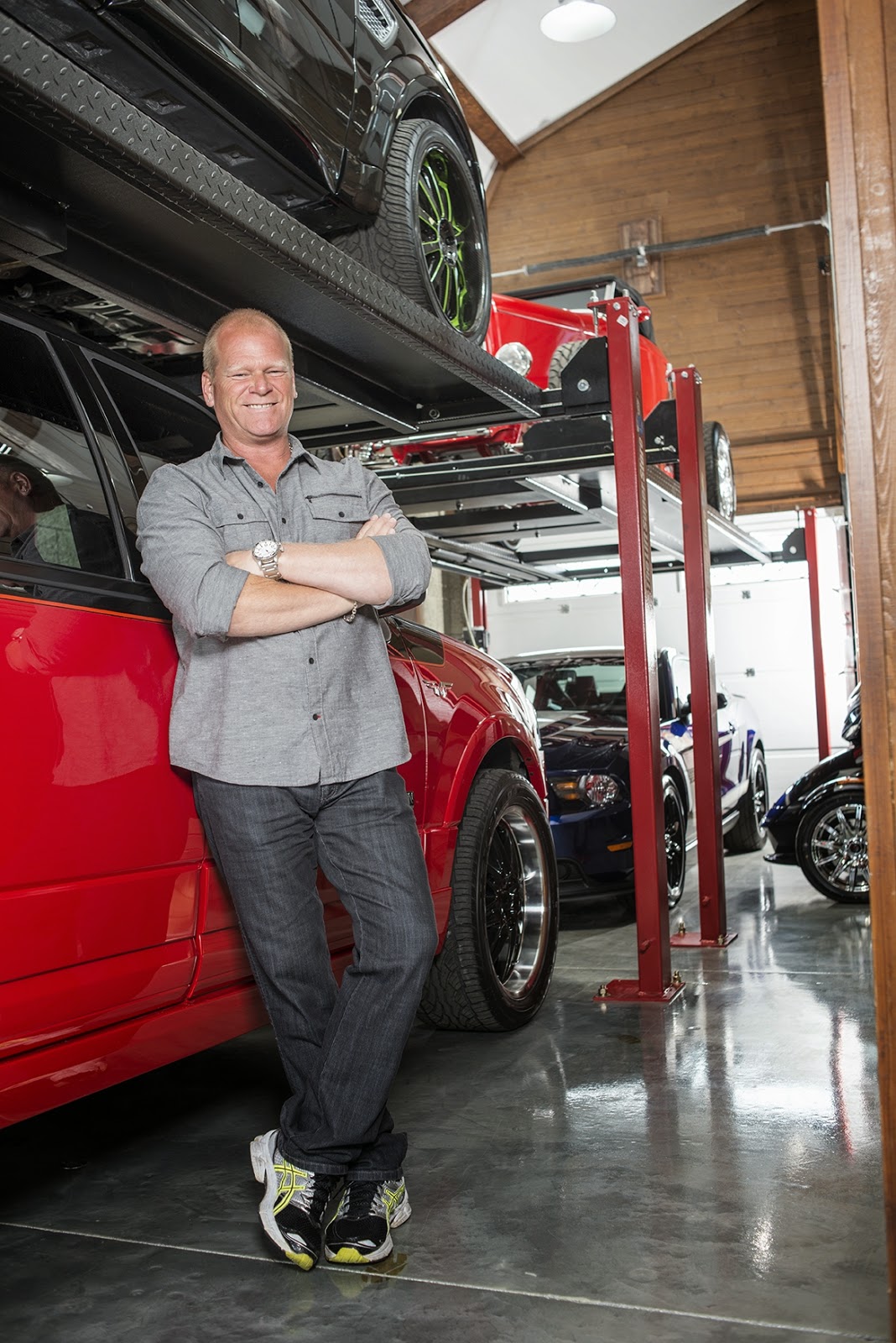 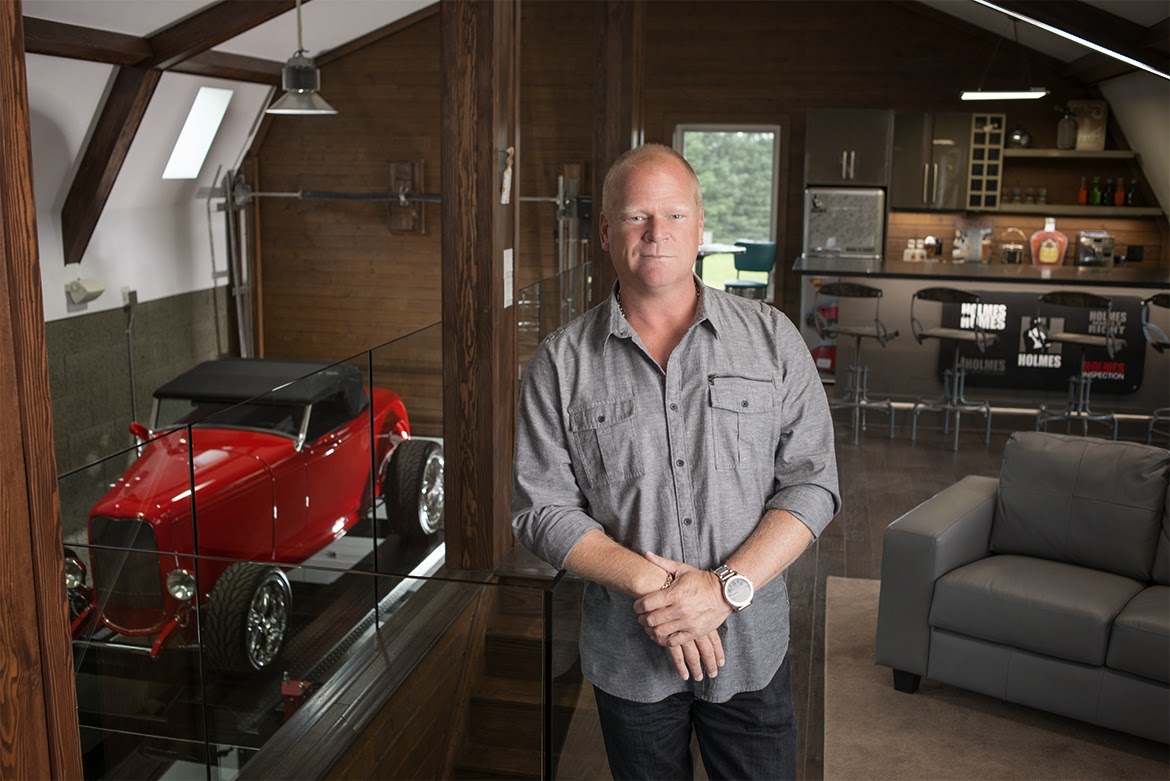 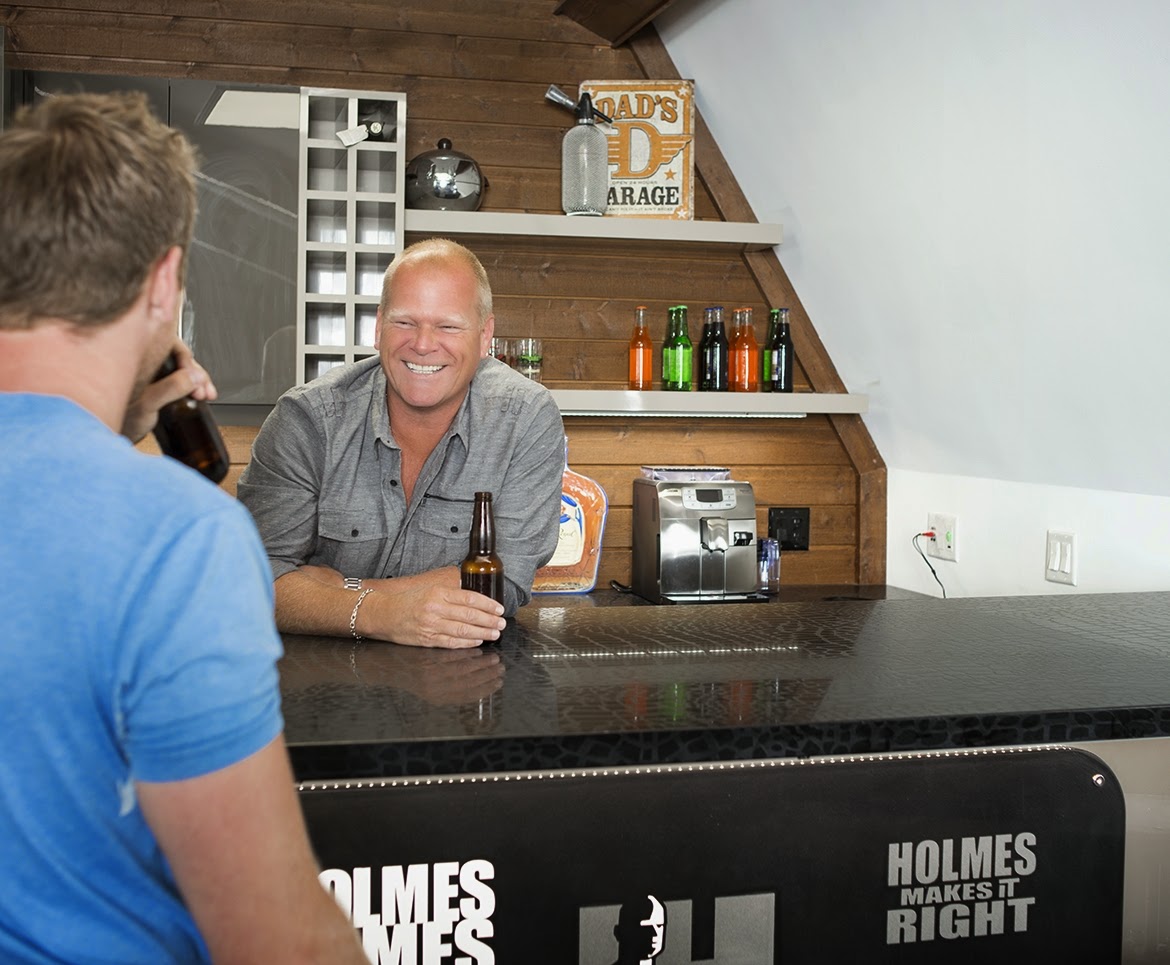 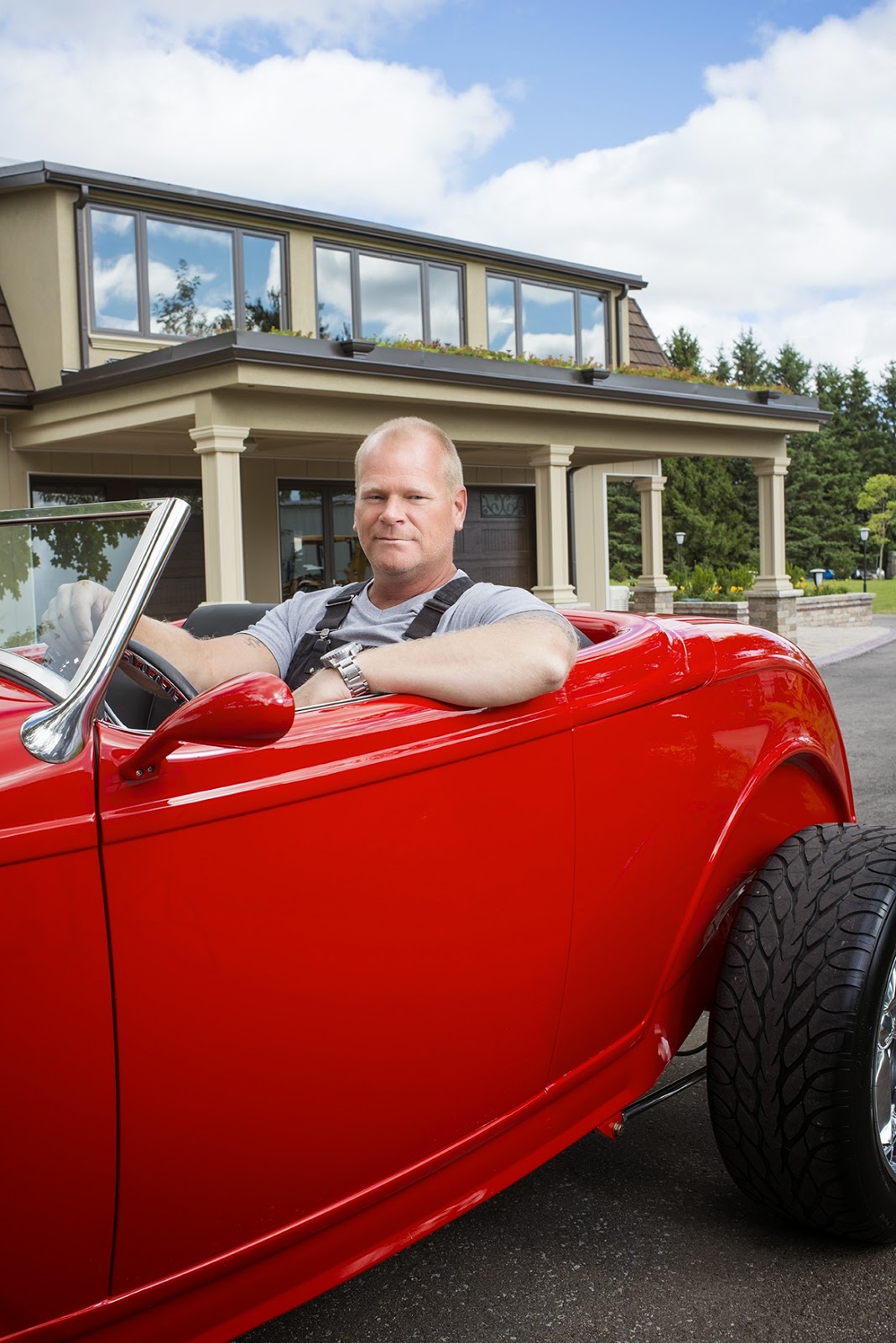 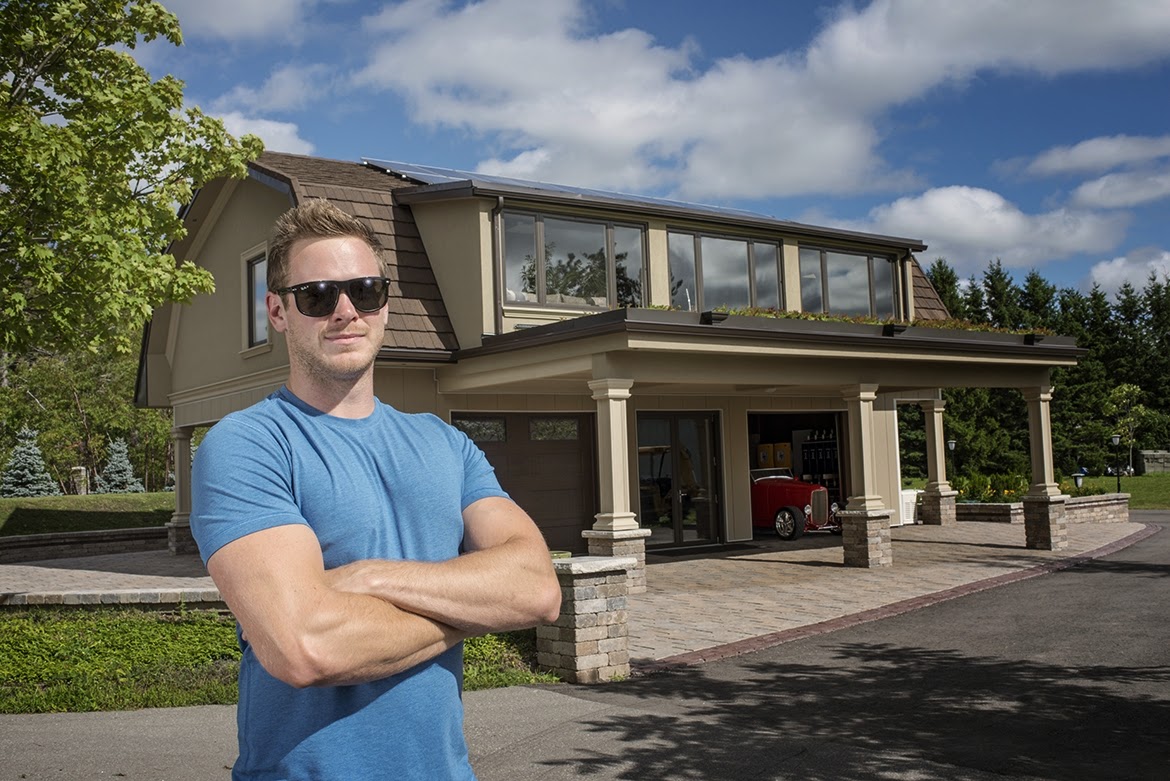 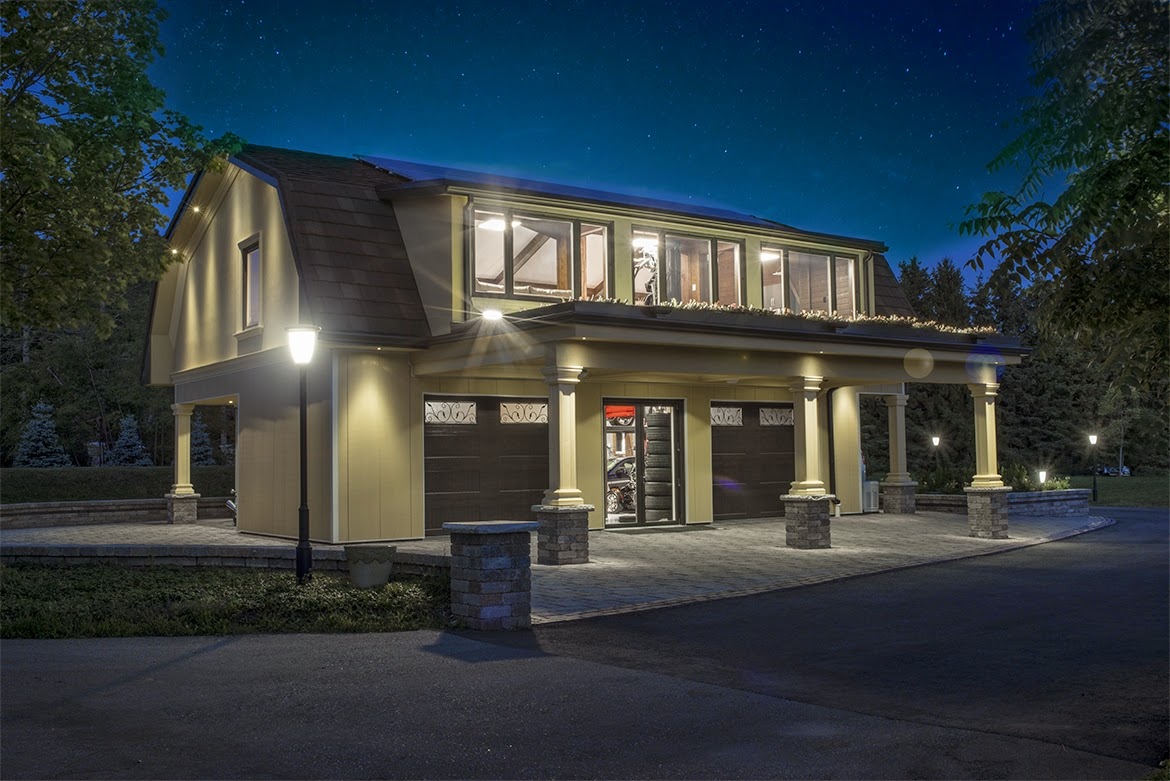 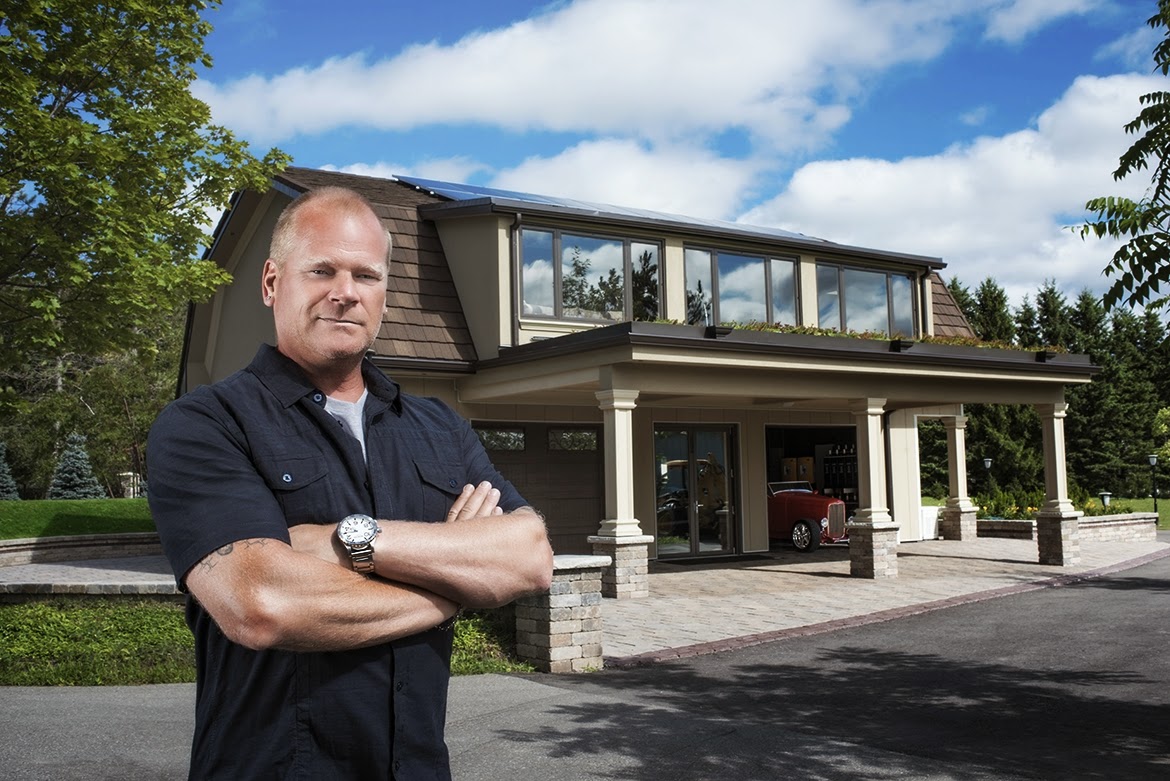 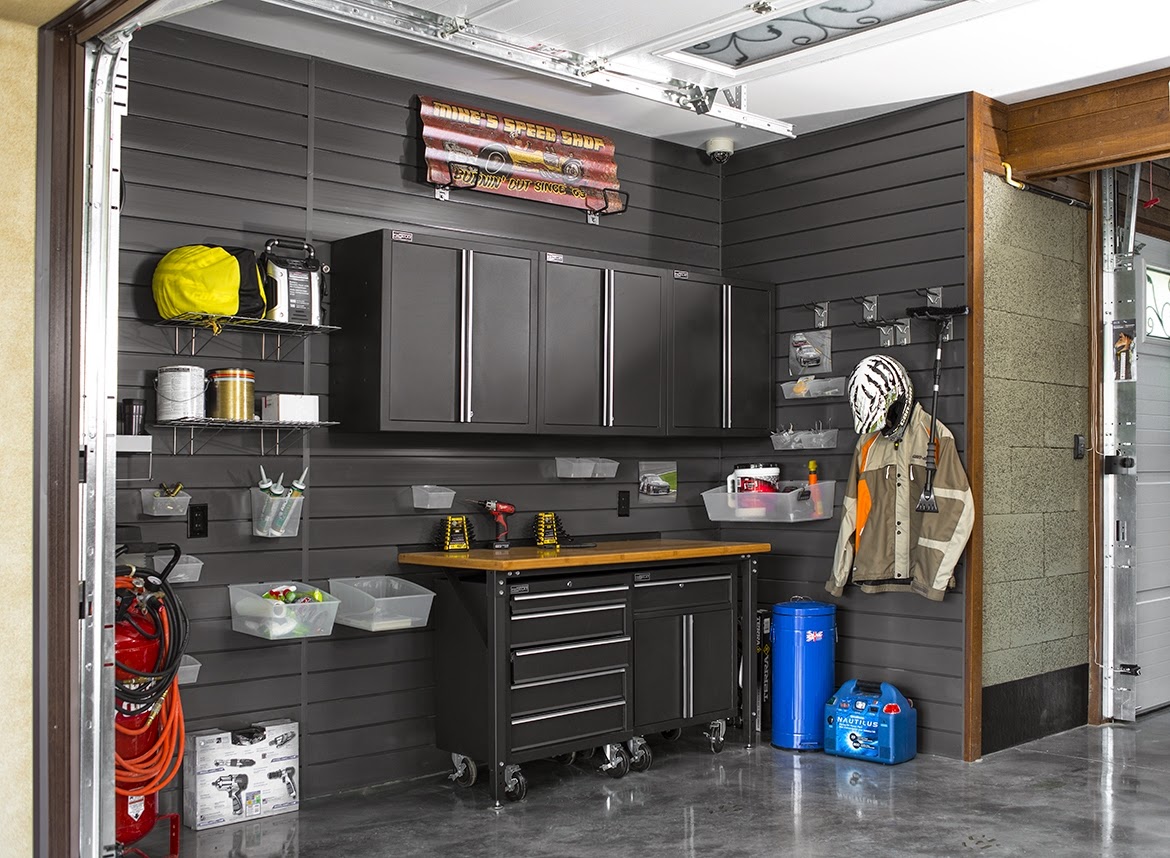 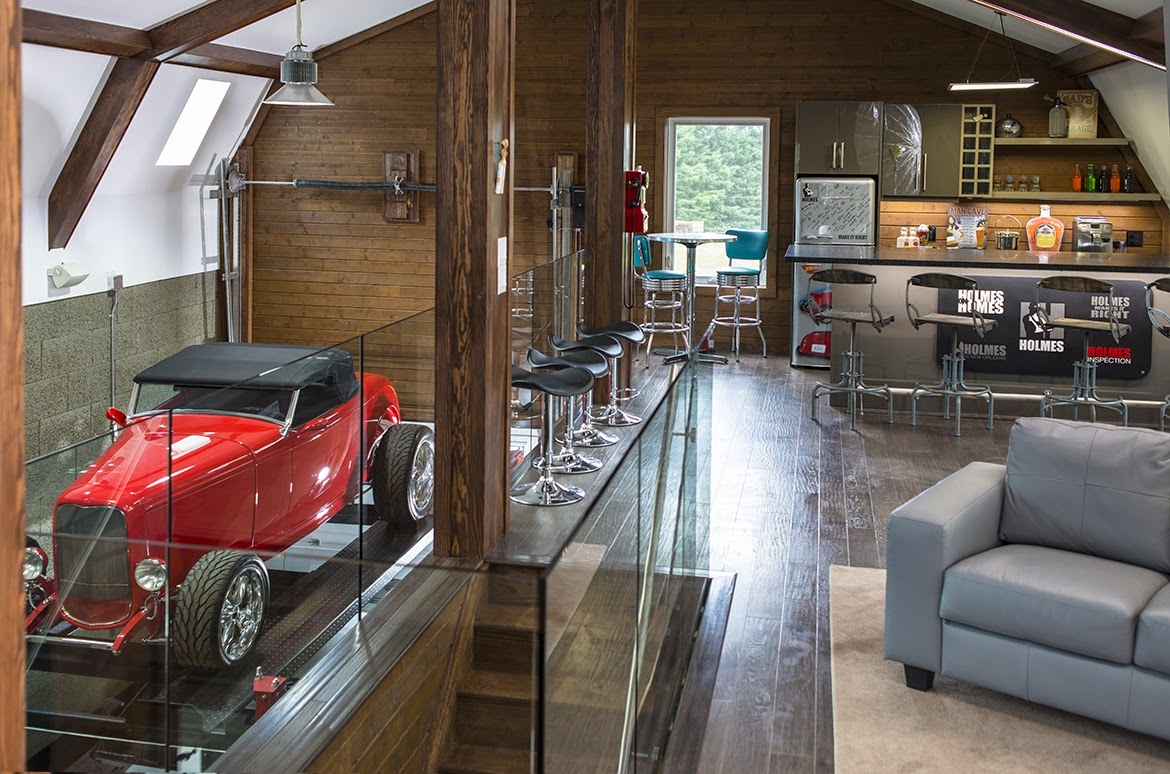 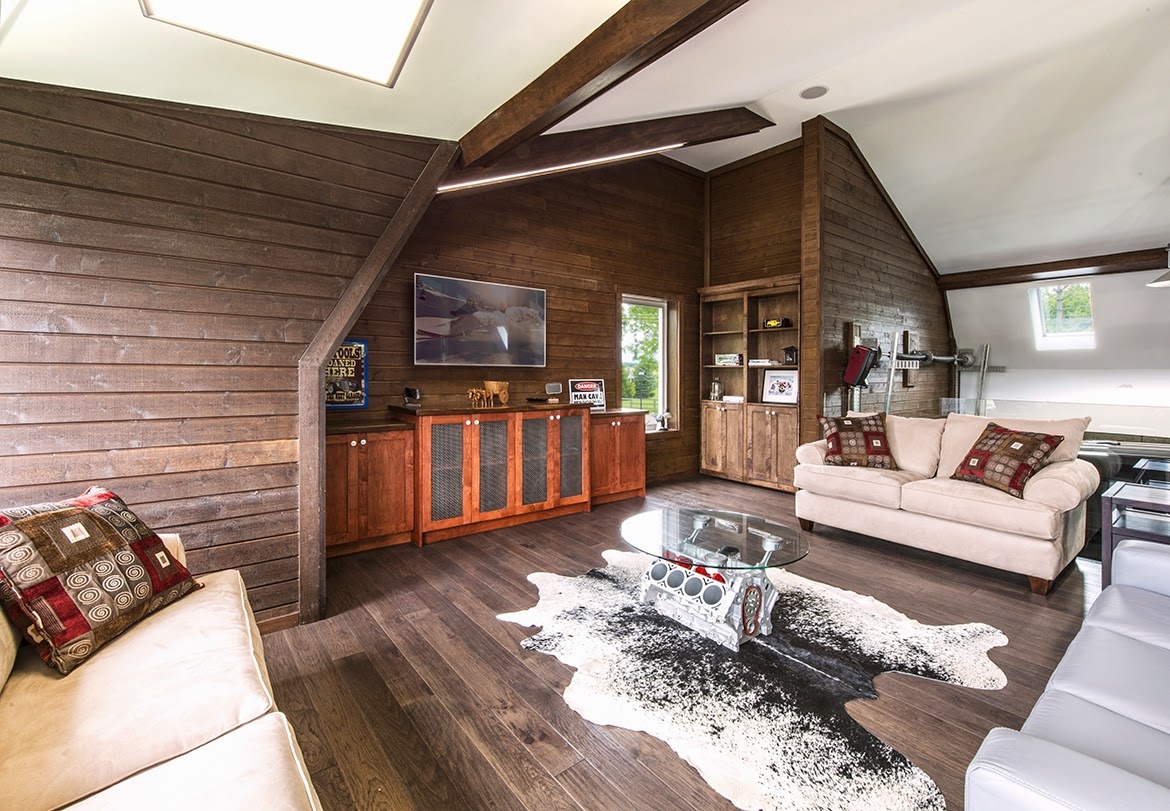 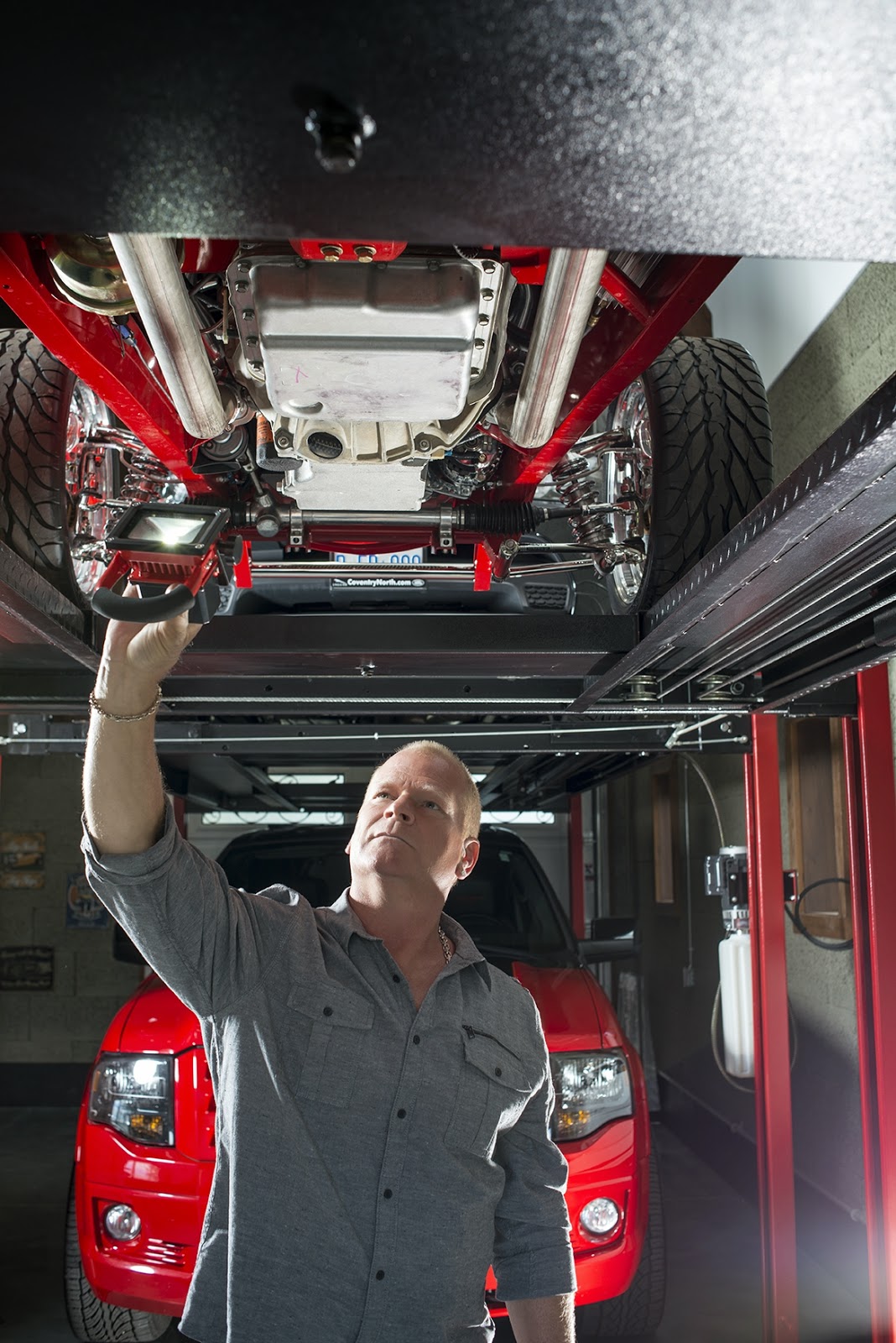 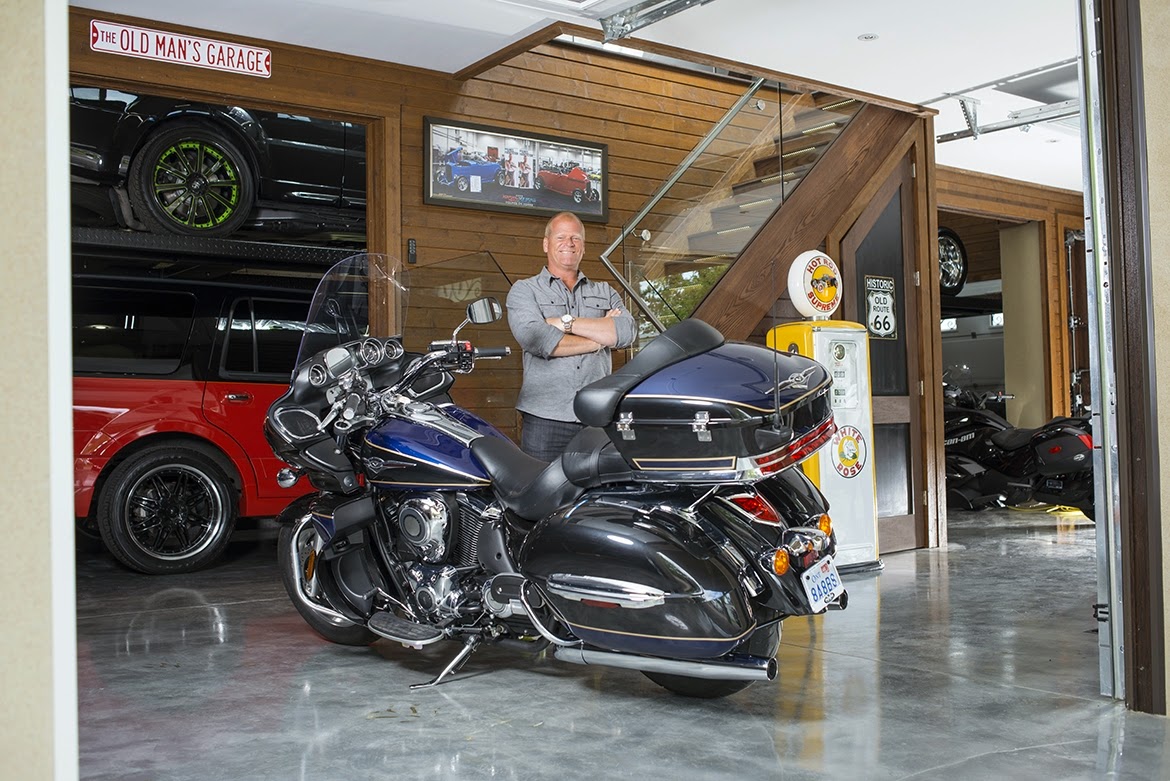 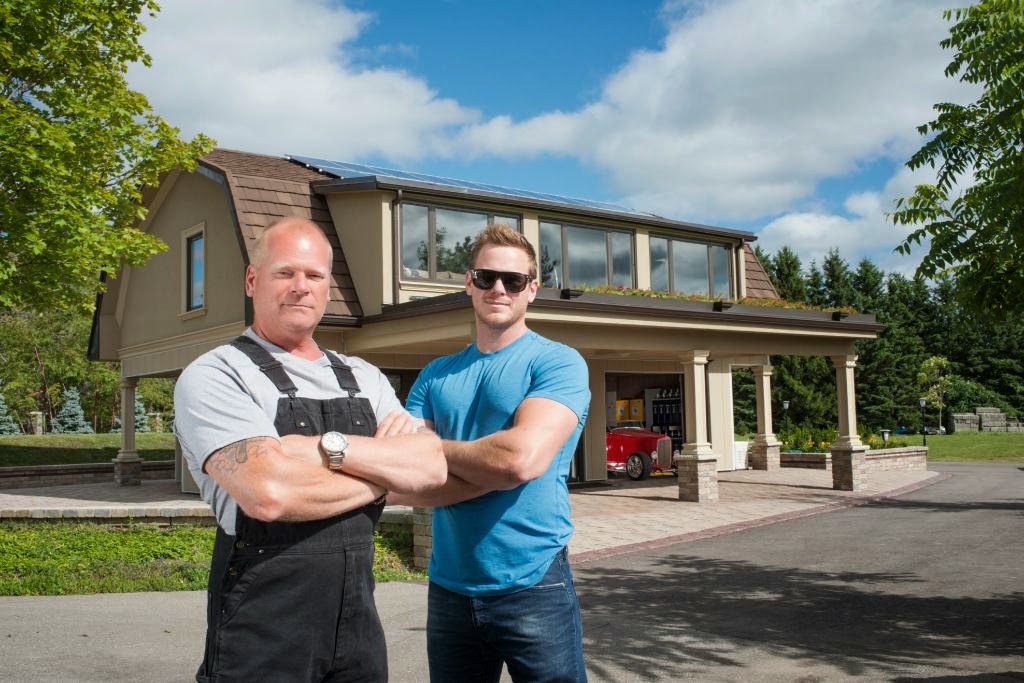 And last but not least, Mike used the experience to teach his son how to drive stick shift. Mike reports happily that his neck and head are still intact! 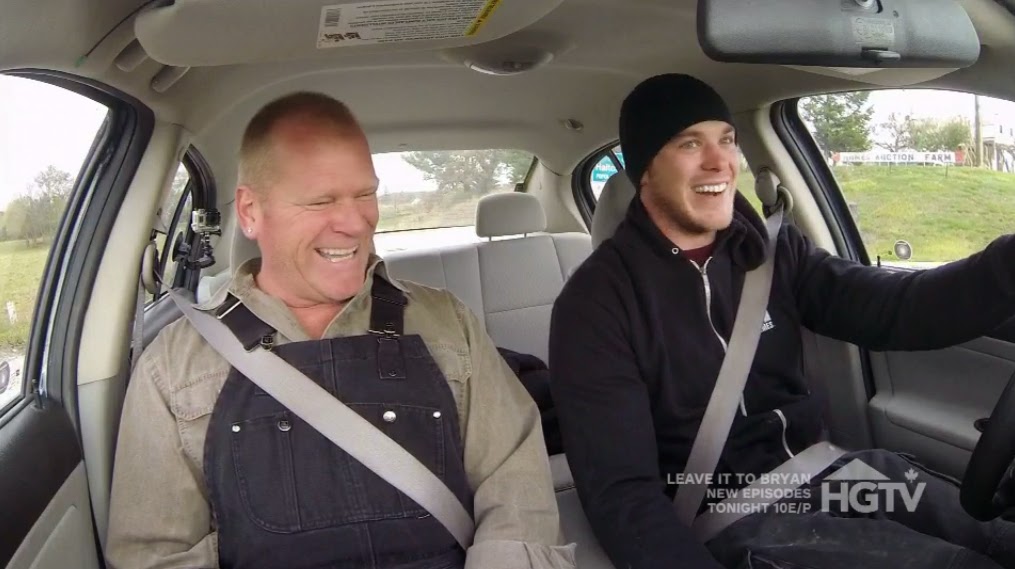