Earlier this year, Mike Holmes announced a partnership with RDC Fine Homes, a quality home builder in British Columbia. Mike even released a short video about why he stands behind the BC builder. This month on September 22, Mike Holmes will be holding a meet and greet after personally inspecting the property in the Crumpit woods, and a few very lucky fans will experience a little VIP treatment. RDC Fine Homes is holding a contest on their Facebook page in which fans who answer a few questions correctly will be entered in a chance to win a Sea-To-Sky Gondola ride with Mike Holmes on September 22. For more information see Mike Holmes for RDC Fine Homes.

From the Squamish Chief: 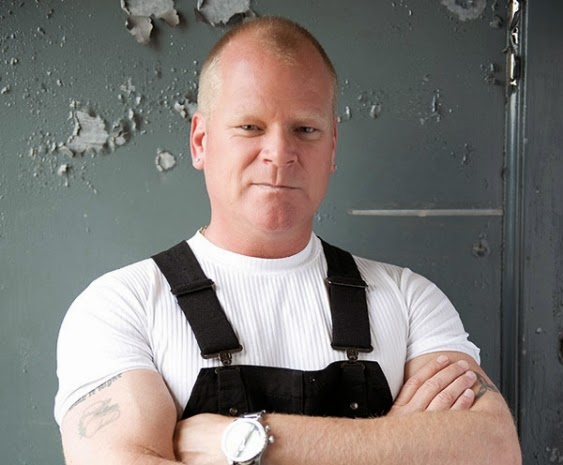 Holmes is going to be on Squamish homes.

The star of Holmes on Homes – Mike Holmes – is hitting town to tour new homes selected to be a part of his Holmes Approved Homes program. The program highlights proper building practices that use cutting-edge products and technology, Holmes Group spokesperson Amanda Heath told The Squamish Chief.
On Monday, Sept. 22, Holmes will conduct stage inspections on the Whistler-based construction company RDC Fine Homes’s residential houses in Crumpit Woods in Squamish.
“RDC Fine Homes are the first [company] in B.C. to join the program,” Heath said, adding 15 companies across Canada have been selected for the initiative.
Holmes on Homes originally ran in 2001. The Canadian television series features the general contractor visiting homeowners whose houses need some kind of repair after renovations went wrong. The show was picked up worldwide and airs on HGTV. The 30-minute episodes once held the title of the highest-rated show on the Canadian HGTV.
RDC Fine Homes staff are excited to be recognized by Holmes, its president Bob Deeks said.
“Mike has selected us for our focus on quality homes and our commitment to innovative and energy-efficient products,” he stated in a press release.
The Crumpit Woods developments will include the voluntary energy efficiency program Energy Star certification and innovative materials, such as insulated concrete foundations – interlocking modular units that are filled with concrete.
“The Mike Holmes inspection team will inspect and review our projects along the way,” Deeks said.
Holmes will be available to meet with people from 2 to 3 p.m. after the inspections.

Do you want to ride the new Sea-to-Sky Gondola? Are you a fan of Mike Holmes? If your answer to either of these questions was yes then here is a contest for you!
As the first Holmes Approved Homes builder in British Columbia, RDC Fine Homes has teamed up with Mike Holmes to offer this amazing contest and it is so easy to enter.
Visit the RDC Fine Homes Facebook page, fill in a short survey and you will be entered into the draw to meet Mike Holmes and ride the Sea-to-Sky Gondola with him on September 22nd.
Good luck!

And if you're interested in entering the contest here it is. PS -- you might want to read the rules first before entering (never fun to win a contest only to find out you can't accept the prize):


Win the chance to meet Mike Holmes and ride the New Sea to Sky Gondola in Beautiful Squamish BC!

Answer the three questions below correctly and you will be entered into a draw to meet Mike Holmes and ride with him up the new Sea to Sky Gondola on September 22nd, 2014.. Answers can be found on the RDC Fine Homes Facebook page or website (www.rdcfineholmes.com) or the Mike Holmes website (www.makeitright.ca)
Good luck!
How many Holmes Approved Builders are there in British Columbia?*

How many tiers are there to choose from in the Holmes Approved Homes program?*

What does RDC use for building the foundations of their new homes (hint - this helps to insulate your basement and reduces waste associated with traditional foundations)?*
Posted by The Holmes Spot at 9:47 AM