One of Mike's crew members, Glen Coyle, who became part of the Holmes Makes It Right team in 2013 announced today that would be leaving the show to "pay it forward" in his own way. Glen, who in his short time with Mike had become one of my favorite crew members, left this gracious message on his official public figure Facebook page, thanking both Mike and the crew for the time he spent with them. He calls his experience a "highlight" in his life. I sincerely hope that we will see more of Glen in the future. (Maybe, just maybe, he'll be joing forces with Damon Bennett to do something with military men and women and construction... but that's just my own speculation.) 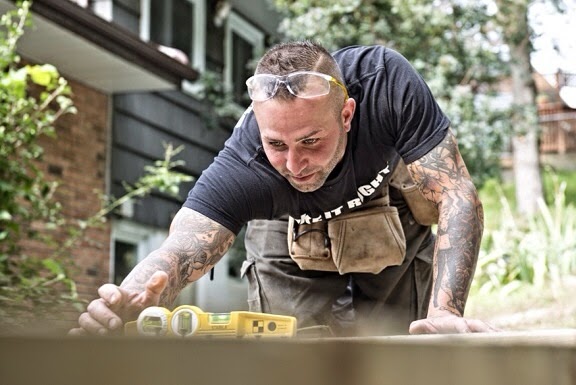 It is with sadness that I say today is my last day working with Mike Holmes Group. It has been an amazing journey which has been a highlight in my life. Thank you to my crew who took me in as an army soldier and turned me into a construction soldier. I love all of you and I will always remember the fun we had and will continue to have. I am moving on to pay it forward. I will be focusing on finding ex military employment and raising awareness on issues that soldiers deal with when returning home from tour. Special thank you to Damon Bennett, Adam Belanger and Carl Pavolic for taking the time to teach me this great trade. Thank you Mike Holmes for allowing me to be apart of your amazing crew. I will miss you all sooo much.