November is Radon Action Month, which brings about the question - how much do you know about radon? Radon is a silent killer and the only way to know if you have elevated levels of radon in your home is to test for it. When radon - a colorless, odorless gas - gets trapped inside your home, it can lead to all kinds of problems including cancer. The best tactic to battle this silent killer is to educate yourself about it and learn how you can mitigate it if it's a problem in your home. The great news is that if you find out that radon is an issue, getting rid of it is relatively inexpensive.

Mike Holmes: Radon is our second silent killer — and testing your home is the only solution 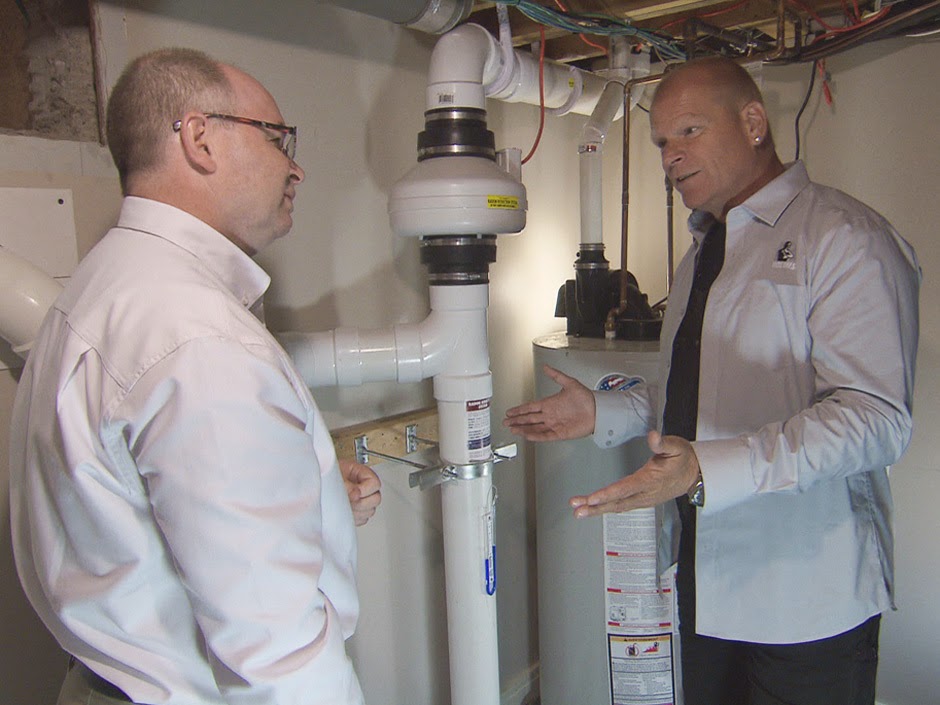 Holmes Group Radon seeps up through porous basement floors and walls — usually in minute amounts. It's impossible to detect without having a test done.
We turned the clocks back an hour last weekend — it’s also a good time to change the batteries in smoke alarms and carbon monoxide (CO) detectors (since batteries need to be changed twice a year, doing it when the clocks change makes it easy to remember). If you haven’t done it yet, do it now.
But it’s also time to think about another silent killer in every home — radon.
November is Radon Action Month, aimed at boosting awareness of the gas that is the leading cause of lung cancer in non-smokers. If you’re a smoker and have elevated radon levels in your home, over time your chances of developing lung cancer is one in three. It’s estimated that radon causes 3,200 lung cancer deaths a year in Canada.
What really gets me is that these deaths could be avoided.
First, what’s radon?
Radon is a colourless, odourless, radioactive gas that comes from the breakdown of uranium, which is found in rocks, soil or water. When diffused into the outdoors, radon isn’t dangerous. It becomes a problem when it gets trapped and accumulates, like in a home.
Most homes nowadays are more tightly sealed — which is great for energy-efficiency, but not if you have a radon problem.
Because radon is a gas, it seeps into homes very easily, through small cracks in the floor slab, foundation, crawl spaces, the sump pump, and openings for venting and plumbing. It can even get in through the water supply.
How much radon is safe?
Every home has some radon in it, depending on geography. The question is how much? The only way to know is through testing.
Health Canada recommends that radon in indoor air should not exceed 200 becquerel per cubic metre (Bq/m3; becquerel is an international standard unit of radioactivity). I recently saw a house that had more than eight times that amount. Think that’s bad? I’ve heard of homes having over 2,300 Bq/m3. One home in Quebec had 20,653 Bq/m3, while the house next door had only 125 Bq/m3 — and it had a crawl space with a dirt floor.
There’s no telling if a home has a radon problem, and that’s why testing is so important.
There are short- and long-term radon tests. You can also buy radon test kits, but testing isn’t so simple. Do it wrong and you compromise the results. For example, you have to place the device a certain distance away from walls, the ceiling, floor and other objects, and it can’t be near any venting, either.
You also have to keep all your windows and doors shut during the entire testing period, which is typically between three to five days for short-term testing and a minimum of three months for long-term testing. The best time to test is during winter, when we keep our windows and doors shut the most.
To test your home, hire a pro who is certified by the Canadian-National Radon Proficiency Program (C-NRPP). You can find these pros on the C-nrpp.ca website. They’ll bring and place the device in the proper position, pick it up when testing is over, send it to the lab and deliver the results.
If your home has elevated radon levels, they can also help you take the necessary steps to make it right and find a certified radon mitigation contractor. And the good news is that fixing the problem is relatively inexpensive.
Get your home tested for radon. It could save a life.
Watch Mike Holmes on Holmes Makes It Right on HGTV. For more information visit makeitright.ca.
Posted by The Holmes Spot at 6:29 PM