All the way back in May of 2013, Mike Holmes announced that he would be working with a Meaford, Ontario developer to develop a line of homes that would not only look good on the outside, but be good on the inside. A year and a half later, it was announced that Mike Holmes has purchased the first home in the Third Line Homes community of TerraceWood, a "healthy home" community built without toxic materials. In the article below, it describes Mike's relationship with Holmes Approved builder Third Line Homes and their commitment to building better, healthier, sustainable homes.


From the Meaford Independent: 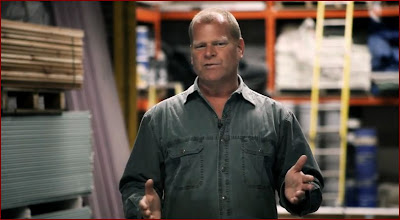 “Together we’re raising the standards,” says Holmes. “This is about taking residential construction to the very next level – redefining the way homes are built.”

The company says that TerraceWood homes strive to be physically, socially, and environmentally restorative. They are designed and constructed to support health and wellness, to optimize energy efficiency and to minimize their carbon footprint. “These homes are toxin-free, mould- and fire-resistant, sound- and termite-proof, accessible, super energy efficient and feature superior indoor air quality.”

All Third Line homes are built with Durisol - insulated concrete forms (ICF) that do not use foam or polystyrene but instead use a proprietary wood concrete material that creates a 'breathable wall', explained Tim Singbeil of Third Line Homes

VP of Production and Innovation, Singbeil discovered Durisol in his search for truly healthy building materials. He and his team have built more Durisol homes than any other builder in Ontario.

TerraceWood is a small development on a ravine not far from the town of Meaford, trails, and the harbour. The boutique neighbourhood reflects a new sensibility, incorporating great design, simplicity, and health. The original designs were created by blackLAB Architects to reflect "small town Ontario with a modern twist”.


“We are working hard to deliver sustainable, healthy, and beautiful homes,” says Jan Singbeil, VP of Strategic Planning and Design. “Third Line's mission is to continually innovate and find new ways to perfect the art and science of building, with the clear objective that everyone has the opportunity to live in a healthy home.”