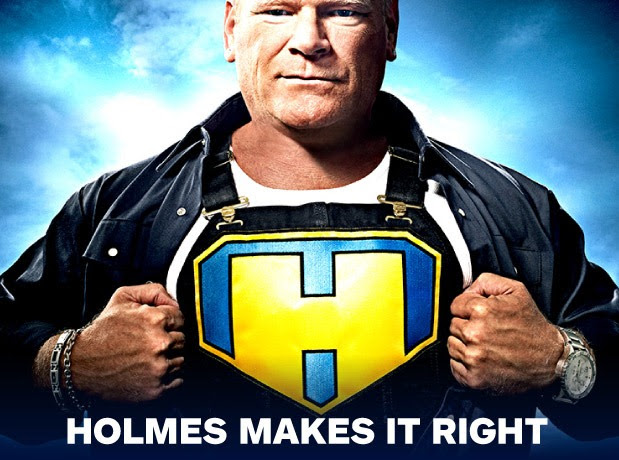 Mark Tuesdays in your calendar! Starting October 16th at 9pm ET|PT, Mike Holmes is back in an all-new series Holmes Makes it Right! Doing what he does best, Mike goes beyond the residential domain to take on all kinds of disasters to make a significant difference in people’s lives. From rebuilding a beloved playground that was the victim of arson, to helping a family who’s dealt with a bad roof and its implications for nearly half a century, Mike is tackling stories that are bigger than the typical bad reno.

Leading up to the premiere of Holmes Makes it Right, we’ll be featuring seven days of fun facts about Mike. And look out for an exclusive behind-the-scenes video of Mike’s photoshoot for the new series. Here’s a sneak peek!

I hope that all those fun videos will be viewable to people outside of Canada! Also, in Toronto, there will be a whole lot of Mike Holmes look-alikes roaming the street. And no, not for Halloween. They'll be dressed like "Super Mike" for a contest promoting the new series.

To kick off the launch of the new series, Holmes Makes it Right, Mike Holmes and his ‘lookalikes’ will be roaming the streets of Toronto on October 16th wearing overalls and super hero capes! Spot a ‘Super Holmes’ for your chance to win $5,000 or one of two secondary prizes: Milwaukee Tools or a Roxul gift card, valued at $2,500 each.

More details about this contest and prizing information coming soon! Check back on our blog on October 15th. 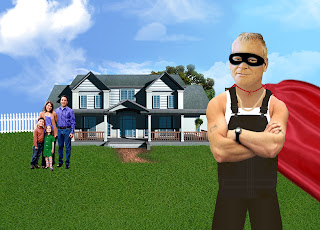