Mike and his super look-alikes on the streets of Toronto, October 16, 2012.

Not sure who to look for in Toronto for the "Spot a Super Holmes Contest" today? Here's a pic of Mike Holmes and the 'Mike-alikes' suited-up in their Super Holmes gear, ready to hit the streets of Toronto. Fans who get their picture taken with them are being entered into a chance to win $5000. The new series Holmes Makes It Right premieres tonight at 9pm ET/PT. http://www.hgtv.ca/holmesmakesitright

From Mike's Facebook just a couple of minutes ago...

I've hit the streets in Toronto. Come find me!

And apparently the crowds in Toronto are out of control! 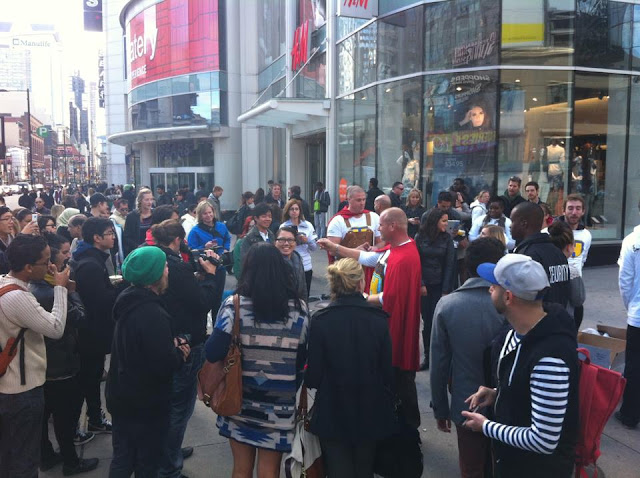