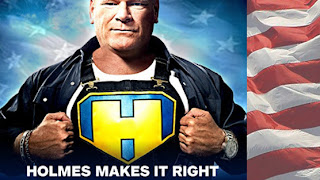 Mike's latest and arguably greatest series Holmes Makes It Right debuted on HGTV Canada in October 2012. Many, many months later, the US has yet to see Mike's newest show, and no timeline has been given as to when the show will air in the States.

A few times, Mike has told anxious fans that they should write HGTV and tell them they want to see Holmes Makes It Right premiere in the US, and that's precisely what I did. Several weeks ago, I went to the HGTV contact page and wrote a short but polite letter to HGTV, letting the powers that be know that I would like to see Mike's latest series. As expected, I never got an answer.

With Mike recently drawing in huge crowds at the Kalamazoo Home Expo this past week, and with his US television campaign for Filtrete brand filters, you'd think HGTV would take the hint that Americans LOVE Holmes! Given all this, the Holmes Spot blog has started an online petition, petitioning HGTV to premiere Holmes Makes It Right in the US. We would like HGTV to know that we are anxiously awaiting an air date, and the sooner they air the show, the better! I hope that all fans from the US and abroad will take the time to sign the petition, and to also write HGTV/US to let them know that you would like to see Mike's new show. Please share the petition all around via Facebook, Twitter, or good old fashioned word of mouth if you feel so inclined.


SIGN OUR ONLINE PETITION TO BRING HOLMES MAKES IT RIGHT TO THE US.