Mike Holmes in Las Vegas at the National Hardware Show

Being a lifelong resident of Las Vegas, I'm usually first in line at trade shows such as IBS, KBIS, and NHS, all which have taken up residence at the Las Vegas Convention Center. If Mike is scheduled to make an appearance at one of these shows, I'm usually first in line several days in advance, like trying to get front row tickets to a sold out rock concert! This time was a bit different, however. Being that I work for a solar company, going to trade shows benefits me and my company, and I use them to learn about new products and network. I was registered well in advance for the National Hardware Show, which started yesterday 5/6 and continues on until tomorrow on 5/8. Unfortunately I was only able to attend one day of the show, and I attended yesterday. Mike was at the show, but as an attendee and was not scheduled to meet and greet as he often does, so I didn't get a chance to see him or say hi. Mike posted these photos on his Facebook of himself trying out some of the latest and greatest safety gear, complements of 3M, of which Mike Holmes is an official spokesman for. 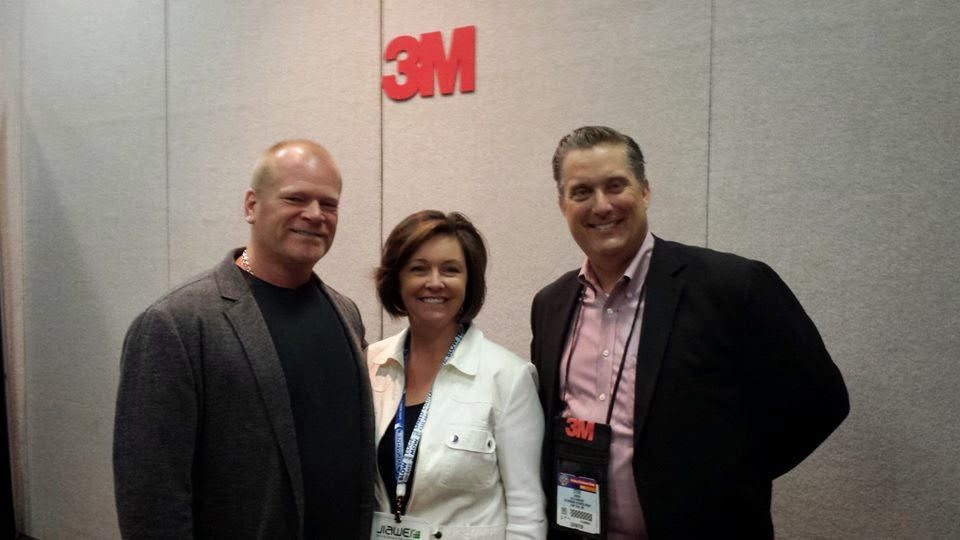 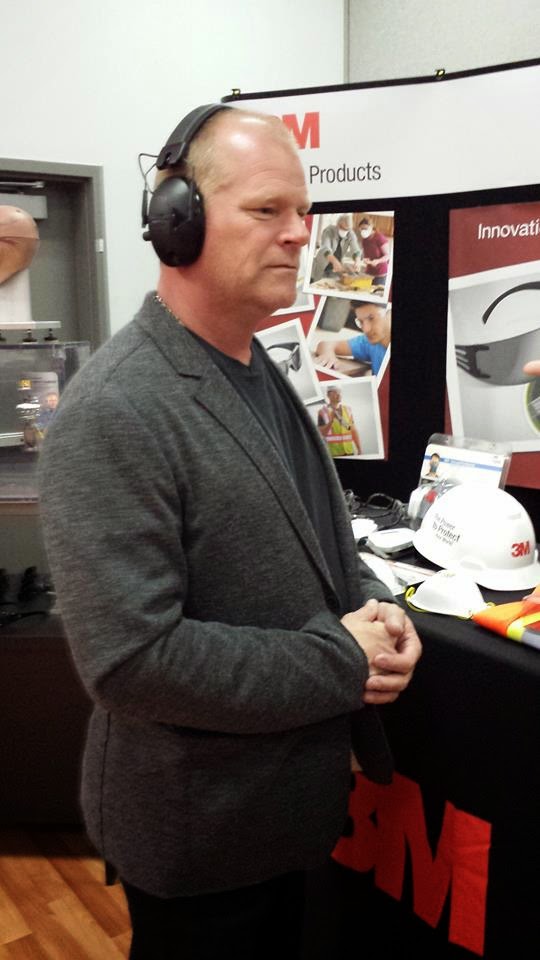 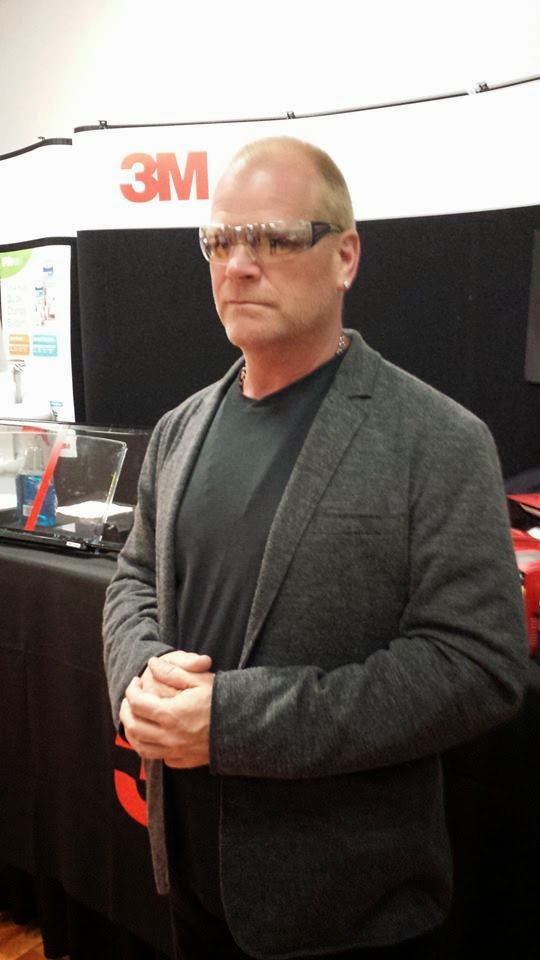 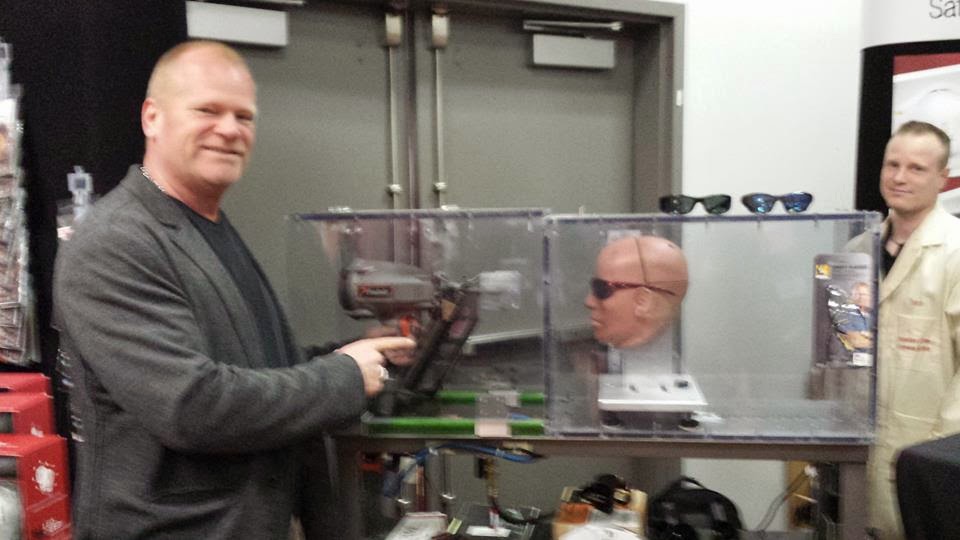 I did take some initiative and asked one of the people at the 3M booth yesterday if Mike was going to make an appearance. They told me that he might be by to shake hands, but he would not be doing anything formal this year. True to his word, Mike did make a cameo today at the 3M booth: 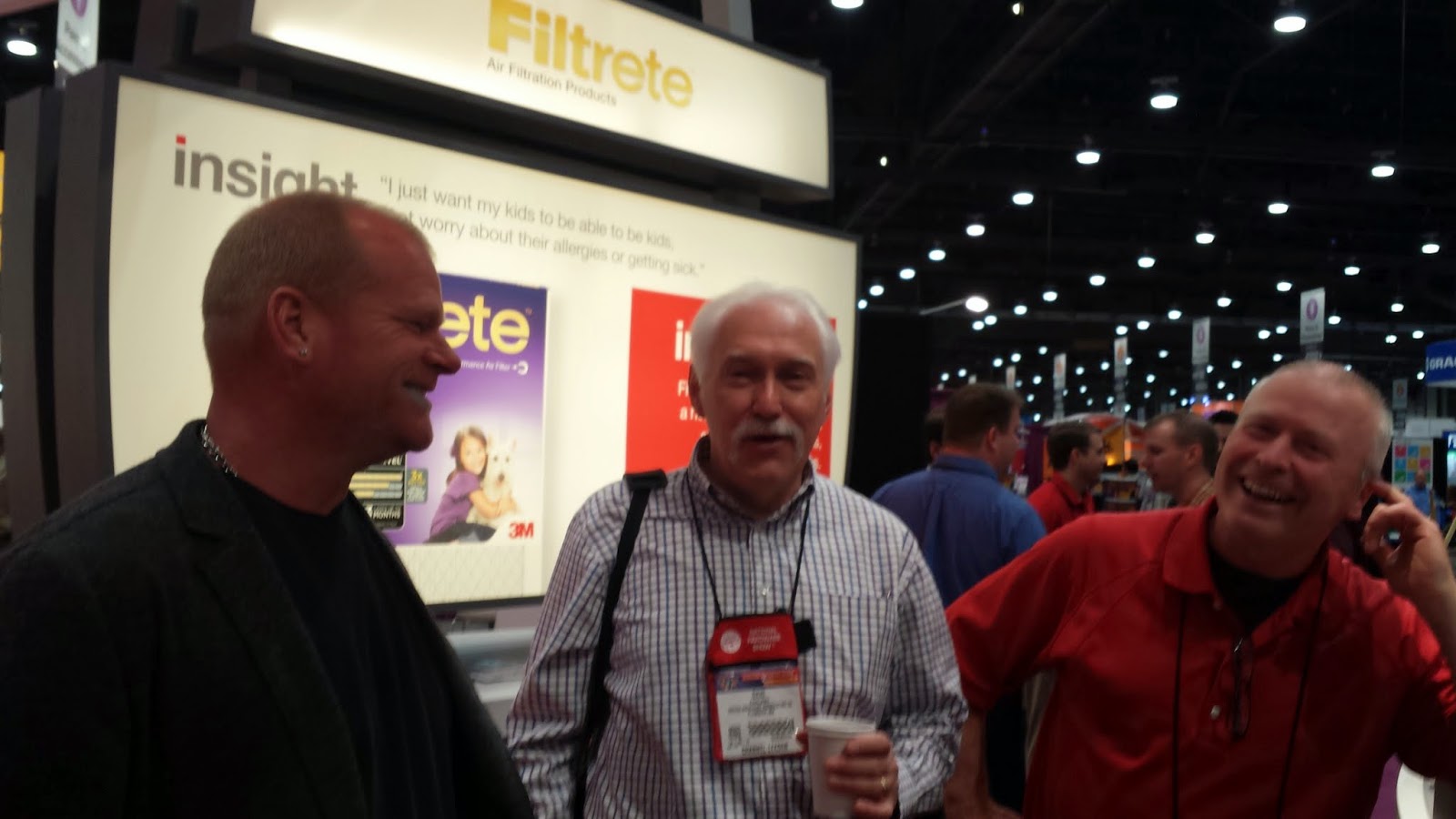 Mike also Tweeted this photo yesterday from his hotel room. If you're familiar with the Las Vegas layout, as I am, it's apparent that Mike Holmes was a guest of the Wynn Hotel, which is just across the way from Treasure Island. The Wynn frequently hosts Las Vegas Convention Center VIP guests. 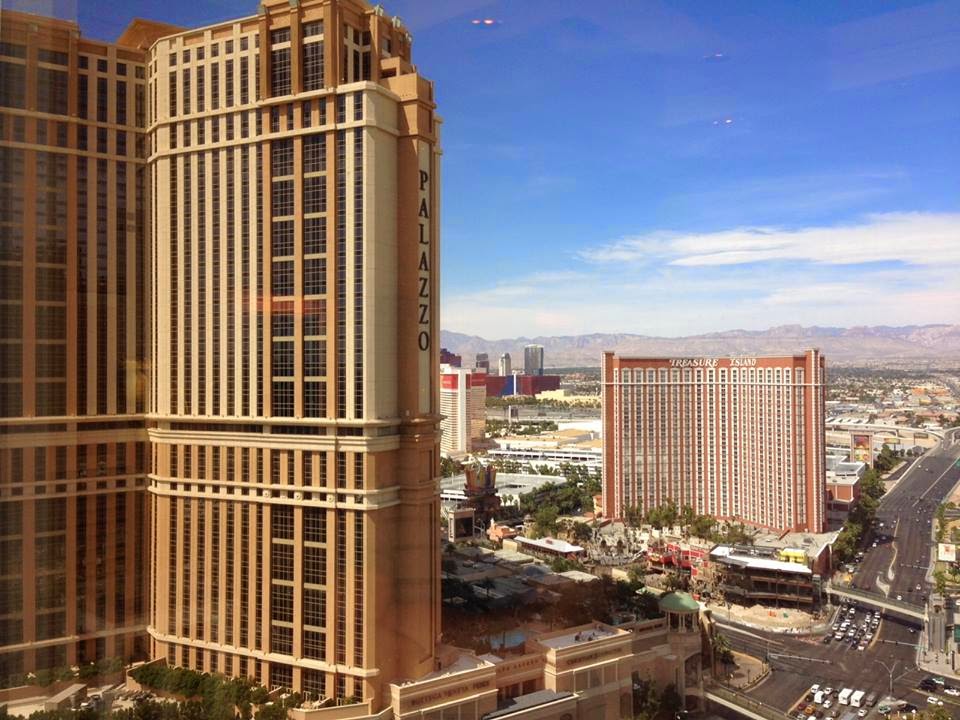 Mike also took some time today to be interviewed on my FAVORITE home improvement radio show MyFixitUpLife, hosted by husband and wife duo Mark and Theresa. They did their show in front of the Hyde Tools booth.You can see both Mark and Theresa as the contractors on the Food Network show Save My Bakery. I love these guys, and I always try to find them whenever we're in the same building. Unfortunately, I missed them this time (*sad face*) And by the way, if you want to hear their interview with Mike, as well as other interviews they've done with a bajillion other home improvement gurus and experts, check out their website. Here are some photos of Mike on the MyFixitUpLife radio show:
(photos swiped without permission courtesy of Tim Williams/MyFixitUpLife) 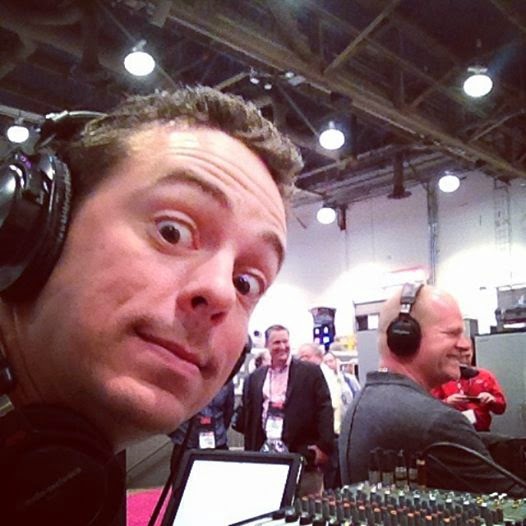 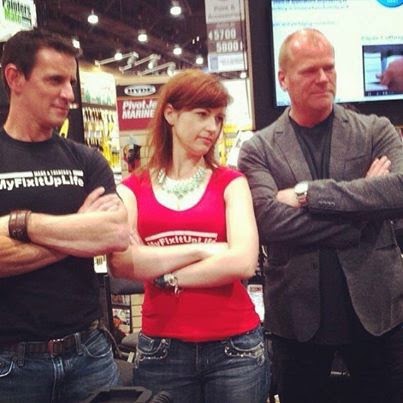 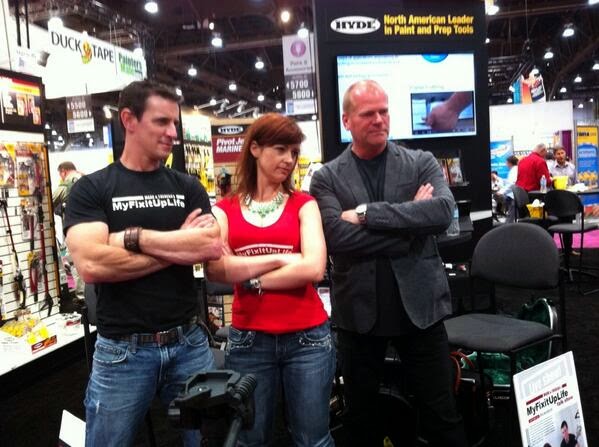 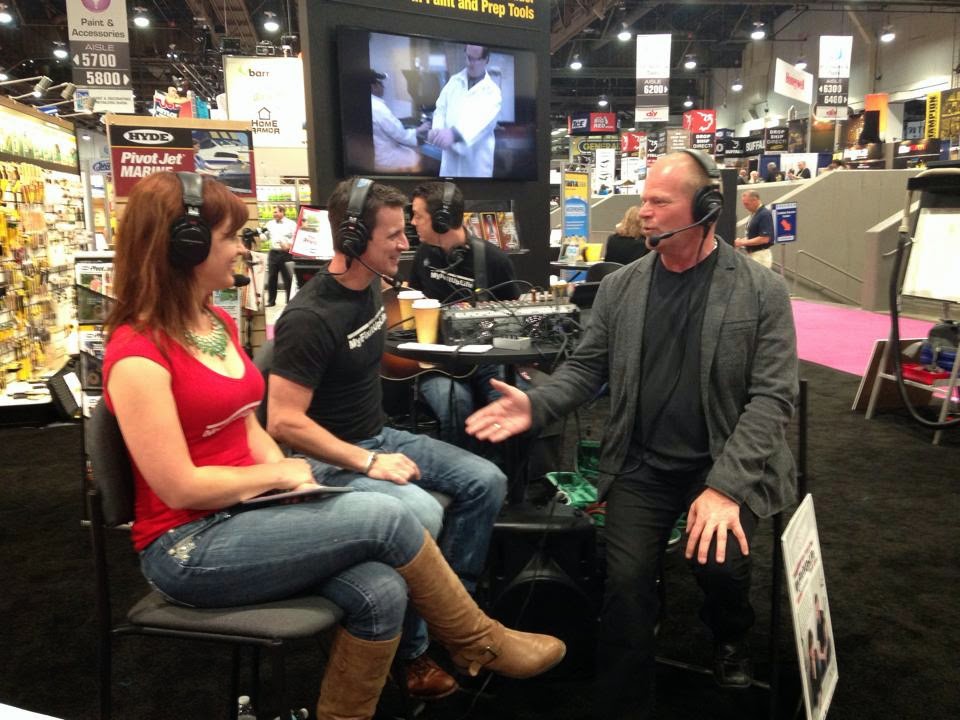 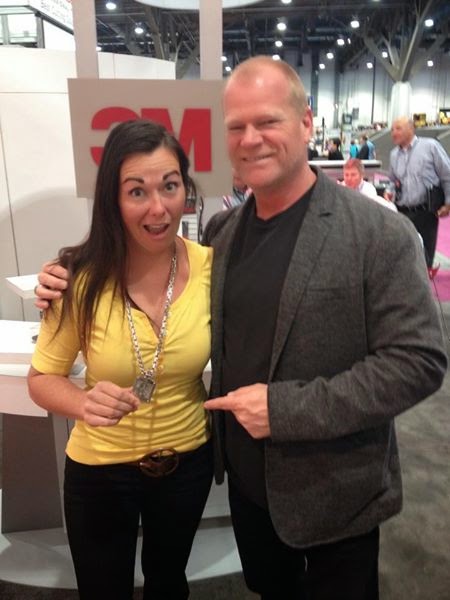 NHS rules! Can't wait for next year!
Posted by The Holmes Spot at 6:41 PM