This past Saturday, March 7, Mike Holmes was the special guest at Lethbridge College in Lethbridge, Alberta Canada. From 1:30-4:30 PM, Mike met with students, faculty, and guests in the Trades Wing to promote his partnership with two Lethbride builders -  Bezooyen Contracting Inc. and Stranville Living (see Mike Holmes Partners with Bezooyen Contracting for more information). A VIP "Mix and Mingle" event was also held at the Garden Court Restaurant at 12:30 p.m. Tickets to the VIP event could be won by visiting the Stranville Living Facebook page and entering their contest.

An article from the Lethbridge Herald: 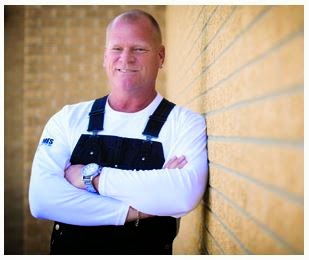 TV host and contractor partners with local builders Melissa Villeneuve Lethbridge Herald mvilleneuve@lethbridgeherald.com If you build it, he will come. Two local award-winning builders learned this to be true after their workmanship caught the eye of Mike Holmes, trusted contractor and popular television host, who was at Lethbridge College on Saturday. Holmes was here in celebration of his partnership with Stranville Living and Bezooyen Contracting Inc. Both are recognized as official HOLMES Approved Homes Partner Builders under the HOLMES Approved Homes Program. “I’m only one guy, I’m only one company. I can’t do it all, but what I did do was come up with an idea that made sense. Find the best builders across Canada, ones that really want to step above and beyond the builders that don’t care,” said Holmes. “The biggest problem we’ve seen is the boom and when the boom happens, everyone wants to buy and everyone wants to build. Those who build faster it’s about icing on the cake. Does the cake taste good? Odds are the answer’s no. If we build smarter, we build better, we’re building for the environment, we’re building for you, and we’re building healthier homes.” Both Bezooyen Contracting Inc. and Stranville Living said they were honoured to be chosen. Only top builders are recruited by the Holmes team to join the exclusive program, which currently partners with about 39 builders across Canada. Each builder is required to build homes according to Holmes’ specifications in order to receive HOLMES Approved Homes certification. Homes undergo a series of inspections during construction to ensure the proper building practices and installation guidelines have been executed. “We find you. You don’t find me. We check you out, we like what we see, and right now to have Bezooyen Contracting and Stranville Living here in Lethbridge, they’re the two best builders we’ve found and they want to do what I want to do. And now working with the college to bring kids in to build better, build smarter, this is a smart way of doing things right.” Holmes is an ambassador for World Skills and Skills Canada competitions that recognize the best of the trades. Both are near to his heart because he said he didn’t get any respect when he first started out as a young contractor. “It was simple, you’re a contractor, you’re nothing. The truth is that’s not true. Being a contractor I can design the hospital a doctor works in, and the home he lives in, and I can build it better than anyone else out there. I should get the same respect. We need to see respect into the trades, especially right now, and make it cool again.” He believes it’s the best career to get into with opportunities to make money, learn new technology, and have job security. A line-up started early for a public session in the afternoon, where Holmes met with hundreds of fans and posed for pictures in the LC Trades Wing. For more information on the program, visit http://www.holmesapprovedhomes.com. 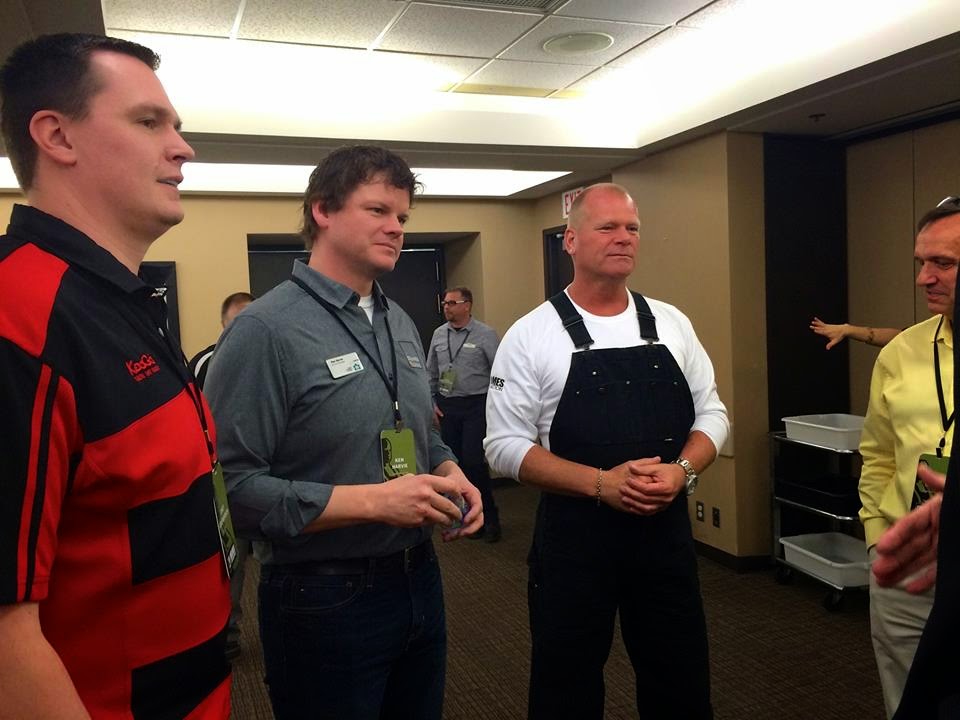 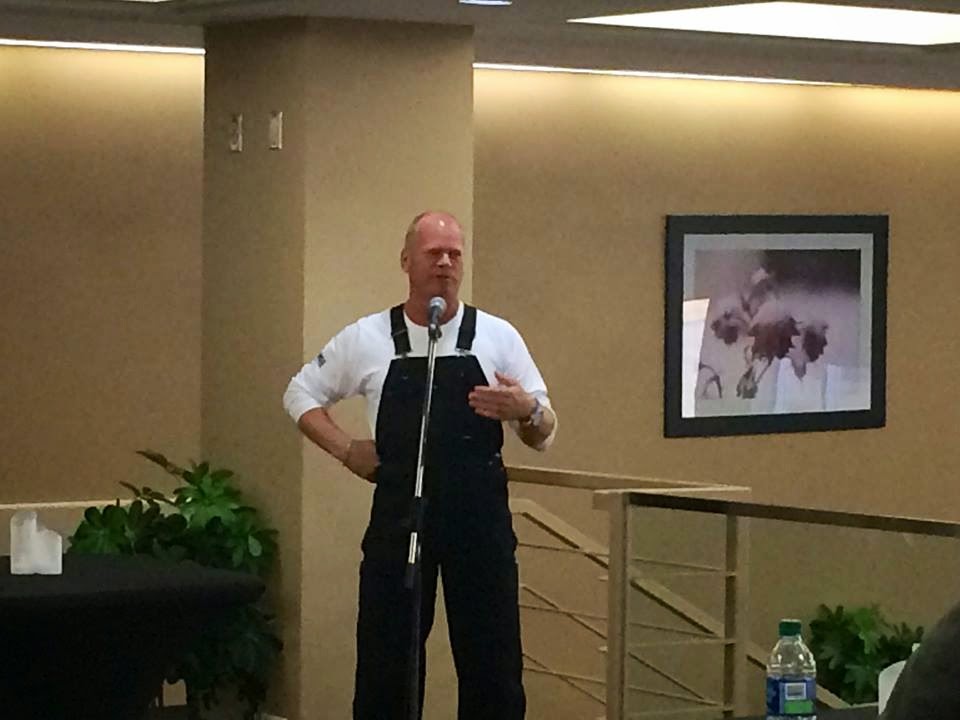 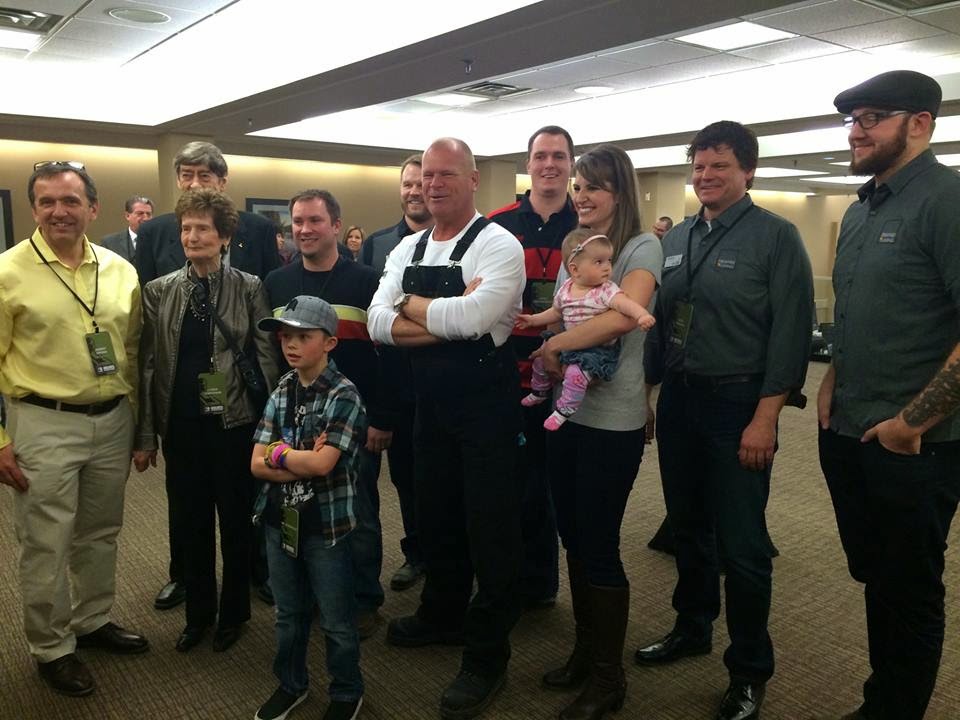 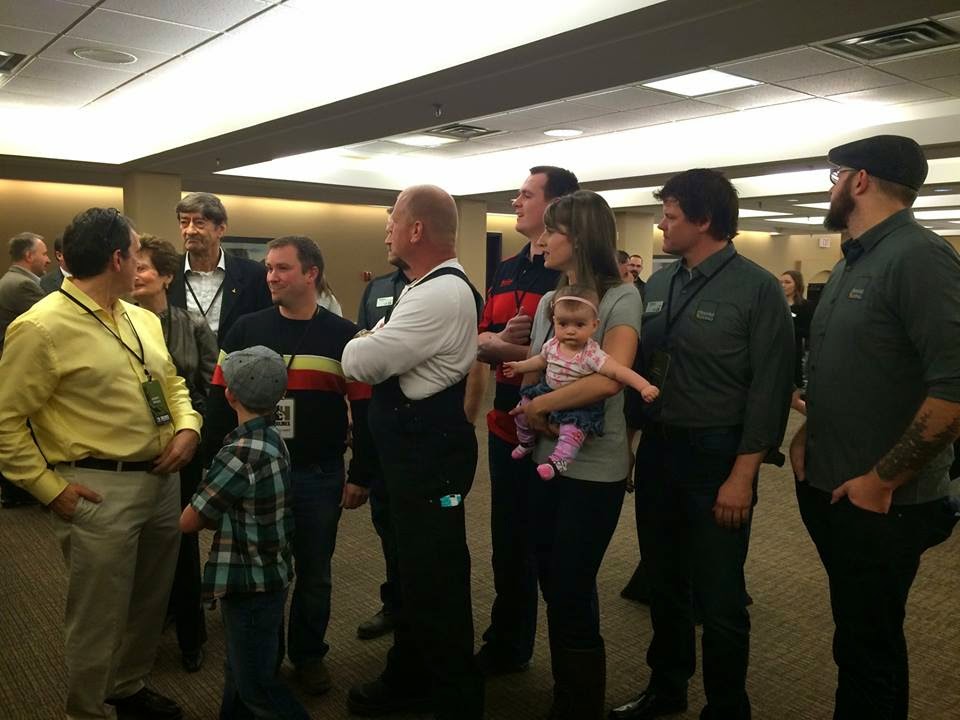 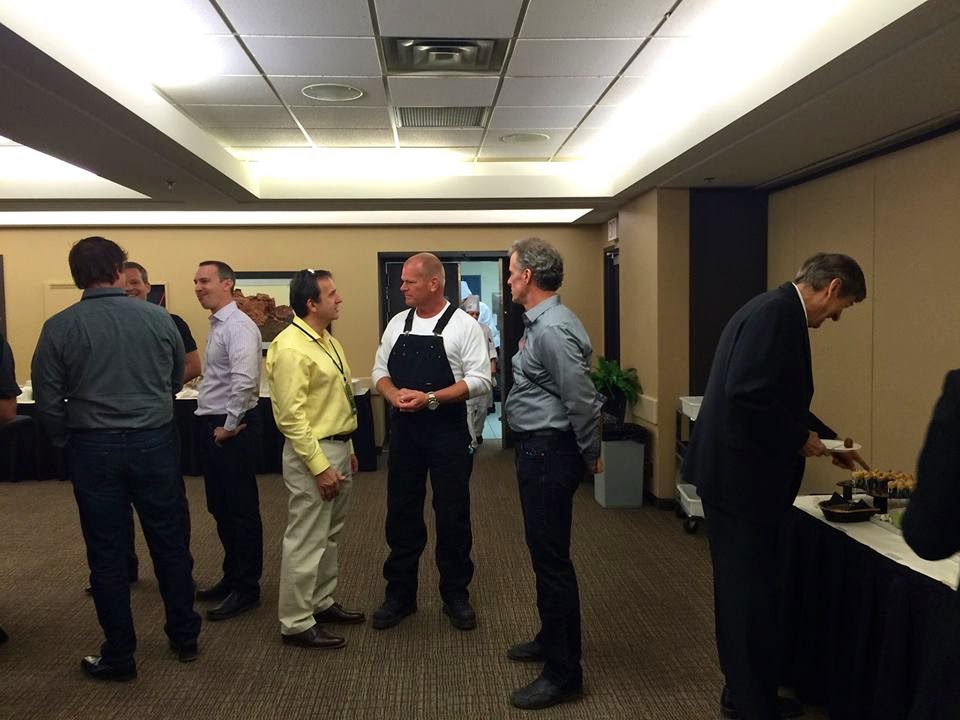 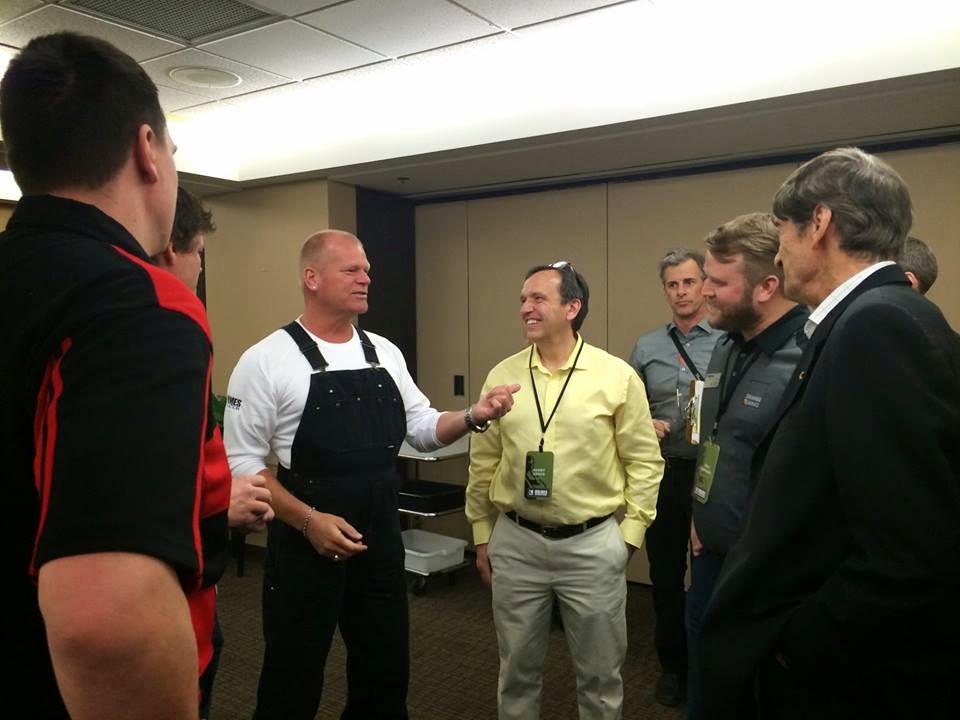 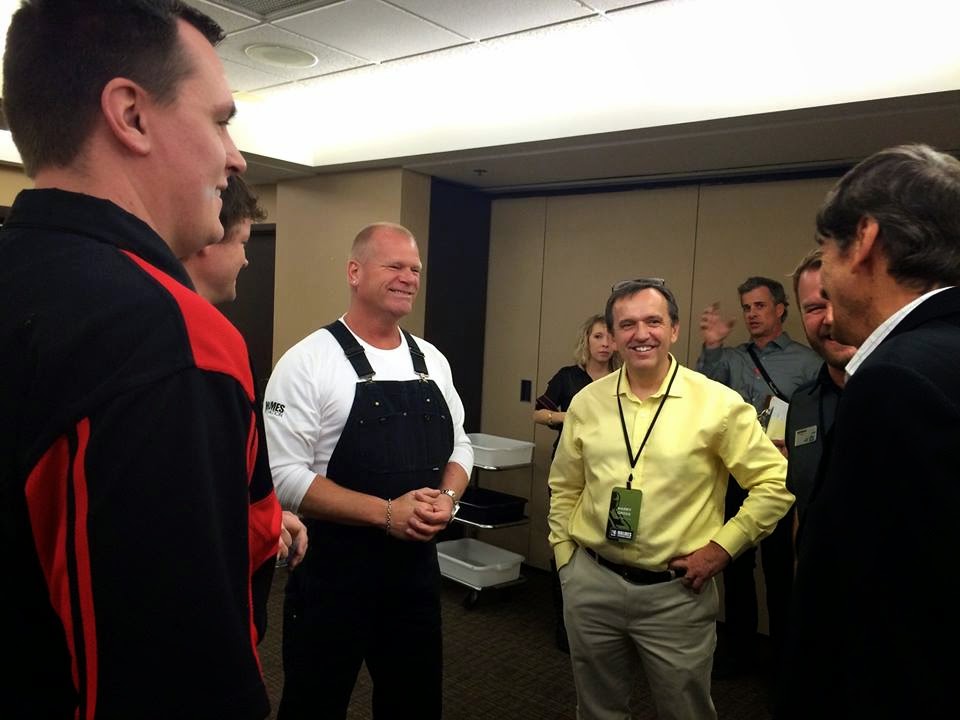 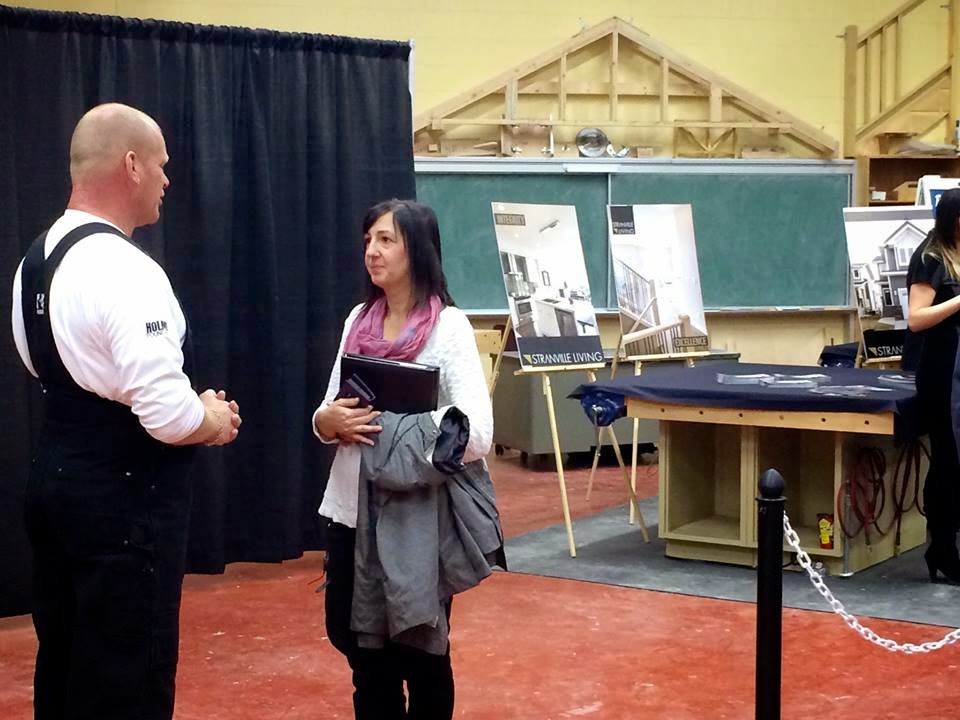 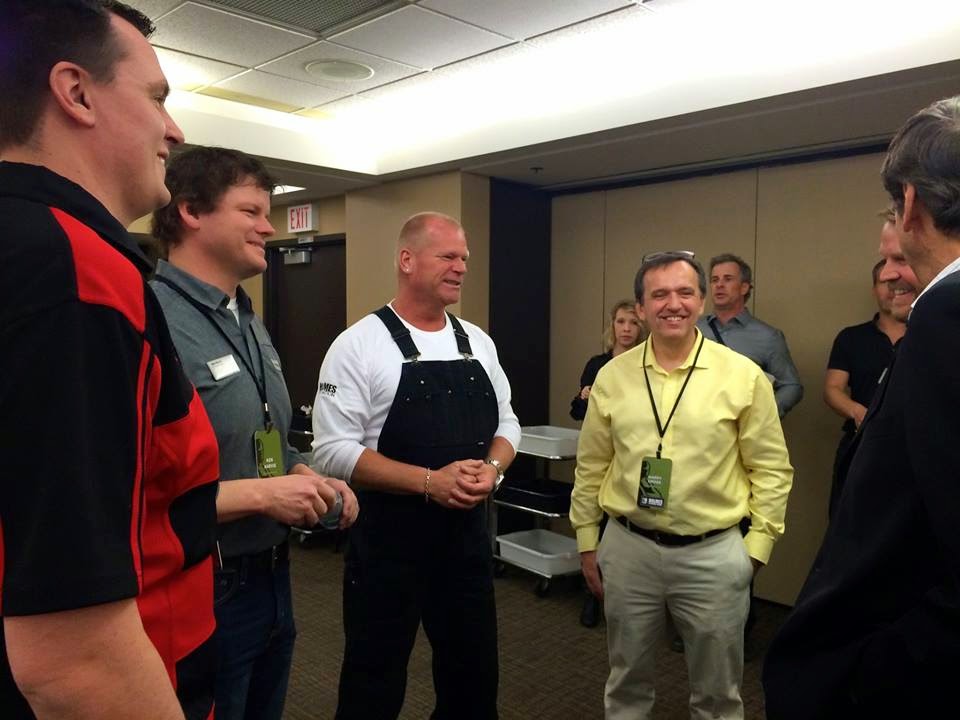 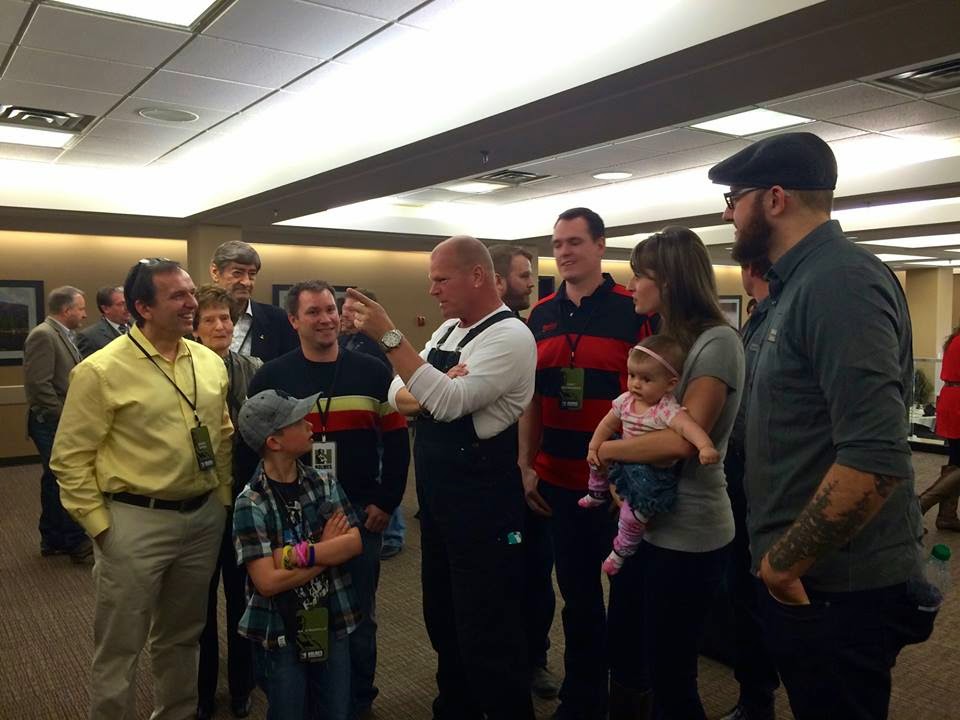 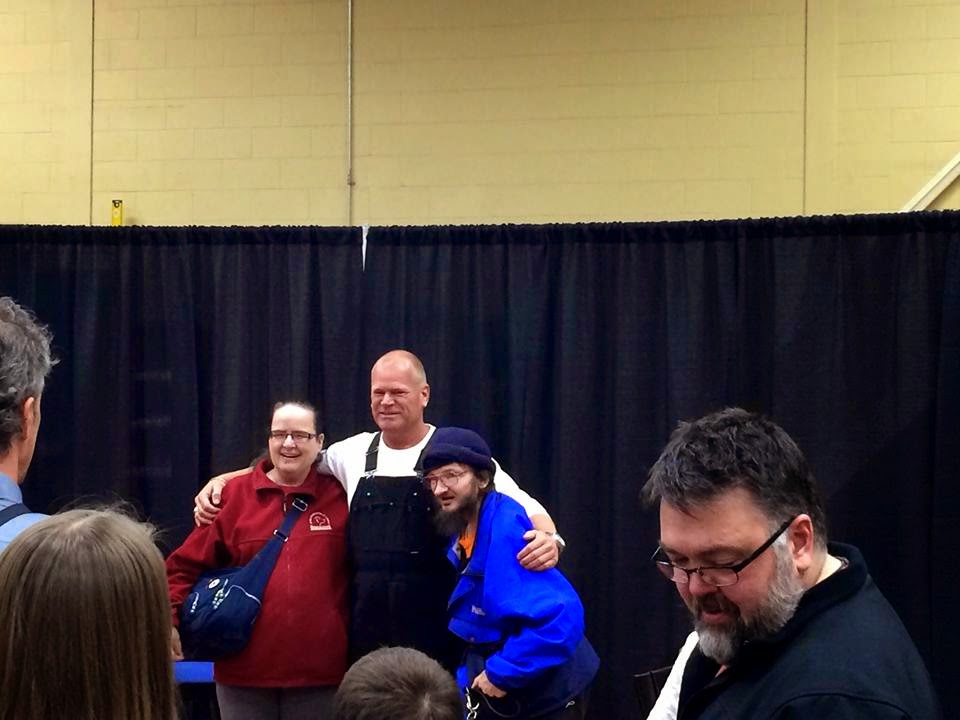 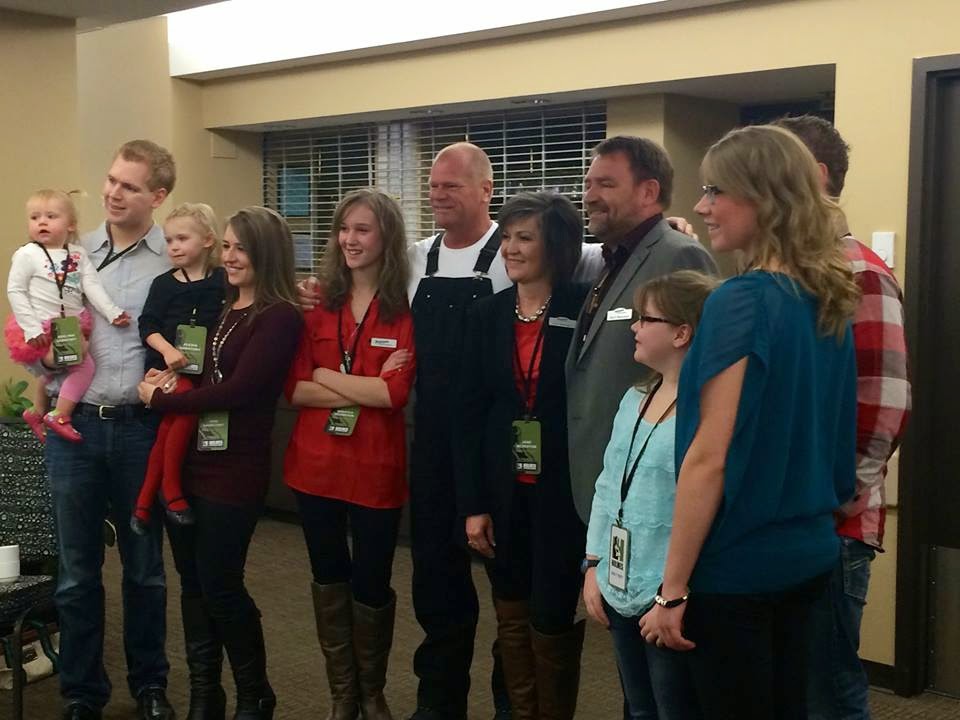 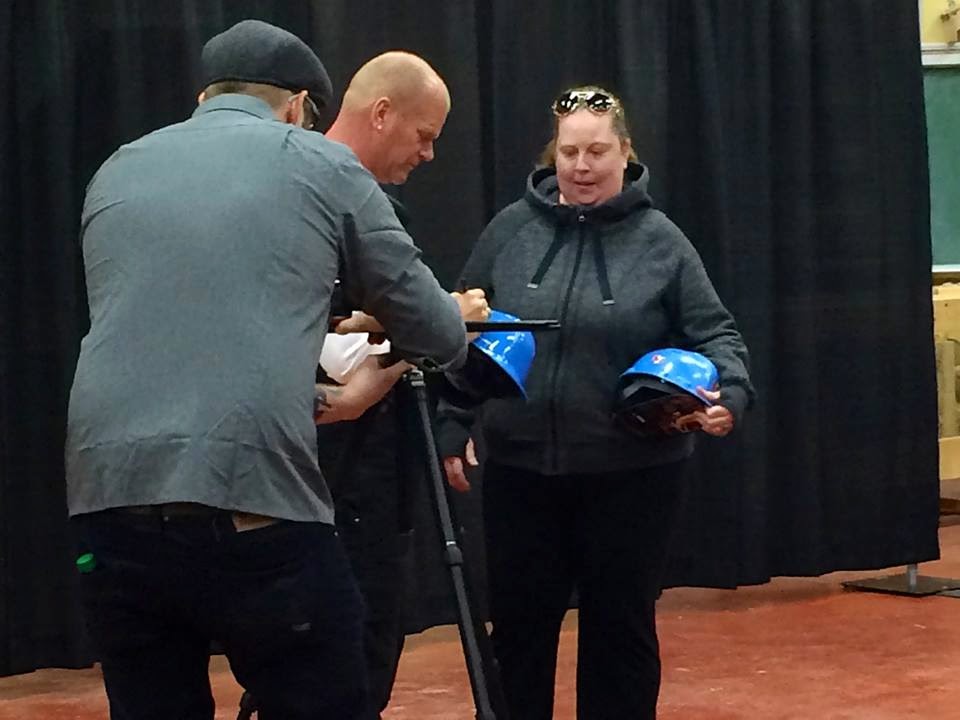 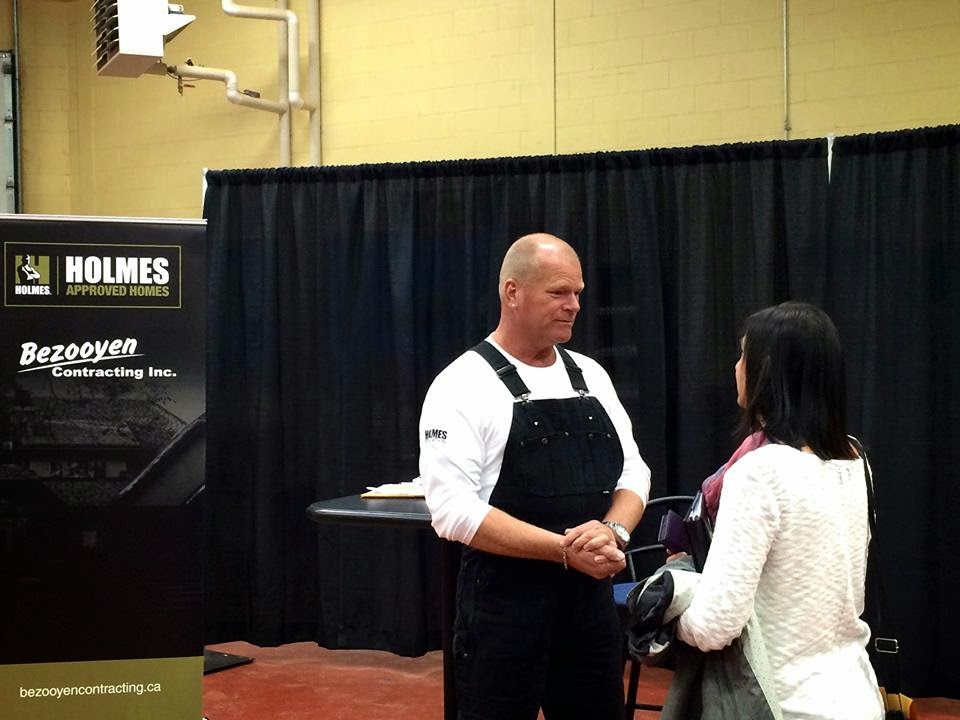 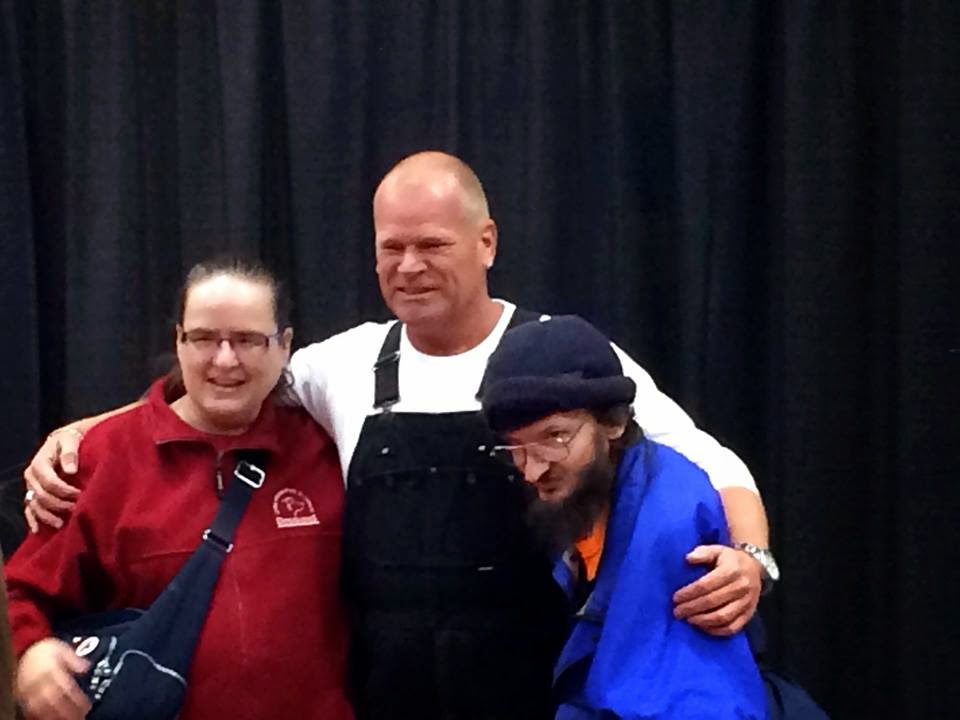 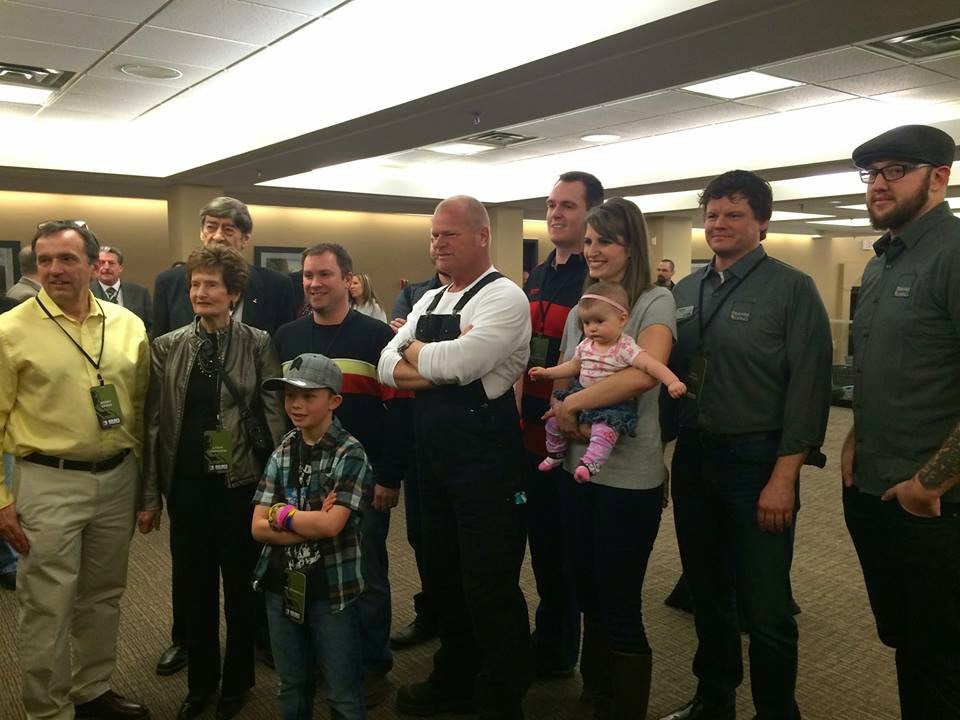 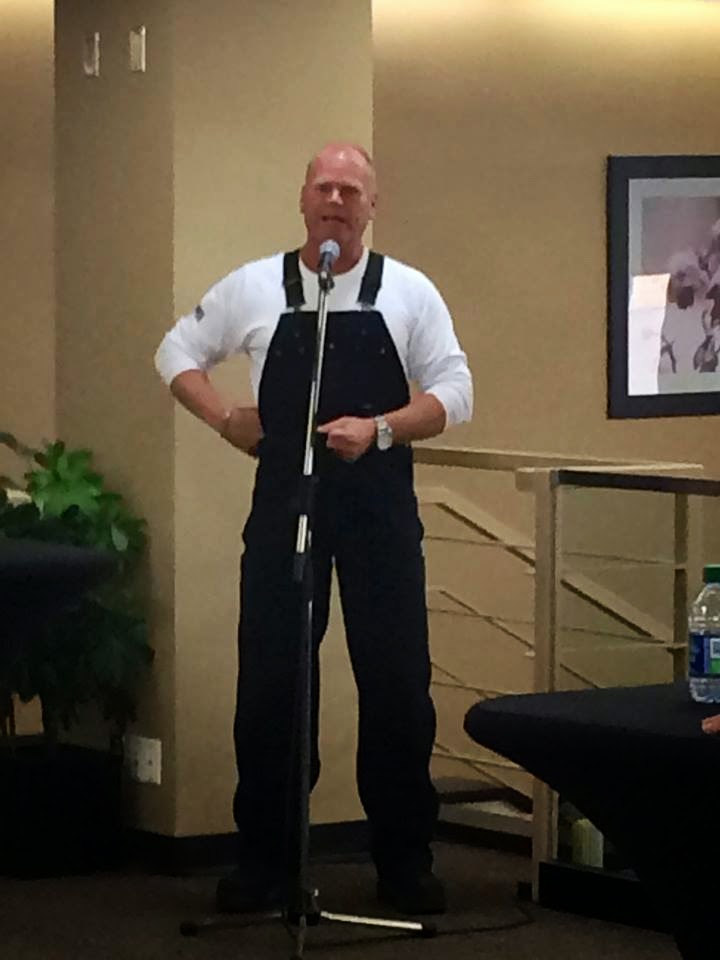 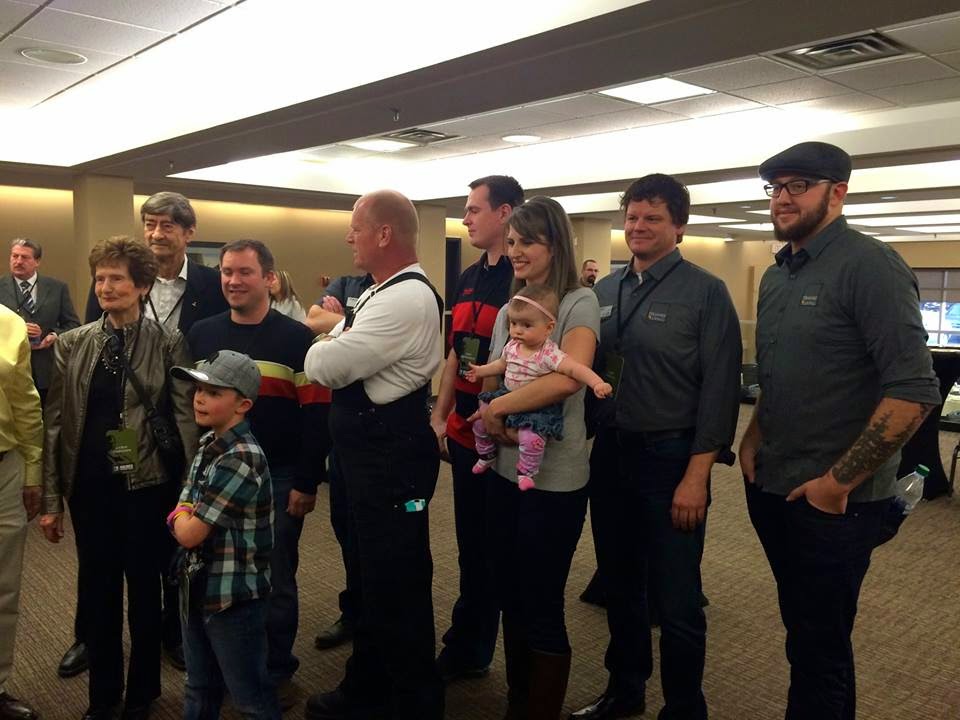