When I read this press release about Mike Holmes' book "Mike Holmes: Kitchen and Bathrooms" I got a little confused, mainly because Mike already has a book out called "Kitchen and Bathrooms" from 2010 published by Time Home Entertainment. I figured the press release was announcing that Mike's book will be more widely distributed in stores, much like "Make It Right" and "The Holmes Inspection" both of which can easily be found and purchased at any bookstore or in the literature resource section of a hardware store.

UPDATE - This is a new book, different from the previous Kitchen and Bathroom book! Sorry for the confusion.

Hi everyone! Just to clarify - this is the same Kitchens & Bathrooms book that was released in Canada a few years back. It has been modified slightly (spelling, units etc.) along with a new cover for release in the USA.


The NEW US version cover of Mike Holmes: Kitchens & Bathrooms: 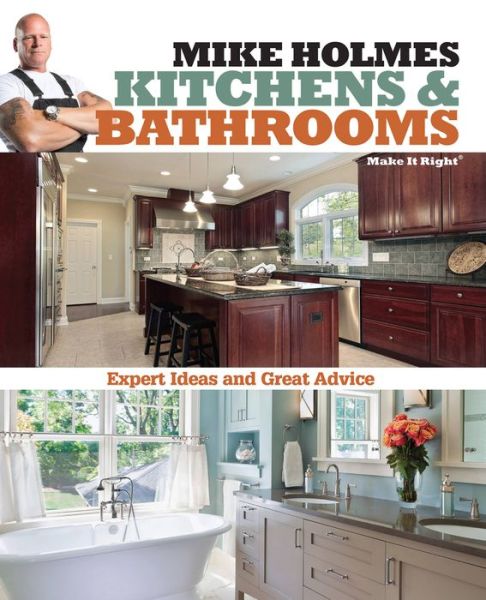 versus the Canadian version: 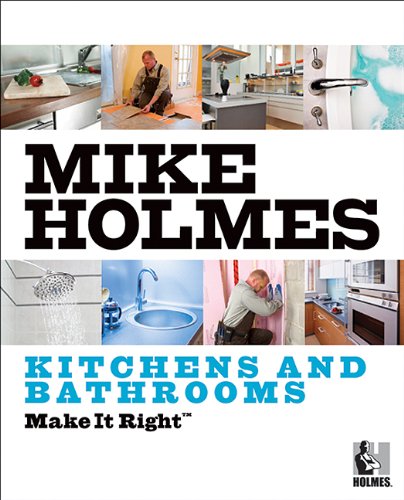 THE HOLMES SPOT HAS STARTED ON ONLINE PETITION TO BRING MIKE'S NEWEST SERIES "HOLMES MAKES IT RIGHT" TO THE US. PLEASE TAKE A MOMENT TO CHECK IT OUT AND SIGN THE PETITION. THANKS!

NEW YORK, April 2, 2013 /PRNewswire/ -- General contractor Mike Holmes, star of the popular television programs Holmes on Homes and Holmes Inspection (ranked as the #1 and #2 shows on HGTV), announces his newest book, Mike Holmes: Kitchens and Bathrooms (Time Home Entertainment Inc.; April 2, 2013; $21.95), available at retailers nationwide.
Anyone who has planned a renovation project knows that there are many, often difficult, decisions to make along the way. Considered America's most trusted contractor, Holmes has seen the good, the bad and the ugly.
"Everybody wants a new kitchen or bathroom--they are the most popular home renovation projects. They're also the most expensive," stated Mike Holmes. "The average kitchen reno costs $30,000. A new bathroom costs around $10,000. At that kind of money, wouldn't you want to make sure it's done right the first time? I know I would," added Holmes.
In his new 256-page book, he provides expert advice on all aspects of planning and completing the most common kitchen and bathroom renovation projects to help homeowners:
Topics covered in Mike Holmes: Kitchens and Bathrooms include The World Behind the Walls (making sure the home's structure can support the renovation), Hiring Right and Working with Your Contractor, Greening Your Renovation, Cooking Up a Kitchen That Works, Creating the Just-Right Bathroom and Built to Last (building for longevity). Packed with color photographs (such as before and after photos), illustrations, Mike's tips and sidebars, this new book will help ensure homeowners avoid costly mistakes and get their kitchen and bath renovation right the first time.
SOURCE Time Home Entertainment Inc.
Posted by The Holmes Spot at 8:45 AM