Mike Holmes has been the self proclaimed WorldSkills Team Canada's mascot now for the last three years. As an official spokesman for Skills Canada, his aim is to promote the WorldSkills competition and youth involvement in the trades. In this news article, reposted from heraldonline.com, we meet the 2013 Skills Canada team who will compete in Germany this coming July. Last Friday, January 25, Mike Holmes was in Ottawa with the team at the Skills Canada Champions Breakfast to lend his support. 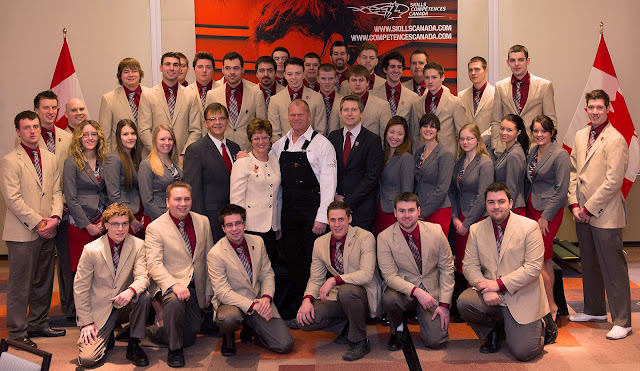 OTTAWA, Jan. 25, 2013 — /CNW/ - Skills/Compétences Canada, a not-for-profit organization that actively promotes careers in skilled trades and technologies, officially welcomed the 35 members of Team Canada who will compete at the 42nd WorldSkills Competition being held in Leipzig, Germany, from July 2nd-7th, 2013. Representing Canada's best in skilled trades and technology, the talented youth gathered in Ottawa today for a Champions Breakfast, marking the final leg of their journey to WorldSkills Leipzig 2013.

The Champions Breakfast will be followed by a team orientation meeting for the Competitors as they undergo final training and mental preparation in the lead up to WorldSkills Leipzig 2013.

The Honorable Diane Finley, Minister of Human Resources and Skills Development, was at the event and provided words of encouragement and support as WorldSkills Team Canada 2013 makes their final preparations to compete against the world's best skilled trade talent.

"On behalf of the Government of Canada, I would like to wish Team Canada all the best at the WorldSkills Competition in Germany," said Minister Finley. "You are the future of Canada's skilled workforce and we'll be cheering you on as you compete on the world stage."

A leading advocate for skilled trades and official spokesperson for Skills Canada, Mike Holmes, was also on hand to support the future members of Canada's skilled trade labour force. Holmes provided an address encouraging the competitors to do their "very best" on this last stretch of training before the "test of their lives" in Leipzig. The host of Holmes Makes it RightTM on HGTV and Canada's Most Trusted Contractor, said that there is nothing better than witnessing the success of these young individuals as they reach for excellence in their respective skill categories - a testament to the growing popularity of careers in skilled trades. "The look on a kid's face when I put that medal around their neck says everything."

WorldSkills Leipzig 2013 represents Canada's 12th participation at WorldSkills, an international competition which takes place every two years, bringing together the world's best and brightest skilled trades and technology students and apprentices. The 35 members of WorldSkills Team Canada 2013 will compete in 32 of the 45 skill categories against more than 1000 Competitors from 61 Member countries/regions. The four-day WorldSkills Competition is the biggest of its kind in the world.

Image with caption: "From left to right: Donavon Elliott, President of SCC, Minister Diane Finley, Mike Holmes and Shaun Thorson, CEO of SCC, with WorldSkills Team Canada 2013 (in uniform) at the Skills Canada Champion's Breakfast, on January 25th, 2013 in Ottawa, ON. (CNW Group/SKILLS/COMPETENCES CANADA)". Image available at: http://photos.newswire.ca/images/download/20130125_C8802_PHOTO_EN_23039.jpg Other photos from the event: 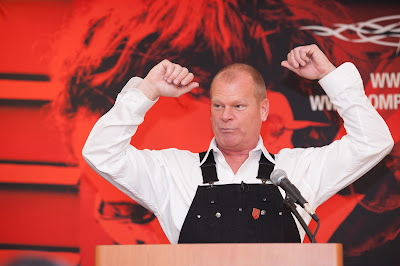 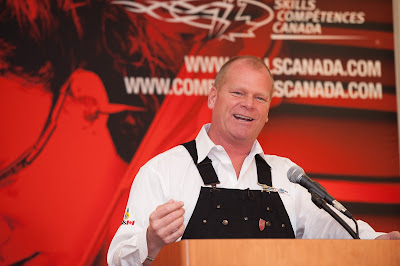 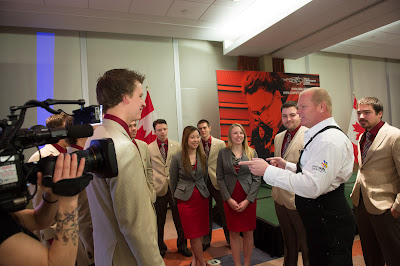 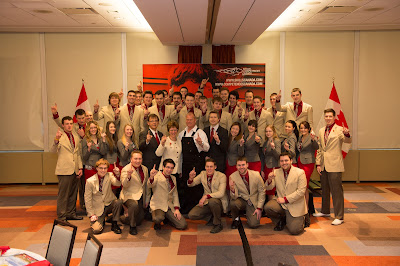