CPCI stands for "Canadian Precast Prestressed Concrete Institute." While cruising the web looking for new news, I came across this older article about the CPCI and their roll in the 2008 Holmes on Homes special "Lien on Me." For those who don't know, Lien on Me was multiple years in the making, in which Mike Holmes helped a family whose home was so devastated by a bad contractor that the entire structure had to come down and be built over again. The experience was so impactful on Mike, that it inspired him to create his charitable foundation, The Holmes Foundation.
According to the CPCI website, they manufacture precast concrete elements for use in both architectural and structural projects. They boast being able to quickly produce a quality product that's both safe and strong.
In their March 2008 archive, the CPCI writes about their product's use on the Lien on Me special, specifically prefabricated concrete hollow core slabs. The article is a little disjointed, and appears to be written by a non-English speaker and then translated into English, or perhaps it was written in English by someone who primarily speaks French. Either way, it doesn't flow and it's a little hard on the eyes, so I won't post the article, which can be read here. My main interest in the article comes from the explanation of the products used, and also the great photos they have posted along side of the article, many of which I have never seen before.

Take for instance this photo: 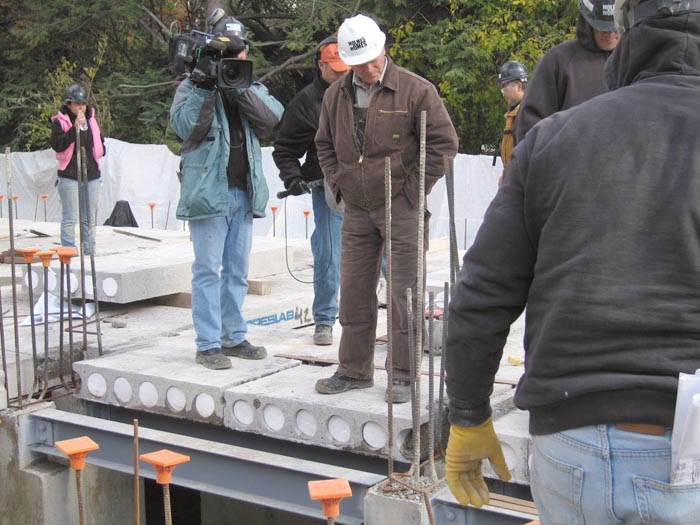 This is a picture of Mike with the prefabricated concrete hollow core slabs they used to build the home. The floor is obviously made of concrete that's been hollowed out and reinforced with a lighter material. This, according to the website, increases the strength of the slab, while minimizing its weight. I think that's pretty cool and innovative! Definitely a smart way to build, and build to last!

Here's another one of Mike and the material they used, which apparently is visible through the glass door of the elevator they installed in the house as you go between the floors: 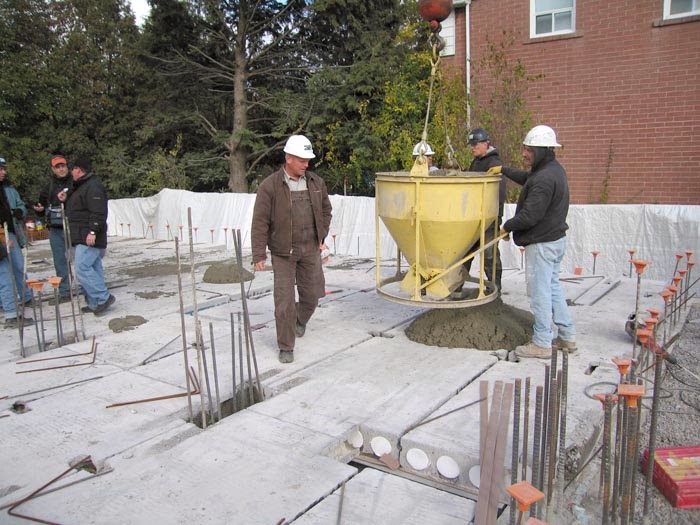 Mike has quite the love for innovative "above minimum code" products that pretty much ensure that the home is going to still be standing strong 100 years from now. It's a shame that materials like this aren't used more often in building projects. 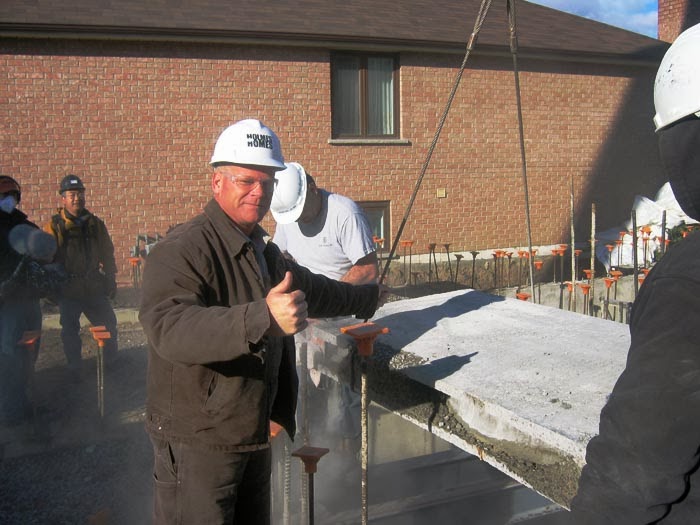