Canada's Handyman Challenge: Behind the Scenes

Okay, so it's been a little while since Mike Holmes has served as one of the judges on Canada's Handyman Challenge, but don't tell him that! Even though not an official part of the hit Canadian TV series (which I love, even though I'm an American and I only get to see clips and blurbs from around the internet), he's often seen hanging out on the set with his pals Bryan, Scott, and Paul. In this article, which is really a blog post from the home and reno blog "Storefront Life," CHC fan Kristen gets to hang out with her favorite HGTV hosts and ask them some questions, just prior to the launch of the brand new season which debuted on January 21. Always a pleasant surprise, Mike Holmes was on set as well, giving his input about the contestants. At the very end, Kristen states that she'll be sharing more photos after the show's finale, so I'll definitely be checking out the Storefront Life in a little while to see more pics from the show!

From the blog Storefront Life:

Do you have a favorite TV channel? One that you turn to first to see what’s on? Mine is HGTV. Before owning a home I lusted after every home and project and reno on the TV just itching to get my own place. I wanted to learn how to frame a wall, why plumbing needed to be vented and how to tile and drywall. I wanted to be a handy(wo)man.
Needless to say Canada’s Handyman Challenge is one of my favorite shows. It takes average handy Joe’s, and puts them to the test in home building/repair challenges. To top it off, the judges are my favorite hosts on HGTV. Bryan Baeumler, Scott McGillivray and Paul Lafrance. The new season of CHC is about to kick into high gear, premiering tomorrow night (Tuesday January 21st at 10pm ET|PT) on HGTV Canada.
One afternoon when I was busy working on the kitchen project my phone buzzed with an email asking me if I’d like to come down to the set of Canada’s Handyman Challenge and sit down with the judges and host Jenn Robertson. Would I like to visit behind the scenes of one of my fave shows and interview three of my heros? Nah. I’m good. I’d rather be elbows deep in plumbing.
So I went (of course!) I battled a closed road and an out of the way set location and literally ran to make it in time.
When I arrived, I got to tour the set (which was freakin’ awesome!) and then sat down with Bryan, Scott, Paul and Jenn with surprise guest (our buddy) Mike Holmes.

My first realization: Scott’s hair really is that great.
Next realization: The guys are old friends, who get along great and enjoy taking the piss out of one another. Throughout our round table the guys were super relaxed and personable. Scott even told us bloggers that he checked out our blogs (swoon). The strange thing is that you watch these guys on TV so much you kinda think that you know them. That they’re your friends, when really you’ve just been voyeuristic looking at their lives from a box in your living room! They quickly put us at ease and were very candid with our questions.
The four lucky bloggers attending got to ask the gang a question. My question was a bit self serving (I was trying to get the inside scoop so I could take the prize at next years competition.)
I asked this: “What is the one skill that the candidates and handymen in general are lacking?”
I LOVED their answers. Here is what they said:
Scott: Passion.
Paul: Math, Science.
Mike: Confidence.
Jenn: Ability to hang wallpaper! She says there’s always a wallpaper challenge. PRACTICE HOW TO WALLPAPER!
And my favorite response:
Bryan: Planning.
Bryan says people don’t stop and think/plan out what they are doing, they just go head long into the project without thinking how they’re going to do it. I couldn’t agree more. I see my projects going downhill fast unless I plan it out beforehand. I plan on taking Bryan’s advice and planning out my projects more!
I can’t wait to see the judges in action (and what candidates posses the skills the judges are looking for!) I will also start planning my plywood challenge for next year.
Here are a few more behind the scenes pics (I couldn’t share all of my pictures as I was invited on set during the FINAL challenge. So check back after the finale and I will be sharing more pics!.)
I will be chatting on twitter tomorrow night during the premier (Tuesday January 21st at 10pm ET|PT) on HGTV Canada. Follow me @storefrontlife for my witty remarks about my new best friends Bryan, Scott, Paul, & Jenn.
Until then you can get your CHC fix by checking out host bios and behind the scenes videos about the show here.
Would you ever try out for Canada’s Handyman Challenge? Will you be watching tomorrow night? 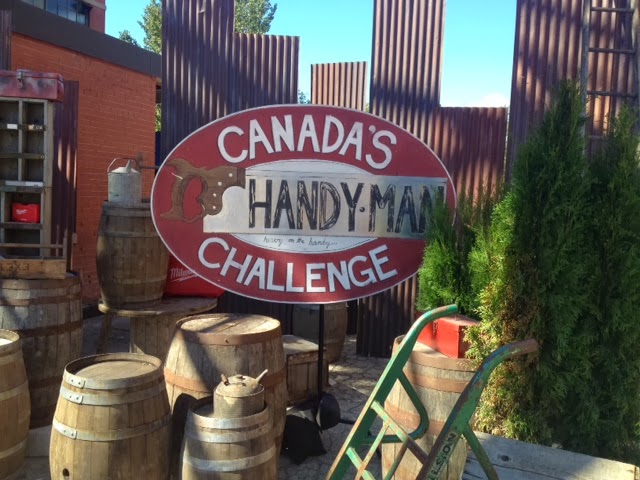 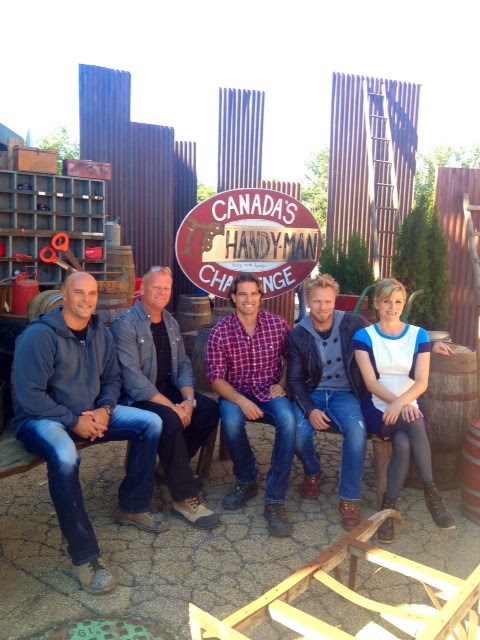 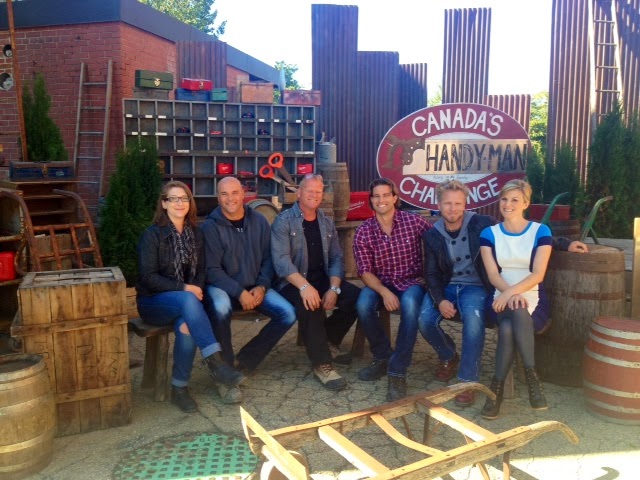 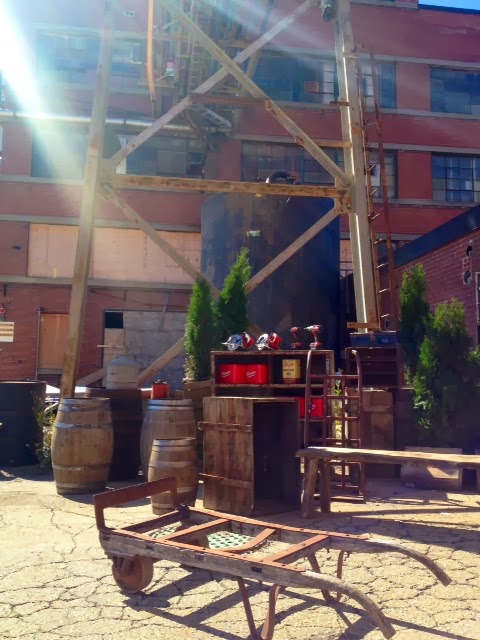