Mike Holmes' Twitter feed was all the buzz today as he appeared on the Marilyn Denis show, a Canadian talk show that broadcasts on CTV. Over the years, Mike has made several appearances on the show, as has his son, Mike Jr., who did a segment on building decks not too long ago. For all those who don't get CTV, most of the episodes are put online the day after their broadcast, so hopefully tomorrow I'll have a link to share where everyone can watch the segment -- including myself! Usually with these types of shows, Mike comes on to talk about how to fix a problem around the home, or how to hire the right contractor, but on this segment Mike spoke about the floods in Alberta last June, and how he helped rebuild a couple's home on his show, Holmes Makes It Right. The couple's name was Gillian and John, and they had lived in a Holmes Approved Home in High River when the floods happened. Lucky for them, the Holmes Makes It Right team was there to put everything back together for them.

Two months after the flood that devastated much of Alberta Mike Holmes visited the area and offered a helping hand to families in need. Now he shares what he saw first hand in the prairies.

What first shocked him was the size of the flood zone. It was much bigger than even the New Orleans flood of 2005. The people deserve so much credit for their unwavering resiliency and their neighbourly help. Following the flood the city was shut down for weeks and it was only when stampede time approached that the city pulled together to turn it around in time for the annual tourist draw.

The town of High River was one of the hardest hit areas. The surprise storm flooded the town with not only heavy rainfall (in a short amount of time) but also from the melted snow and rainfall off the mountains. The extreme devastation of the area is because the houses were built in a flood zone. Normally houses wouldn’t be been built in a flood zone but because there hadn’t been one for more than 80 years the government decided to build anyways.

Talking to the families that were in trouble it’s obvious that they needed to focus on their priorities, because it’s going to take up to a year to get home. These stories are going to continue to be written for quite some time. Those that jumped into rebuilding their homes before the moisture content came back down to 15% are going to see mould soon, and badly.

What you don’t think about is that flood damage is immediate and heavy. It brings in mud and covers the entire house. Plus, consider all the damage from torn down walls and ruined foundations due to the extreme water pressure.

It was important to help out Gillian and John while there, especially because they have a Holmes approved home. It’s unbelievable how everyone just gave up their time and energy to help clean up the areas. Holmes had to wait for the house to completely dry out then build the house back up code and giving them all new furniture. It took almost 2 months to get the house back up (with four shows filming) which is a really quick turn around. We couldn’t have done it without tons of help.

“Things are really good, it’s really nice to be back in our home,” said Gillian of how far they have come. Unfortunately, there are many other people around town struggling to get back on their feet. Even the town itself has a long way to go. Help from the rest of Canada is welcome; the recovery efforts continue just because the news coverage doesn’t.

One of the biggest things people should remember is to be very careful going back into their homes. There’s a lot of toxicity in those homes due to the mud, sewage, dead animals, etc. People are still in trouble and many are almost bankrupt trying to recuperate. It’s going to take time, but Holmes says that it’s vital to slow down and remember that family is number one, take care of that first and foremost.


To read more about Gillian and John's story, take a peek at this news story from the Calgary Herald. 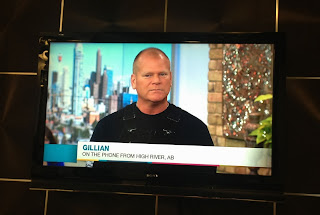 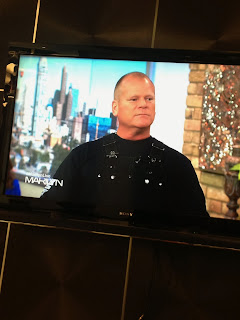