Mike Holmes and his son, MJ (Mike, Jr.) are out west in Vancouver, BC for the Skills Canada competition which started yesterday, June 4, and will culminate on June 8 with a pomp-filled closing ceremony. He's been documenting their trip on his Facebook page.

Yesterday, Mike posted this photo from the airport, stating that he hoped to show his son what Skills Canada was "all about." 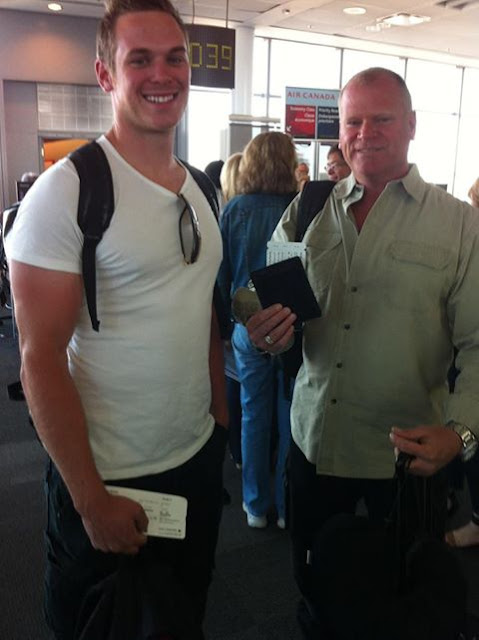 Shortly thereafter, Mike Holmes changed his profile picture and his cover photo on his Facebook page. He changed the cover to a picture of a boot print in the dirt. Not sure if this has anything to do with his trip to Vancouver, but it was interesting nevertheless. Since there's no description, one is left to assume that it is indeed Mike's boot print, and judging from the boot print, Mike has small feet!

After he and MJ touched down, about 2PM PST, Mike updated the world about his plane trip from heck (not quite hell, more like heck, which is hell's slightly less offensive second cousin twice removed). Turns out the guy in front of him should have been more focused on saying it rather than spraying it.
﻿
﻿

I thought I was going to have to fix the plumbing on the plane. Turns out it was the guy in front of me. It's great to finally breathe the fresh mountain air.

Mike and MJ then took some time to check out the arena in which the opening and presumably the closing ceremony will take place.

Just checked out BC Place. It's massive! The opening ceremony tmw night is going to be huge! 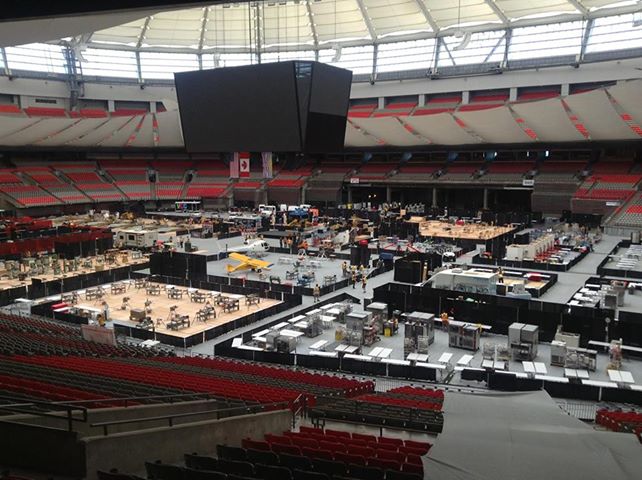 About an hour ago from the time I'm typing these words, Mike and MJ were standing in front of Shaw Studio 4, getting ready to go in for an 9AM appearance on the Fanny Kiefer Show, which is probably wrapping up about now.

Good morning, Vancouver! Going to be on the Fanny Kiefer Show @ 9am PT with MJ. Don't miss it. @FannyKiefer 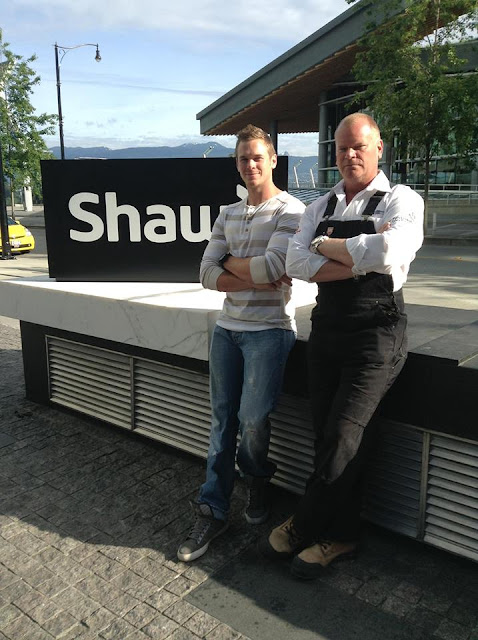 In Mike's last update, about 15 minutes ago, Mike stated he was just wrapping up. Notice from the photo that MJ doesn't appear to be with him on camera. Looks like Mike is going to have a busy night tonight with the gift that Fanny gave him...

Just wrapped with Fanny Kiefer. What a doll! She even gave me a bottle of Crown. 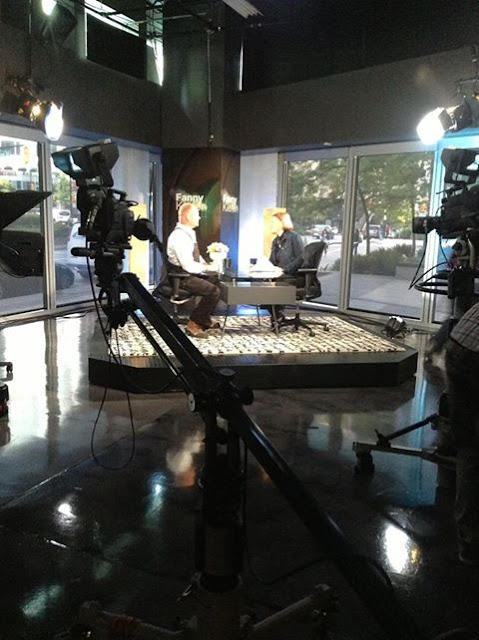