Updates, updates UPDATES!!! So many updates! Several weeks ago, the Holmes Spot was bellyaching on how Mike wasn't communicating enough with his fans or taking any pictures at his public events... well, ask and you shall receive! We're swimming in a sea of updates about Mike and MJ's trip to Vancouver, BC for the Skills Canada competition via Mike's Facebook page. And you know what? It's great! Makes me feel like I'm right there in the thick of it, and I'm sure it's the same for everybody else following along.

As far as updating everybody about Mike's "vacation" (Does Mike Holmes ever really take a vacation?) we're going to pick up where we left off yesterday. Yesterday, the Holmes Spot signed off right as Mike was finishing his segment on the Fanny Kiefer Show. As a thank you gift, she gave Mike a bottle of Crown (Canadian whiskey). I'll bring the Coke!

Mike and MJ's next stop? Off to give a pep talk to Team Saskatchewan! Interesting, I see a camera and a cameraman with a Holmes on Homes style "CREW" shirt on. Wonder where the video is going to end up??? Posted yesterday around 10:15AM PST:

Onto the next one. Off to meet Team Saskatchewan. 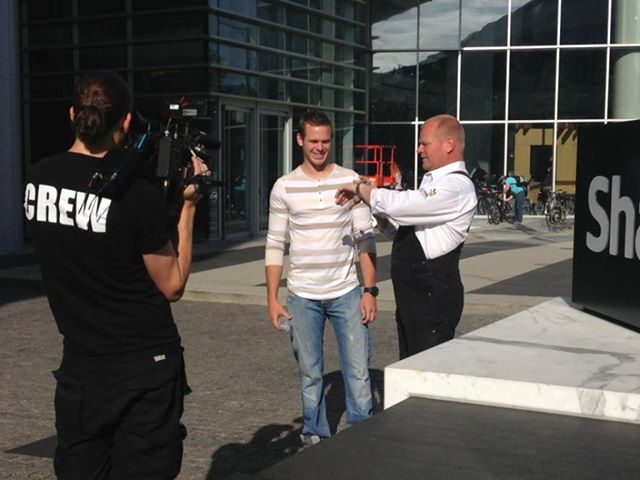 While with Team Saskatchewan, Mike Tweeted this yesterday around 11:30AM PST: 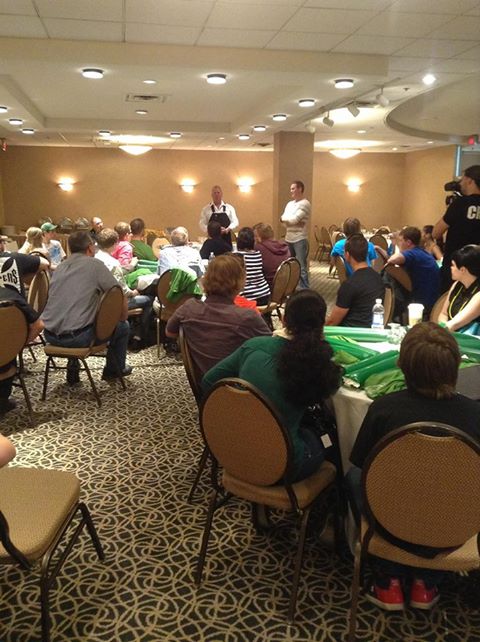 After meeting and greeting Skills Canada competitors, Mike and MJ were off once again, this time to appear on the Canadian entertainment show The Rush. Posted yeserday around 12PM PST:


After The Rush, there was no time to rest! Mike headed off to the rehearsal for the Skills Canada Opening Ceremony. Mike Tweeted this around 4:30PM PST:

@Skills_Canada The rehearsal before the big show tonight. It's GO GO GO #sccVancouver2013 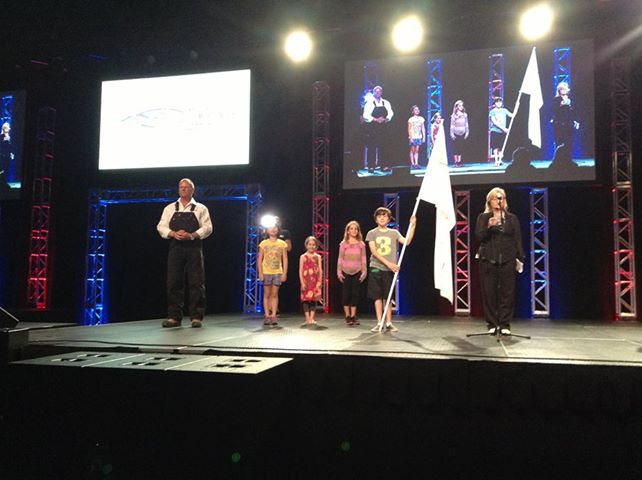 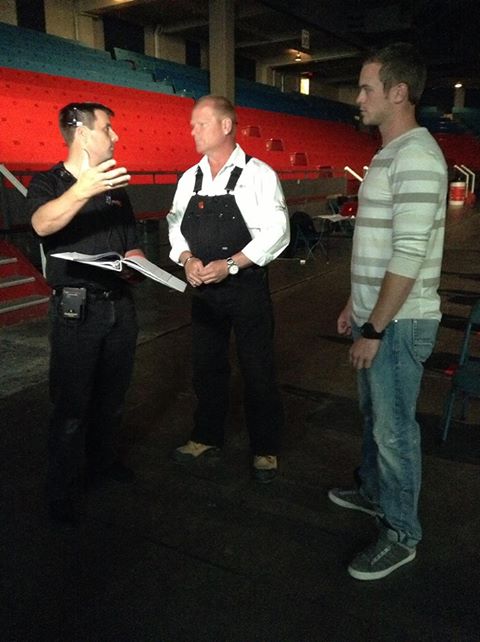 Mike was impressed by a cameraman on rollerblades. Apparently he's never seen that kind of thing before. (Living in Vegas, and being a photographer at many large events such as the World Series of Poker Finals held on 7/7/07, I've seen photographers and cameramen doing much more innovative things to get that perfect shot! Rollerblades are practically standard fare for huge events!) Posted last night 8PM PST:

Reels on wheels. Love it @Skills_Canada Ah, finally Mike and MJ got the chance to sit down and enjoy the show! Posted last night around 9PM PST: 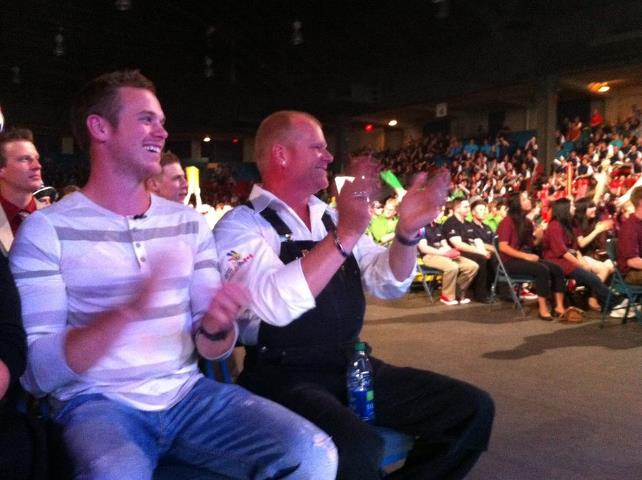 What a busy night. I'm sure after that the guys were off to bed, only to wake up this morning and do it all over again. Posted this morning at 8AM PST:

This is your wake-up call, Vancouver. About to go on CTV Morning Live with MJ. 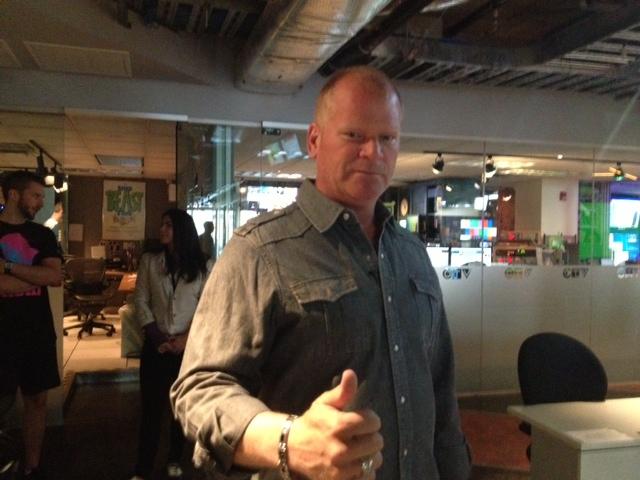 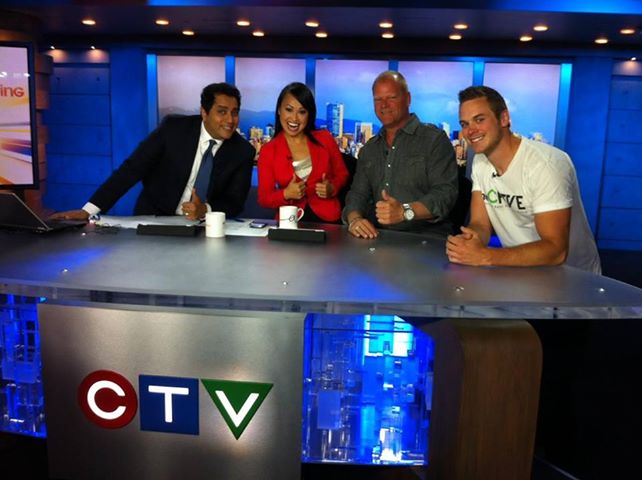 After the Morning Show, Mike was off again to the competition. Again, another camera(wo)man with a "CREW" shirt. Is there a video update coming soon? Exciting stuff!  Posted around 10:45AM PST: 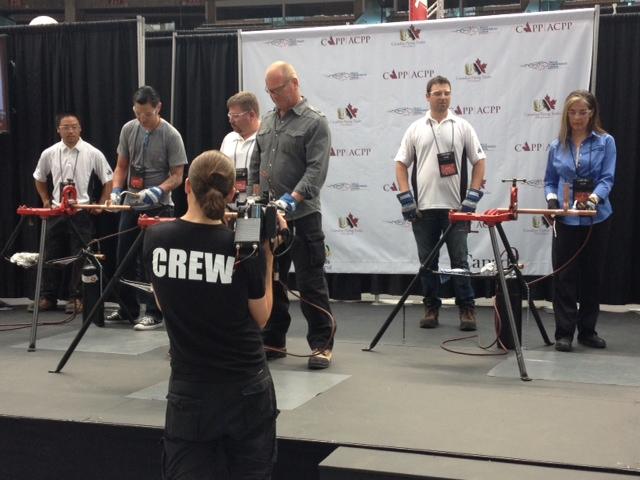 Judging by the trend of the blow by blow account of Mike and MJ's day for the past couple of days, more updates and pictures to come! I can't wait!