Mike Holmes is no stranger to controversy. He often takes stands that forces others to take notice. Such is the case with Mike's latest controversial project, the Winnipeg town house project The Yards at Fort Rouge. It seems kind of funny that a building development could raise so many eyebrows, but it has. In fact, it has residents "steamed" according to the CBC news story below. The reasons for the controversy range from residents being unhappy about the changes a development of that that size will bring to their local community to concerns about controversial developer Andrew Marquess. Once complete, The Yards at Fort Rouge will span 400 units, which will indubitably bring more traffic to the area. Residents are also concerned that the project will develop too much of their "green space" areas. Both of those complains are fairly common with any building project that goes up, but one area of contention stands out above the rest. People are concerned with the fact that Mike Holmes is mingling his good name with Gem Equities, a builder which has accrued many complaints and lawsuits in its lifetime. 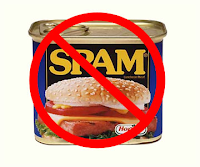 Mike's association with this builder is so contentious that people have been inundating blogs and websites like the Holmes Spot with spam comments. I've manually pushed some of these comments through due to the fact that Blogger has filtered them into the spam folder. The fact they're being filtered out as spam tells me that people are posting these pre-fabricated comments in multiple places. Dissenting opinions are welcome, but mass-posted nuisance comments will be removed and marked as spam. If you post a dissenting opinion, it better be from YOU, and you better post it once, not in multiple places on this blog.

A celebrity builder is on his way to Winnipeg to put his stamp of approval on a controversial urban condo development this weekend.

Home improvement guru Mike Holmes is scheduled to be at an open house at a massive Fort Rouge development.

The Yards condo development is a large in-fill project that runs alongside the main CN line and near the city’s rapid transit corridor.

Holmes is a partner in the development and will inspect the workmanship as the condos are built.

But some residents in the area aren’t happy he’s involved in a project associated with local developer GEM Equities.

“We’d ask [Holmes] to be respectful to our community and ask him why he’s upending his really good reputation by associating himself with such a controversial developer,” said area resident Bev Pike.

Andrew Marquess owns B&M Lands and GEM Equities. His companies have both faced numerous civil suits and have been the subject of many complaints to the Residential Tenancies Branch.

A court registry shows he has settled all of the law suits filed against him, and according to Marquess, those problems are behind him.

“It was a difficult period of time for us,” he said. “Many businesses have ups and downs. We had ups and downs, and we’re moving forward.”

But Pike said it’s not just the legal difficulties that concern area residents. Pike said residents are worried about traffic, a loss of green space and the height of the development.

But Marquess said a lot of effort has been made to include area residents in the process.

“We’ve reached out to a certain small group after the public consultations and zoning process were complete,” he said. “[We] tried to listen to their concerns about traffic and traffic during construction.”

Holmes is scheduled to appear on Saturday, and will inspect the workmanship as the condos are built. Residents are hoping he will lend an ear about their concerns, and Marquess is banking on Holmes’ reputation will help keep things moving forward smoothly.