A quick side note... Mike Holmes has announced on his Facebook page that he is in Chicago today, doing some media. There aren't any more details about what he's doing, but I'm sure we'll know in the next day or so, if not sooner!

Any fall projects coming up? I am in Chicago today on a Satellite Media Tour giving tips on how to stay safe. 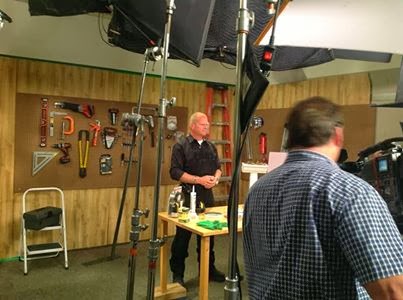 Just thought I'd mention that quick little detail before I move on to today's topic, which is the development that Mike has been involved with in Winnipeg. As I posted not too long ago, Mike Holmes has lent his name and support to a townhouse project called The Yards at Fort Rouge (see "The Yards at Fort Rouge" Building Project In Winnipeg for more information). People seem to be pretty excited about having the opportunity to purchase a "Holmes Approved" home, and the first phase of the project is expected to sell out very quickly. This article from the Winnipeg Sun goes into more detail about the development and Mike's involvement in the project. Once completed, the community is expected to be 400 units, which utilize energy efficient geothermal heating and cooling. The community is also expected to be within walking distance of public transit and the University, which makes it possible for residents to function without a car if they so choose.


From the Winnipeg Sun: 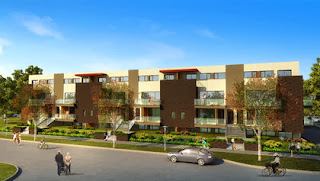 Mike Holmes is not only lending his well-known name to The Yards at Fort Rouge development, but his expertise as well.

The star of the Holmes on Homes home-improvement TV show insisted upon top-level construction at the unique development.

"When Mike came on board, he changed the level of construction we were doing," said Monica Newman, the broker for Rim Rock Realty, which is handling the sales of town homes near the Jubilee Avenue rapid transit corridor.

"The benefit is that the home owner is getting a quality of construction beyond the standard spec, and you can tell people they are getting something that has never been offered before."

And the name doesn't hurt, either.

In fact, Holmes will be attending the grand opening sales event at the display suite at 661 Argue St. on Saturday from 11 a.m. to 3 p.m.

"Mike was basically looking for a large in-field project somewhere," Newman said. "He heard about this, investigated it, and got involved."

The land at the old CN Fort Rouge yards is being developed by Gem Equities and should be the city's first transit-oriented development.

"What makes it special is that it's an in-field community where you can function without a car," Newman said. "It's minutes from downtown and from the University of Manitoba, and it's within walking distance of transit."

The community will feature 400 units of energy-efficient town homes that will employ geothermal heating and cooling.

The community will also be close to schools, community clubs, parks, and businesses.

"It's about building smart and living well," Holmes said in a release. "We're working with the land and building homes that make sense, for homeowners and the environment."

Holmes will reportedly inspect each unit four times and a final inspection to each homeowner.

Three-bedroom units will start at $289,000. The project is expected to take five years to complete.