I discovered today that Damon Bennett has a public figure Facebook page, something which I feel is LONG overdue. Damon Bennett is, for all those who don't know, Mike Holmes' number one go-to guy. He's been with Mike since the early days of Holmes on Homes, and he's been his site supervisor for as long as I can remember. He's also slated to be getting his own show, Damon Bennett Restoration Co. Rumor has it, it may be airing as soon soon as January in Canada.

So how popular is Damon and why does he need his own Facebook page? Well, the most visited post on the Holmes Spot is  IT'S THE DAMON SHOW! posted just about a year ago on September 16, 2012. The second most visited post on the Holmes Spot is An Update on Damon Bennett Restoration Co. posted in January of this year.  Tens of thousands of people have visited these pages, which indicates to me that Damon has a lot of fans! "Damon Bennett" is also the second most searched for term on the Holmes Spot, right behind "Is Mike Holmes Married."

So to all the Mike and Damon fans who have Facebook accounts, I would encourage you to check out Damon's page and support it by liking it. 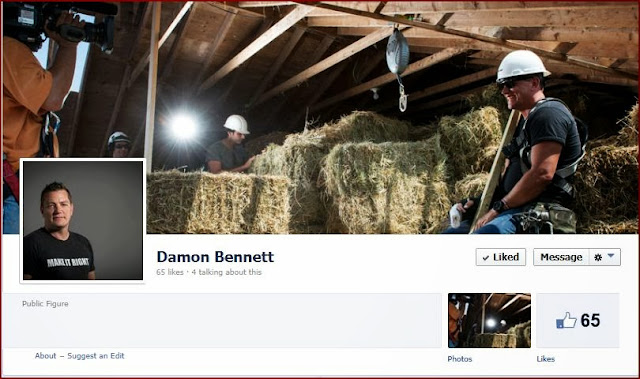