This story came out about a week ago while I was on my break, so thank you to Jundee and Don M. for bringing it to my attention!

It's really hard not to love Mike's shows. They're like potato chips, you can't watch just one. For me, I watched one episode of Holmes on Homes a few years ago and my DVR has never had a free megabyte of space ever since. Until August 2013, Americans had gone a long time without Mike. Luckily for those of us who do get the DIY network (it is a premium channel for many cable subscribers) Holmes Makes It Right has been airing to a very receptive audience. So receptive, in fact, that the 9/3/13 episode, Caught in a Trap part II, "shattered" audience records, with an astounding 570,000 viewers "making it the most watched episode of any series in DIY Network history." That is amazing, but certainly not surprising! Over half a million people... that's like 10 sold out Metallica concerts! There was no doubt in my mind that Mike's new show was going to be huge when it landed on this side of the border, and when it does finally come out on HGTV/US, I have a feeling it's going to break a few more records. 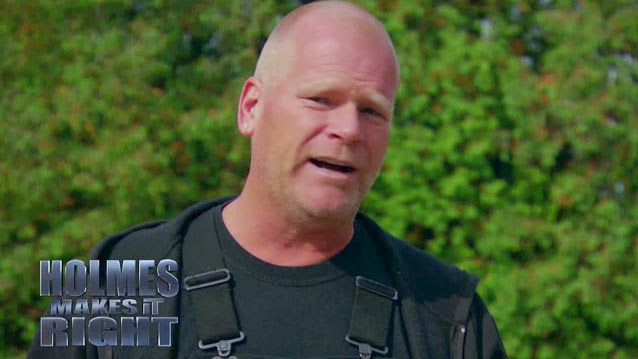 Page Content
​New York --For Immediate Release - September 5, 2013--DIY Network, celebrating its 14th year anniversary this week, has set a number of audience records for the week ending 9/1/13. In fact, it set a total day audience record on Sunday, 9/1/13, averaging 288,000 viewers. The network also set a record for the most watched week, averaging 171,000 viewers in total day and 260,000 viewers in prime. The momentum continues this week with the Tuesday, 9/3/13 episode of Holmes Makes It Right averaging 570,000 viewers -- making it the most watched episode of any series in DIY Network history. For the week ending 9/1/13 DIY Network reached more than 10.8 million viewers and during August 2013, the network reached 19.3 million viewers.
"The ratings momentum that we're seeing with DIY Network reflects the affinity that audiences have for expert hosts tackling very relatable renovation challenges" said Kathleen Finch, president, HGTV and DIY Network. "Our powerhouse experts inspire and empower DIY-ers to take on their own projects. It's much easier to think you can do it when Mike Holmes, Nicole Curtis or Vanilla Ice have your back."