Mike Holmes was in Winnipeg yesterday, September 21, for the ribbon cutting ceremony at The Yards at Fort Rouge Grand Opening Sales Event, located at 661 Argue St. After an informal meet and greet with attendees, a question and answer session was held where residents and future buyers were allowed to address their concerns about the controversial project to Mike himself. The event was held between the hours of 11AM and 3PM. Mike explained why he was doing the project and stood by his decision, implying that going with controversial builder Gem Equities was the right decision to achieve his goals to build environmentally friendly homes that will last for a long time. "So obviously for years, I've been sick and tired of minimum code. Sick and tired of the builders and developers out there that don't care about you, that don't care about the environment, that they care about making money and getting rich... are we thinking about the environment? Are we thinking about building smarter?" Mike explained to residents how his company would be documenting every step of the build and overseeing the project to make sure the project is done right and all parties involved are satisfied and happy. "This community will be a beginning for Winnipeg to start from, to build better, to move on to keeping this...if anyone's got a negative, I'd really like to hear it because I don't see a negative here whatsoever." The planned community will be located next to the Jubilee Avenue rapid transit corridor so that residents can live without cars if they so choose. 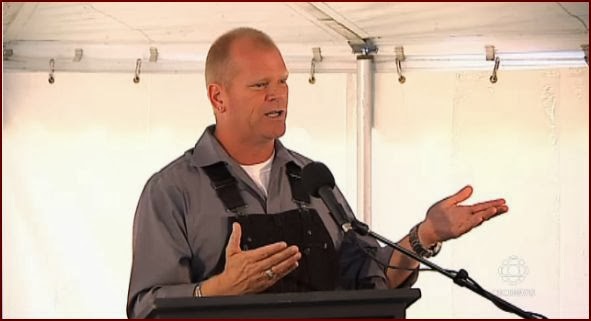 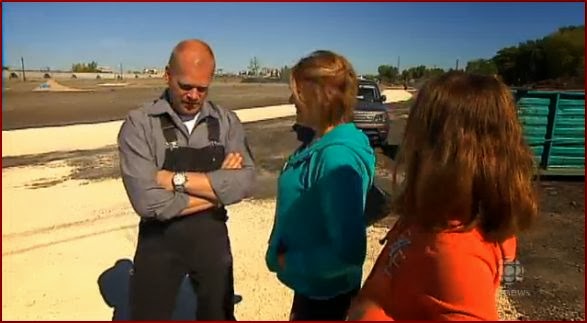 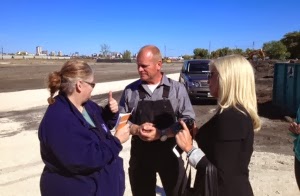 Celebrity handyman, Mike Holmes, was in Winnipeg Saturday for the ribbon cutting of a new, energy townhouse development his company will help build. (CBC)

Home improvement celebrity Mike Holmes was in Winnipeg for the ribbon cutting for a new townhouse project at the CN Fort Rouge Yards that he will help build.
Holmes made the sales pitch to potential buyers at the construction site Saturday afternoon.

"These homes are designed for you, for me, for the environment for everyone to last," said Holmes. "I have been filming five year old homes, and it makes me sick that I have to go in and fix these houses."
The television handyman's company, The Holmes Group, will be involved in the construction of what its calling energy efficient townhomes that will have access to rapid transit, bike paths and green spaces.
The area is being developed by Gem Equities, calling it Winnipeg's first transit-oriented project.

Some people living in Fort Rouge aren't happy with the developers, saying they're not sure if the project is right for the neighbourhood.

Residents were handing out flyers Saturday which listed the project's negative points. 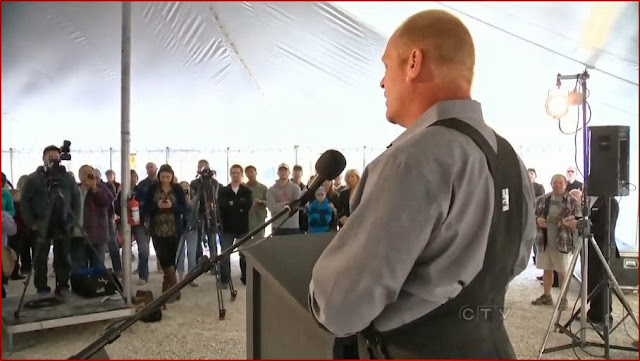 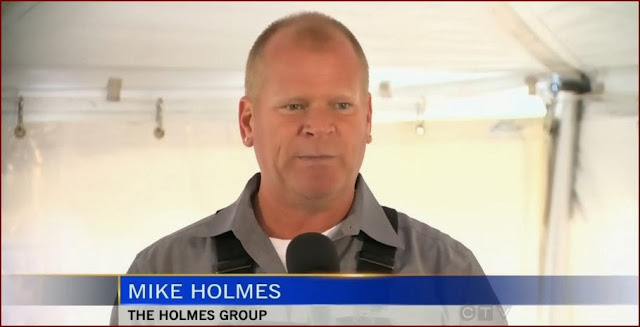