For the last couple of days, Mike Holmes and his daughter Sherry have been across the pond visiting London, England. 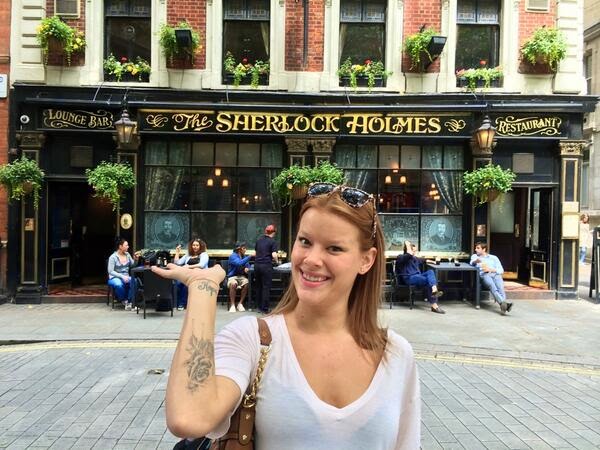 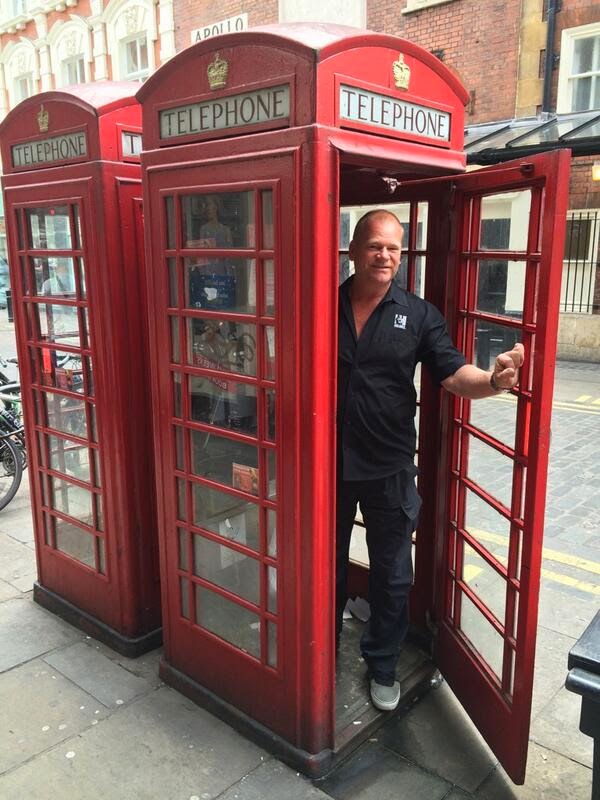 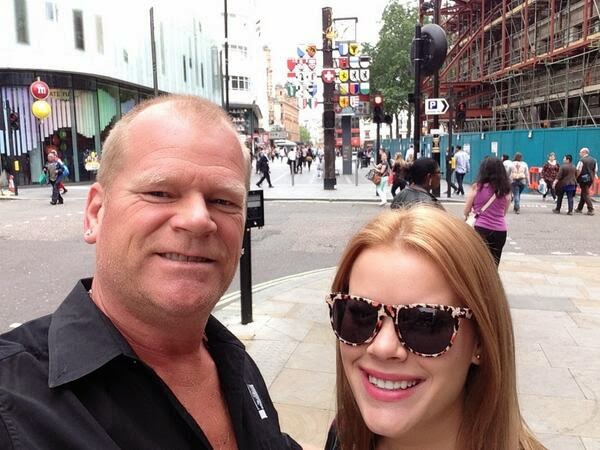 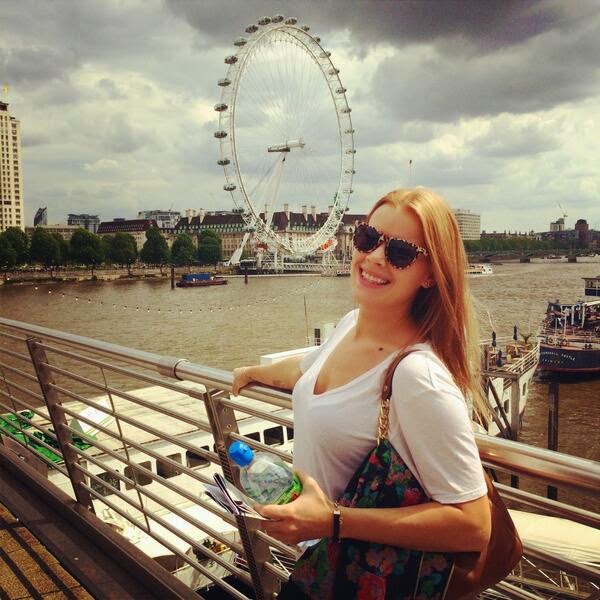 The reason for the visit? At first I suspected it might have something to do with Skills Canada, which held its opening ceremony today, June 4 in Toronto. However, Mike revealed the reason on his Facebook page:

As an official patron of the Royal Canadian Regiment I had the honour of going to the Buckingham Palace to meet Prince Phillip, Duke of Edinburgh.

I'm here with members of the RCR. After we met the Duke we had tea and toast by the Tower Bridges--never thought I'd say that. What a day!

Just a little background information on what Mike is talking about, in December of 2013, Mike Holmes was made an official Regimental Patron of the Royal Canadian Regiment. "A Regimental Patron is a senior position of distinction within an Army regiment and plays a valuable role in the Regiment’s focus on fostering community relations," according to a press release at the time of Mike's appointment last year. For more information about Mike's appointment as an official patron of the RCR, see Mike Holmes Named Official Patron of the Royal Canadian Regiment. Sounds fancy! Looks fancy too (see photos below!). Mike had the honor of meeting with some very distinguished people and representing his country and position as a RCR patron well. Bravo! 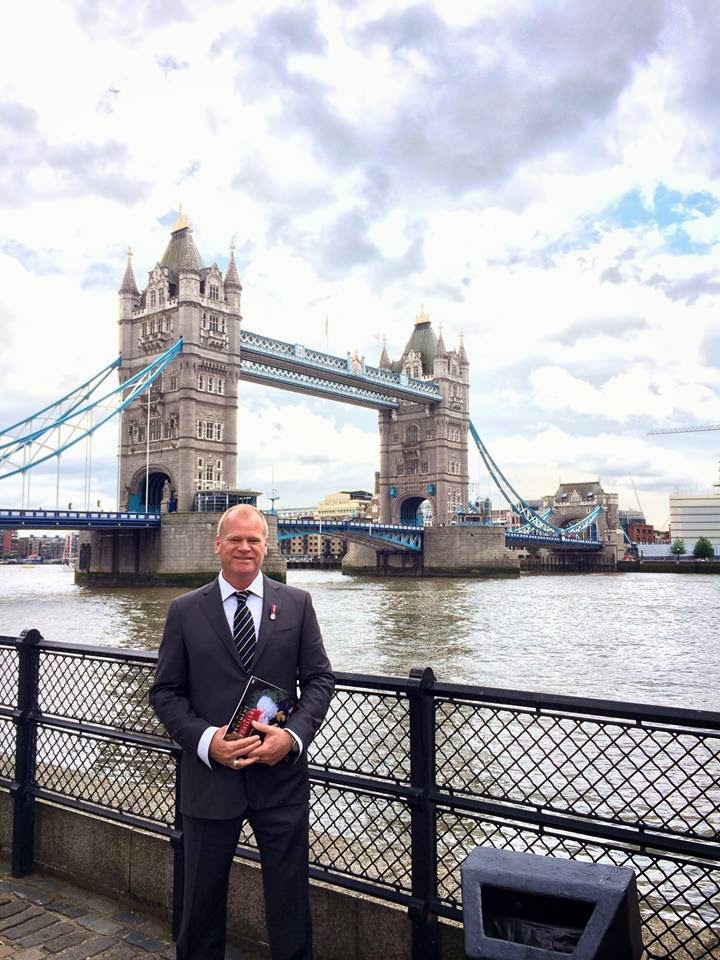 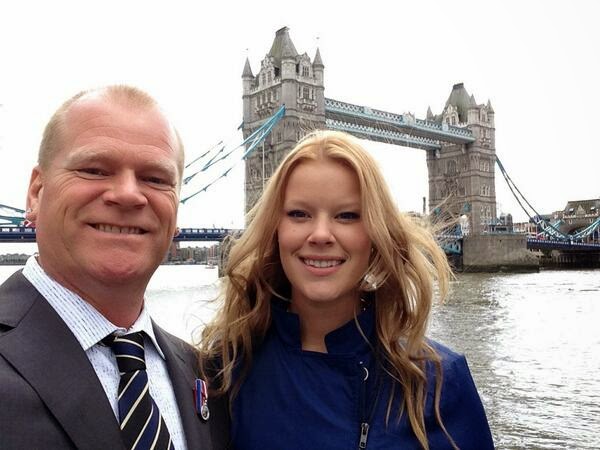 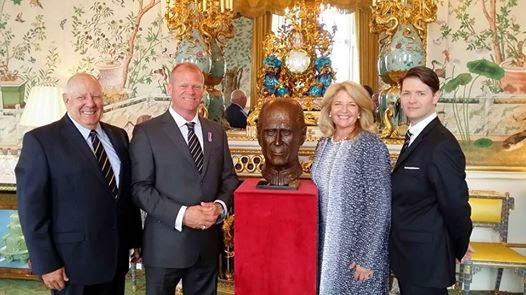 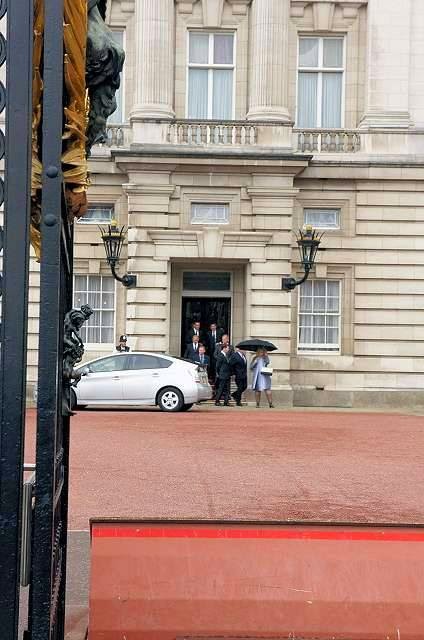 The photo below is a close-up of the bust, "HRH The Prince Philip, KG, KT. Colonel-in-Chief, The Royal Canadian Regiment." The bust is sculpted in bronze on a marble base. 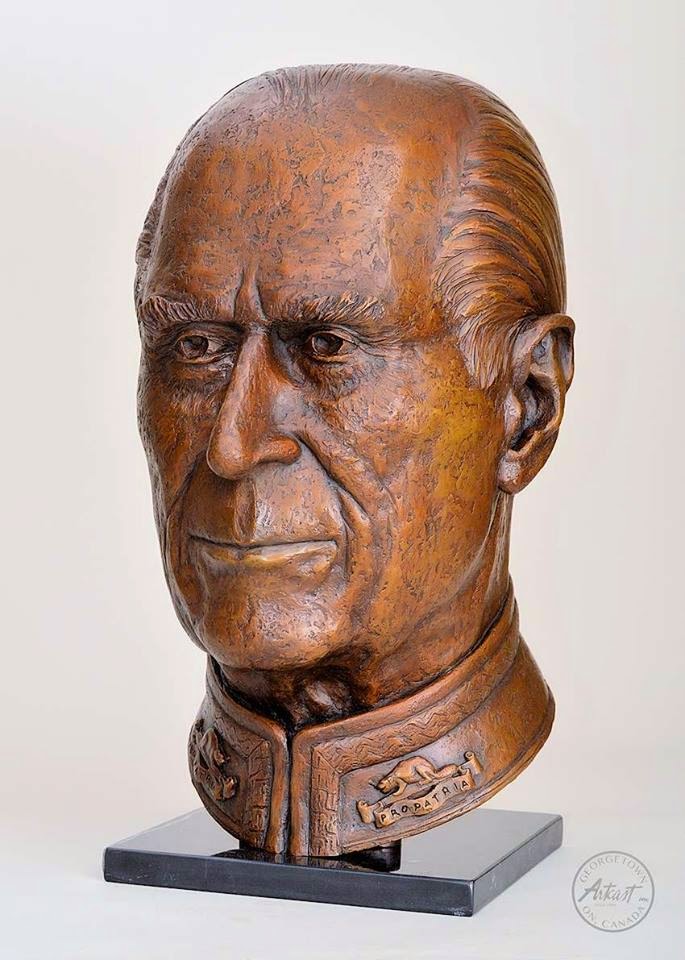 Safe travels home Mike and Sherry!
Posted by The Holmes Spot at 9:50 PM