Forget Throwback Thursday. Here at the Holmes Spot, were more of the "Flashback Friday" type. Last year in June of 2013, Mike Holmes and his Holmes Makes It Right crew visited the 4th Canadian Division Training Centre Meaford of the Canadian Army. While there, Mike and the crew had a little bootcamp-style fun, which included shooting machine guns, crawling around in the dirt, and scaling a very tall wall! Just an average day on Mike's crew, I guess. Some of the footage made it into the episode of HMIR, "Log Jam." Here are some photos of Mike sporting fatigues from the "4th Cdn Div TC" Flickr page. 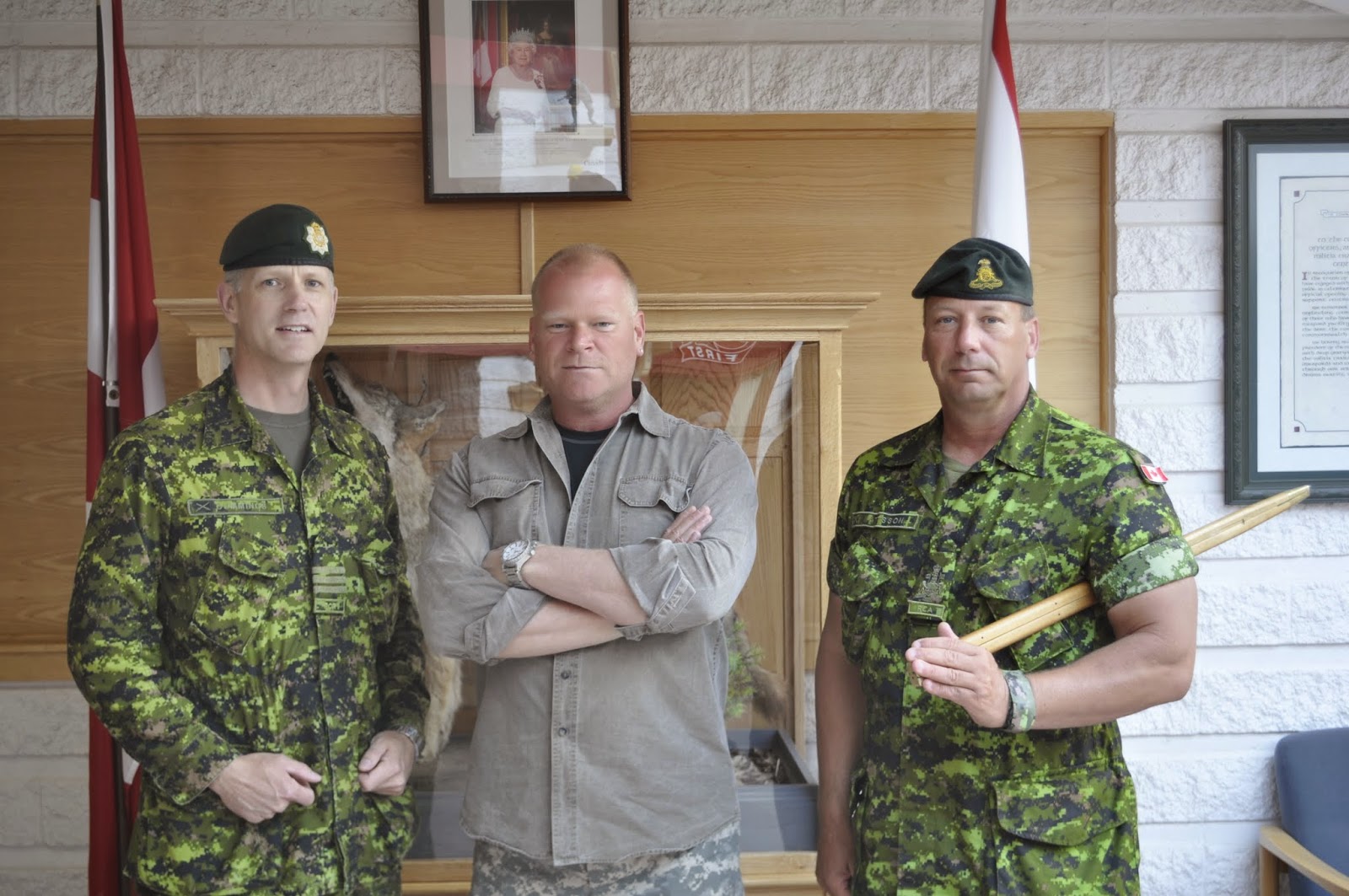 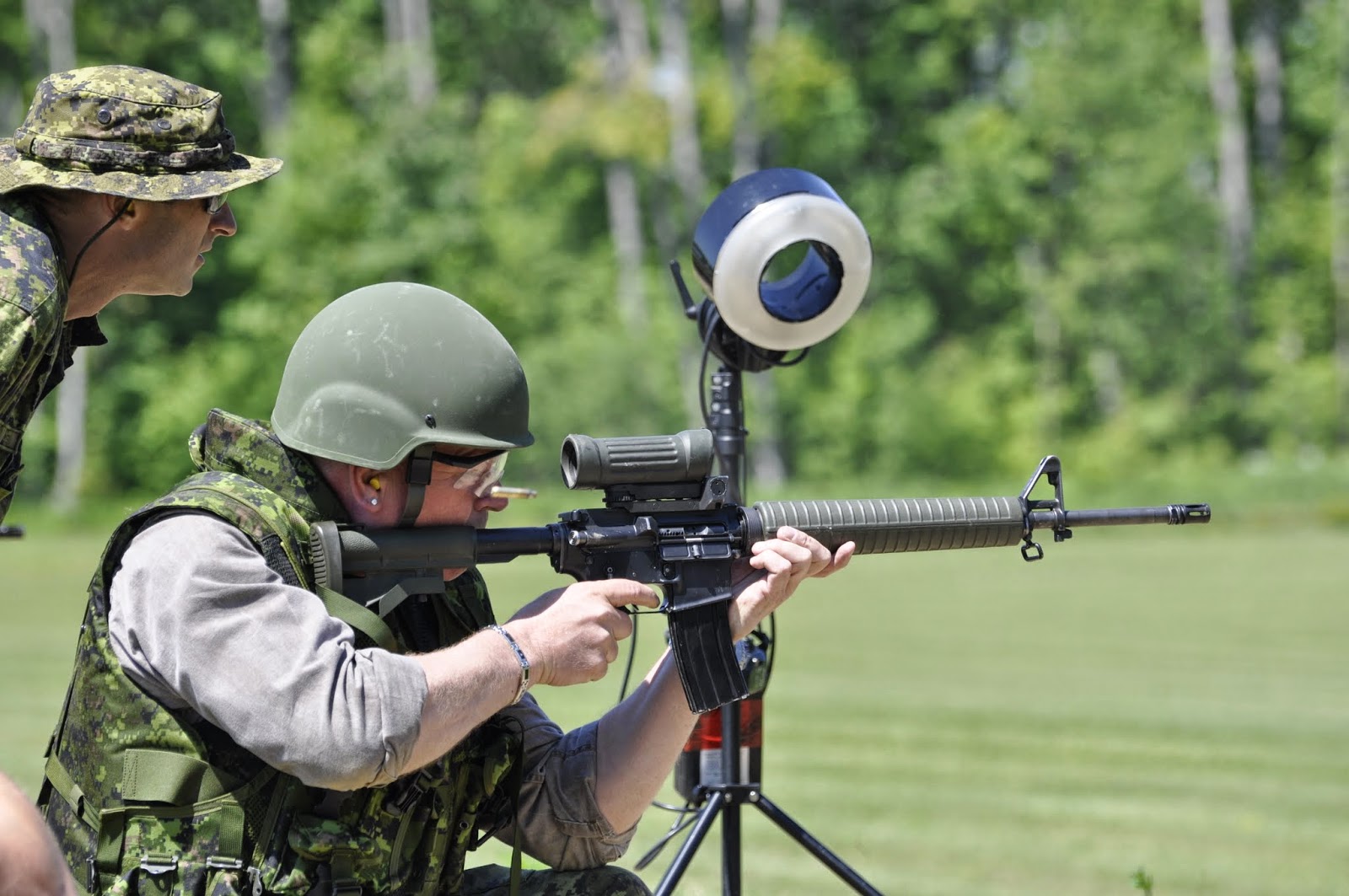 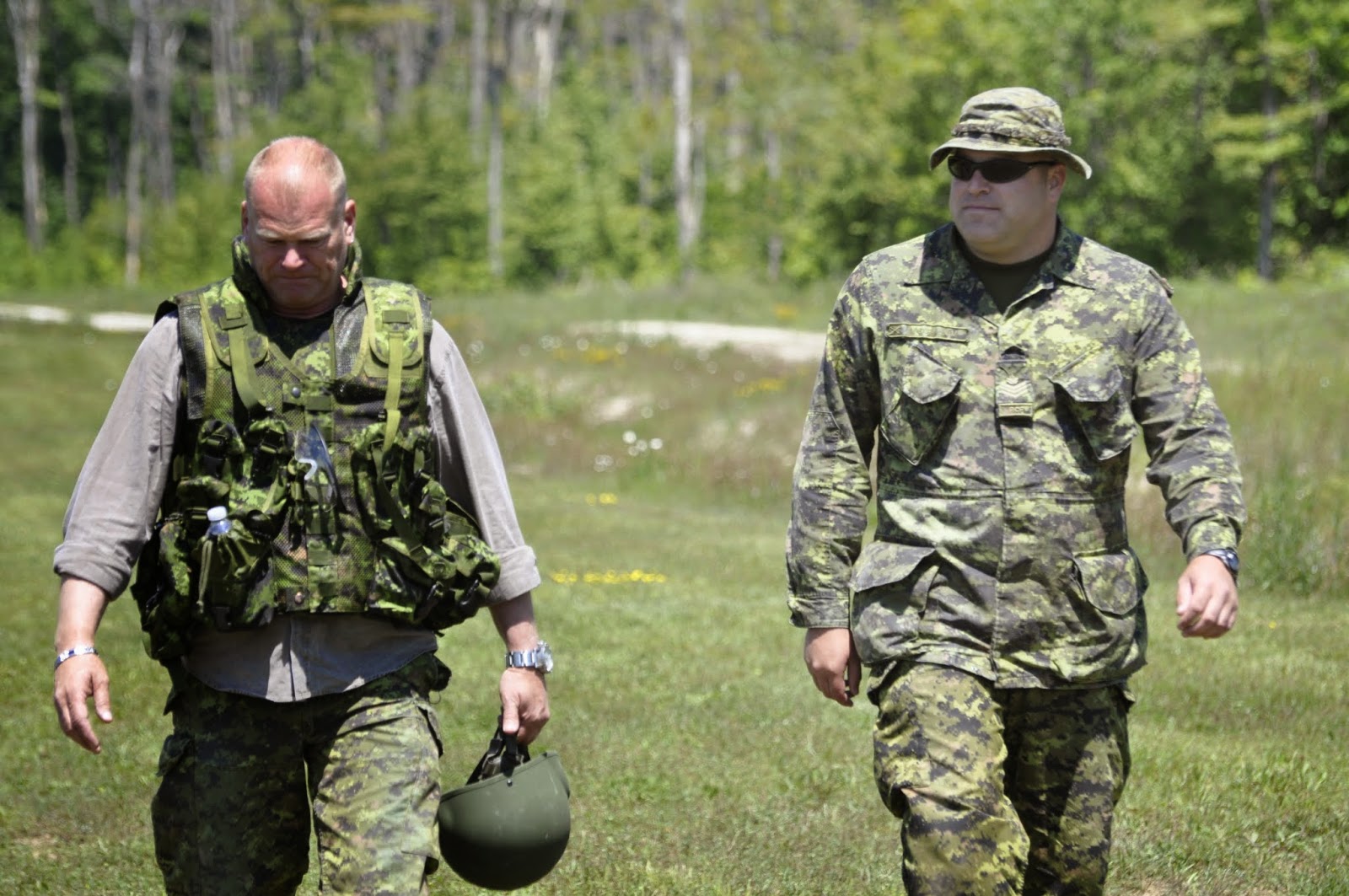 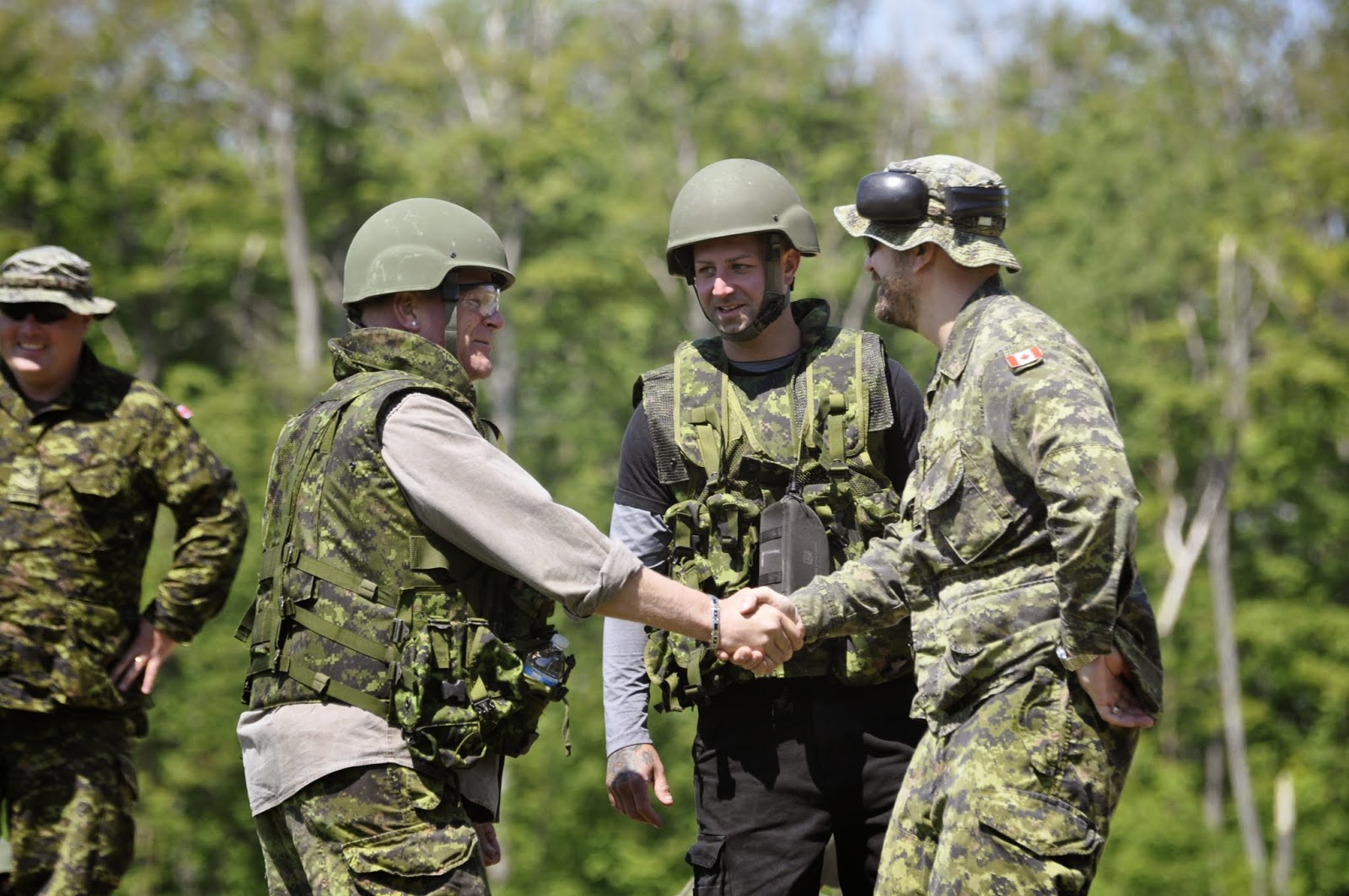 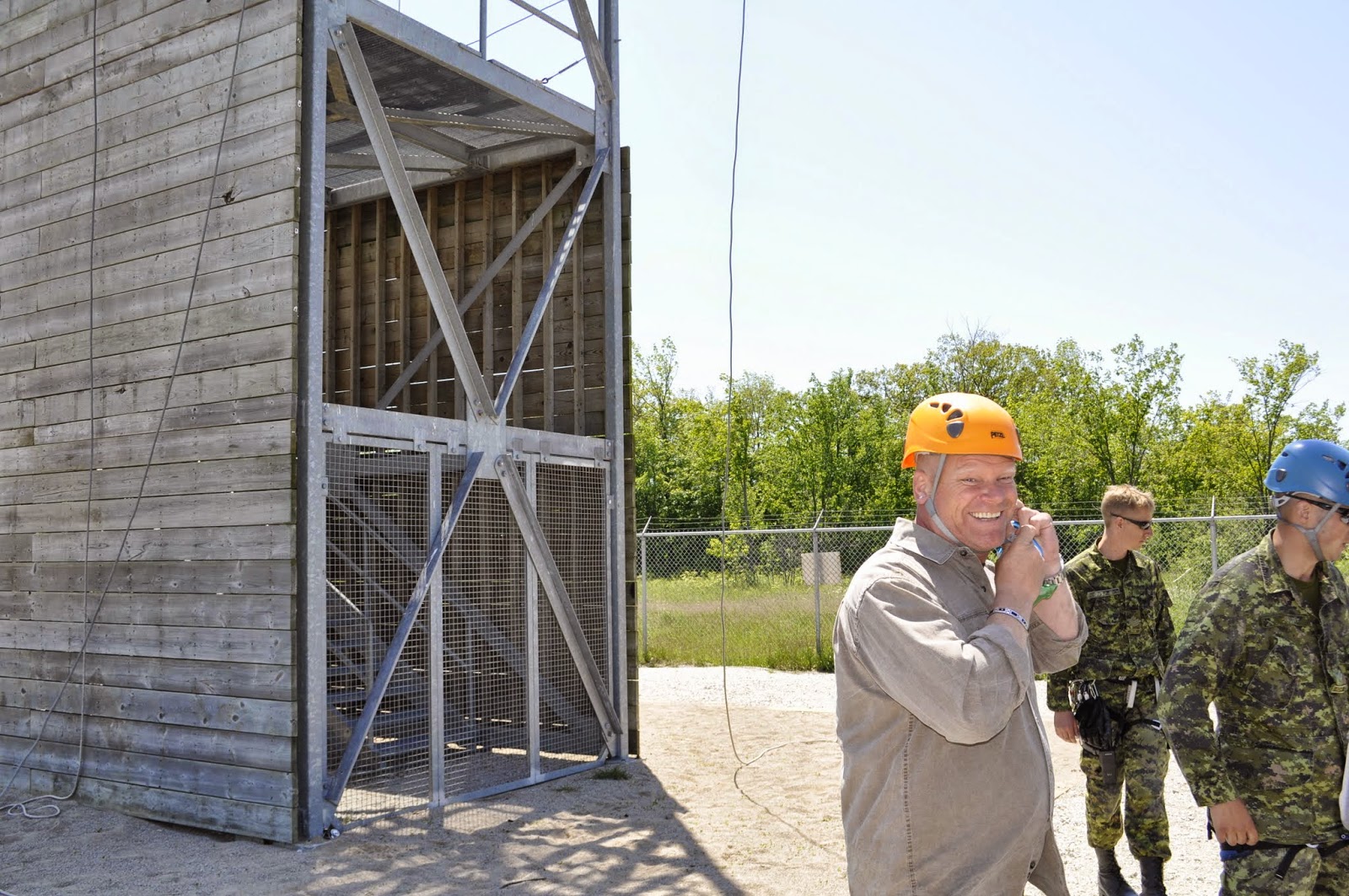 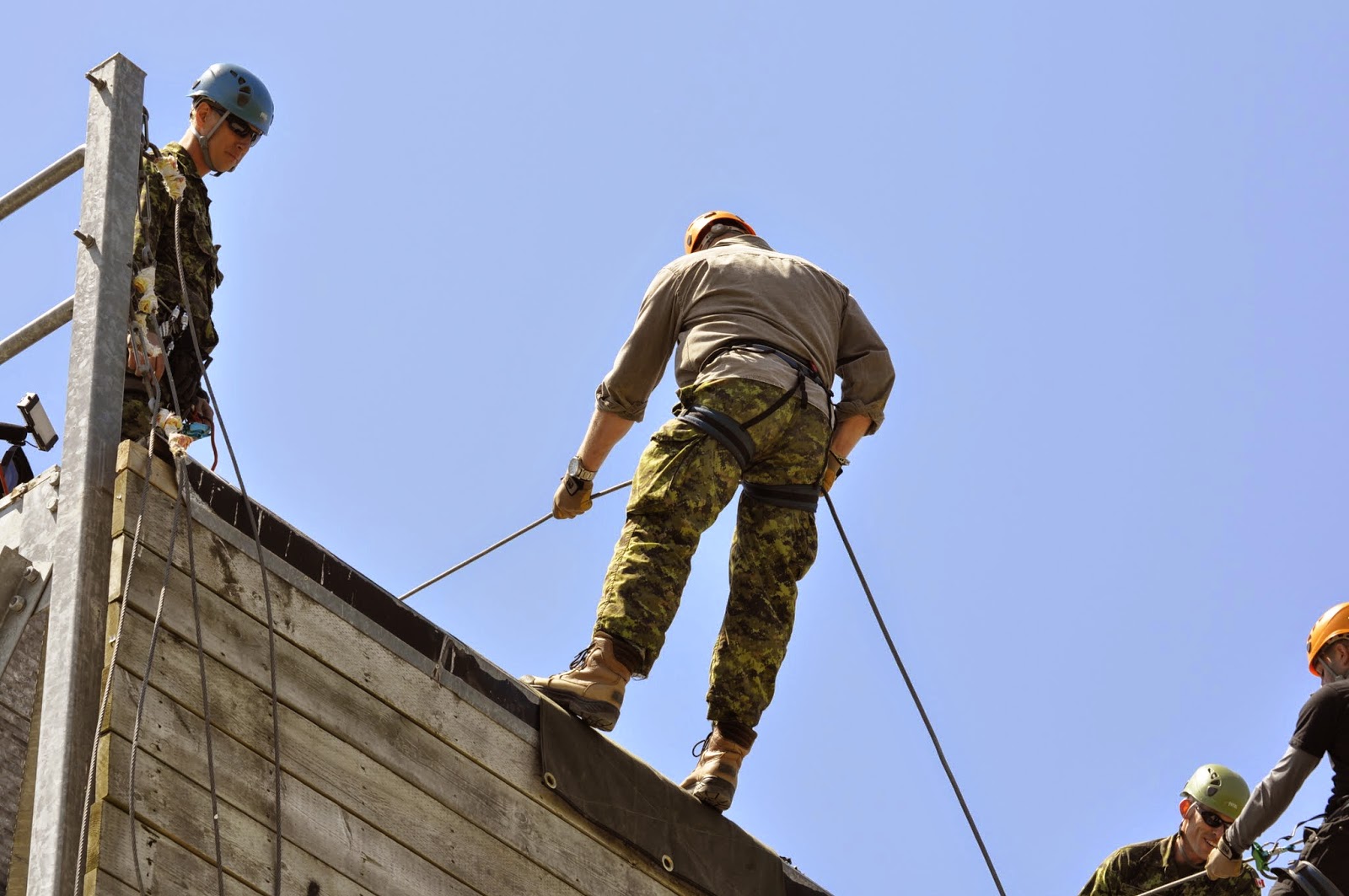 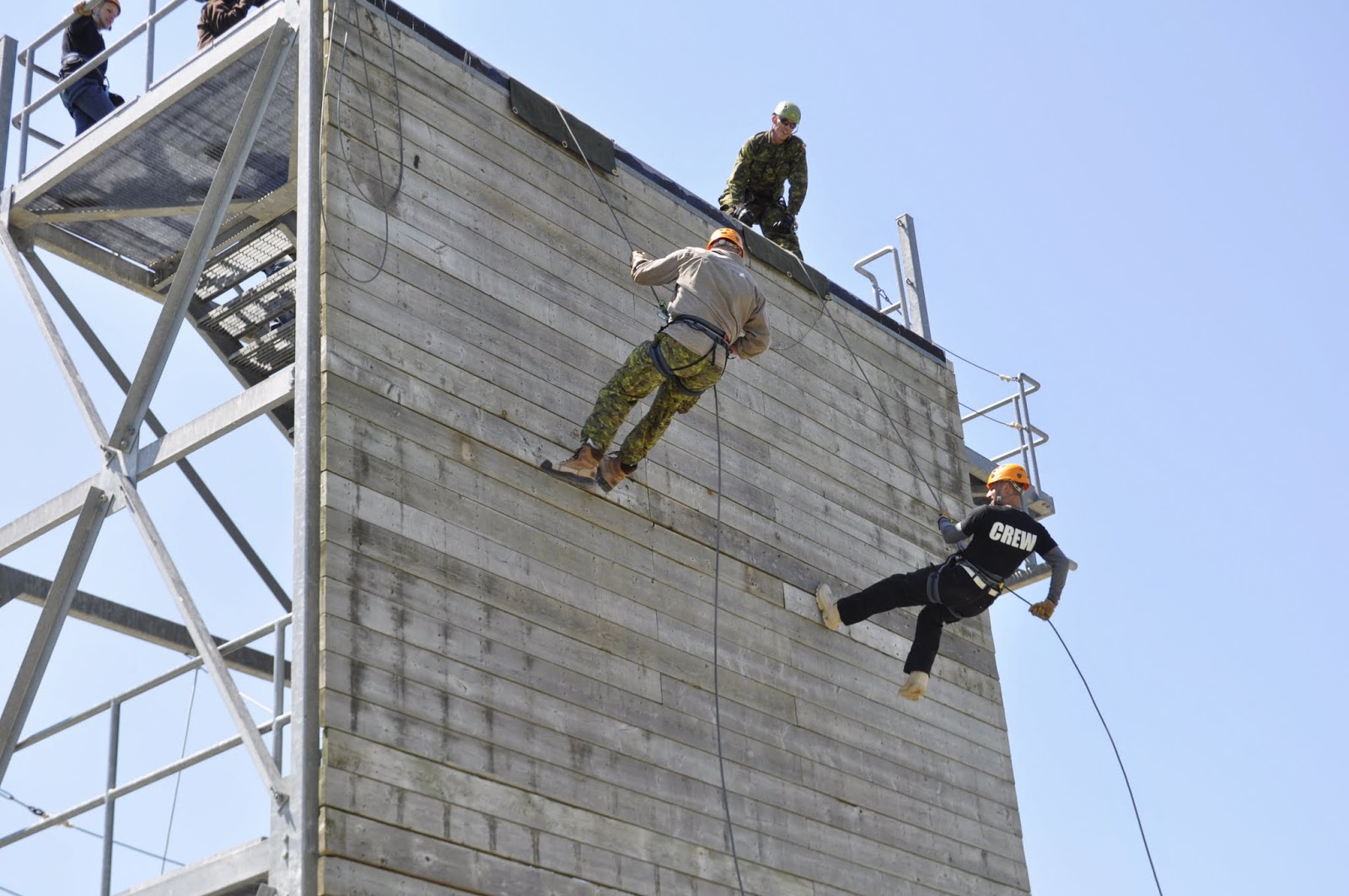 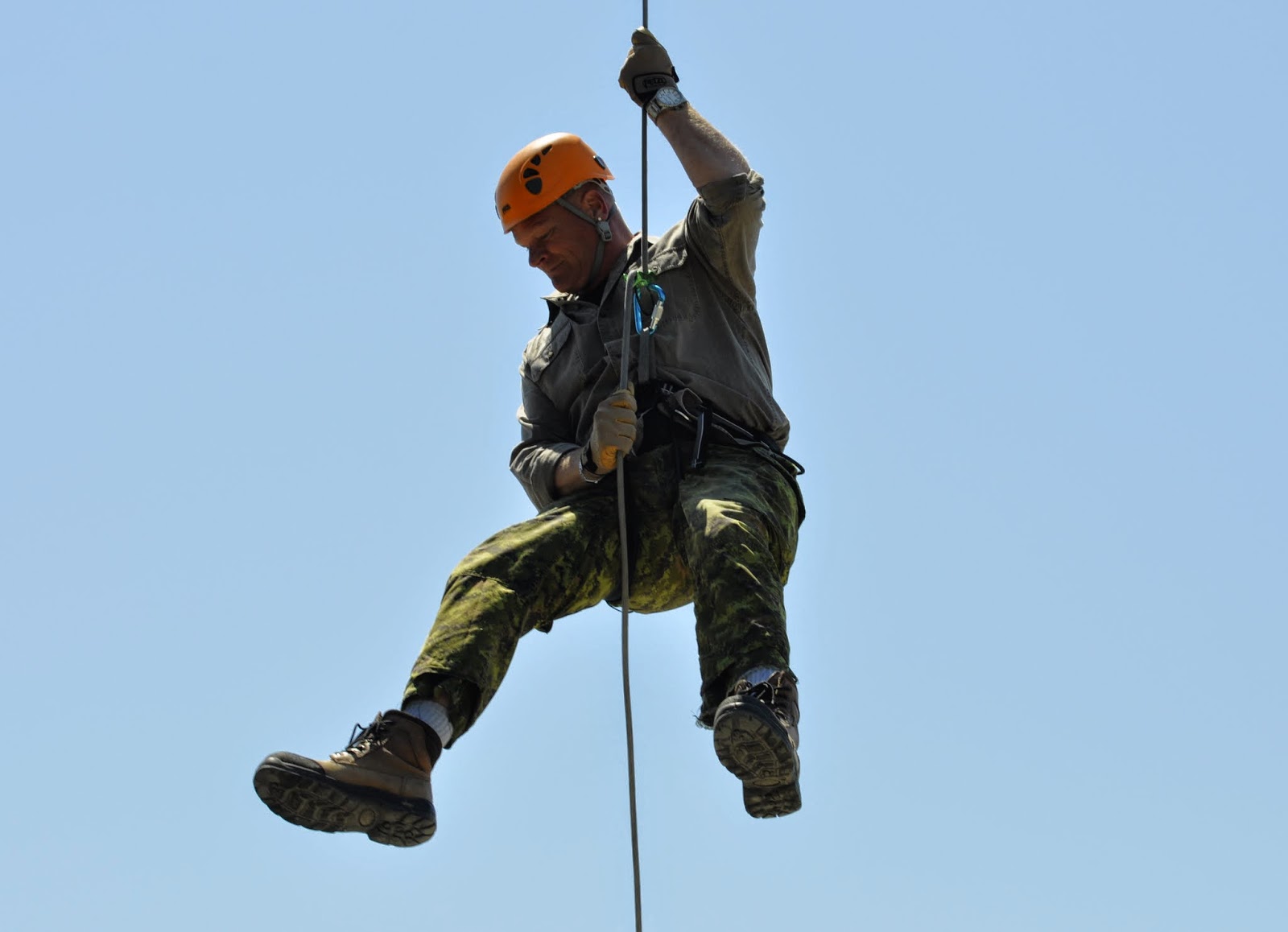 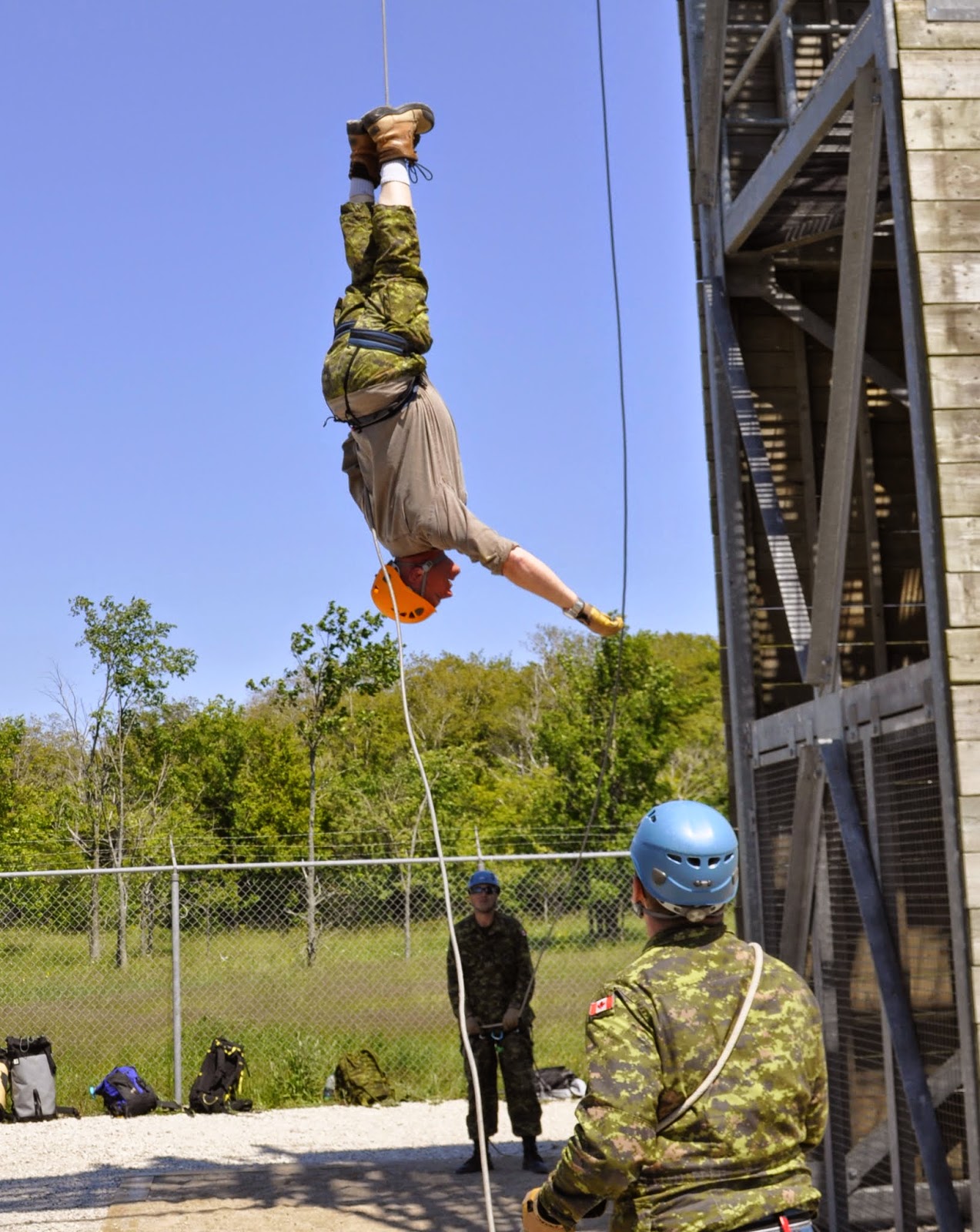 You know, it's funny... we don't normally get to see Mike from those angles. Looks like he had fun!
Posted by The Holmes Spot at 10:12 PM